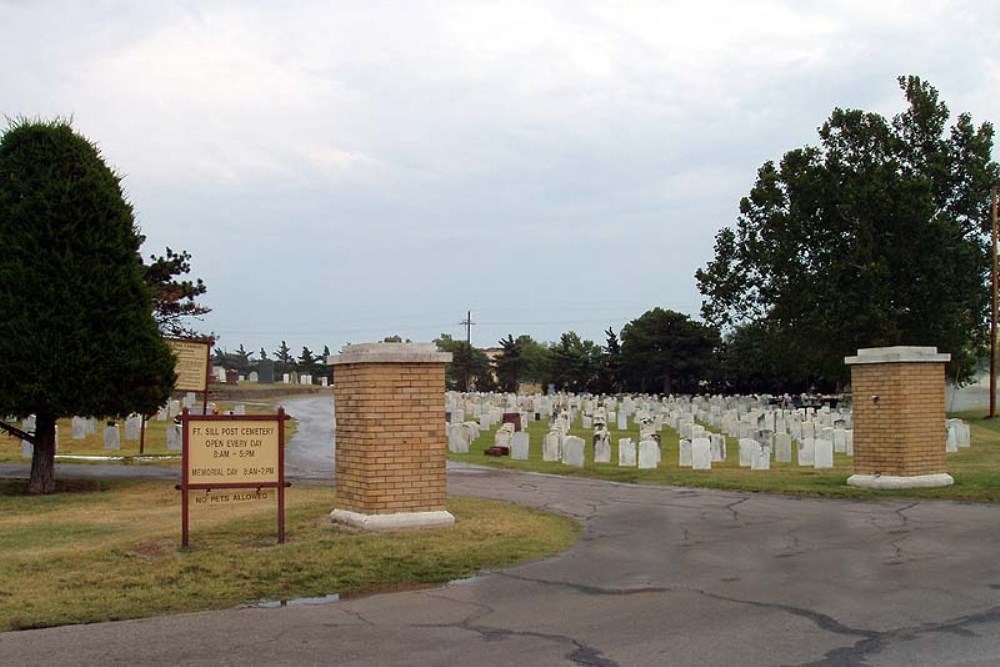 The burial place Fort Sill Post Cemetery contains the graves of the following people, who fought for the United States of America and who gave their lives in the War in Iraq and/or Operation Iraqi Freedom:

There are also eight American war graves of the Second World War (including two soldiers who were hanged).