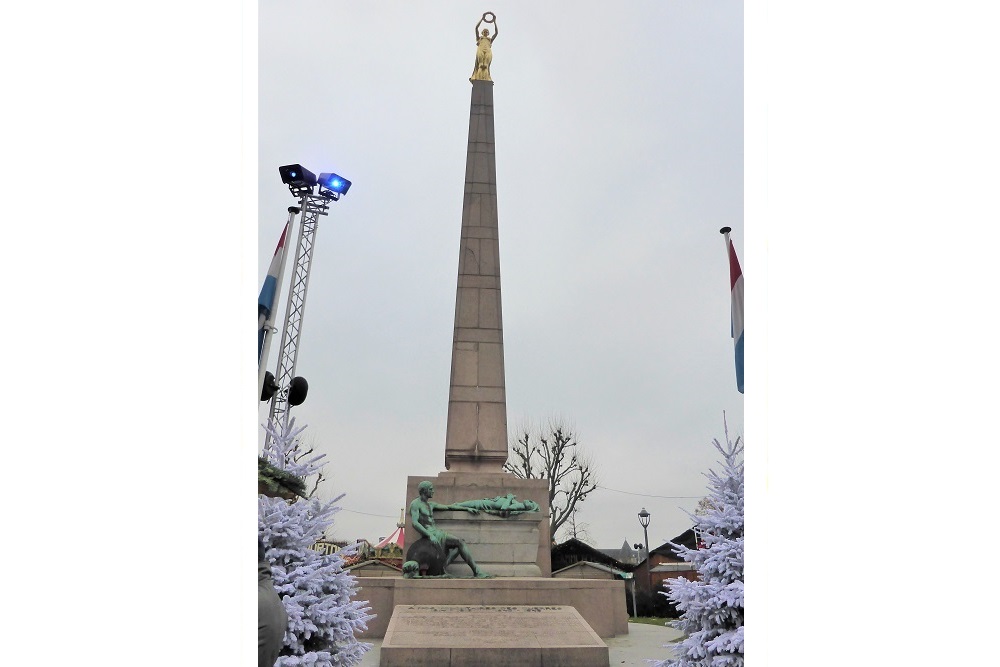 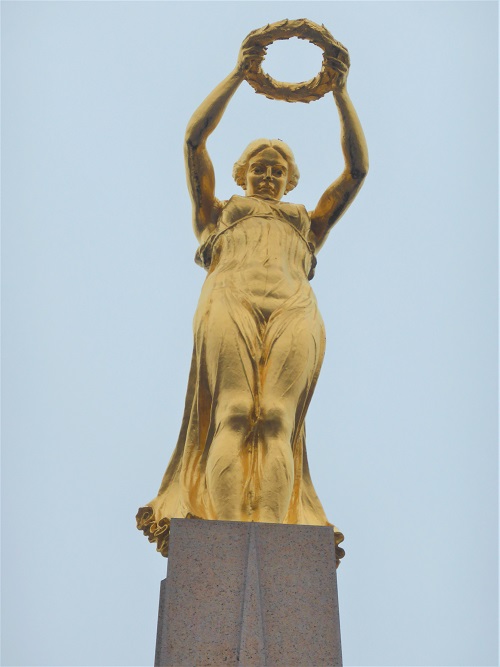 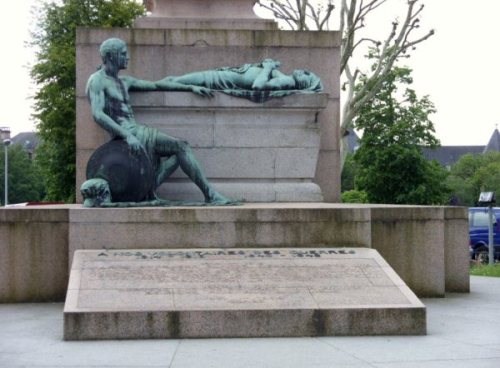 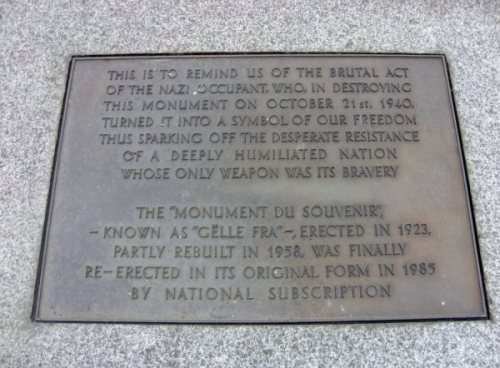 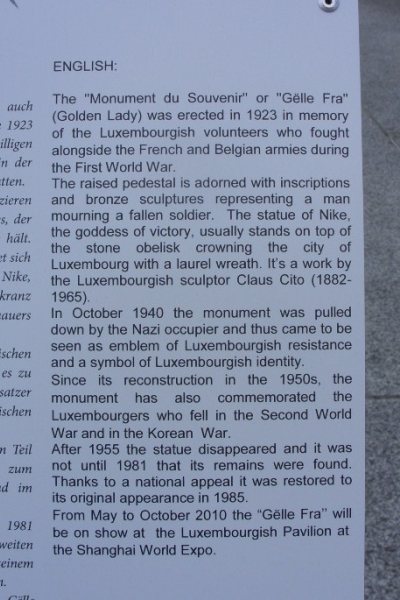 This memorial, Gëlle Fra (Golden Lady), is erected to commemorates the redidents of Luxembourg who gave their lives in World War I.

In october 1940 it was pulled down by the Nazi occupier and therefor it became a symbol of the Luxembourg resistance. After World War II, it was recontructed and now it also commemorates the Luxembourg victims of the Second World War and the Korean War.