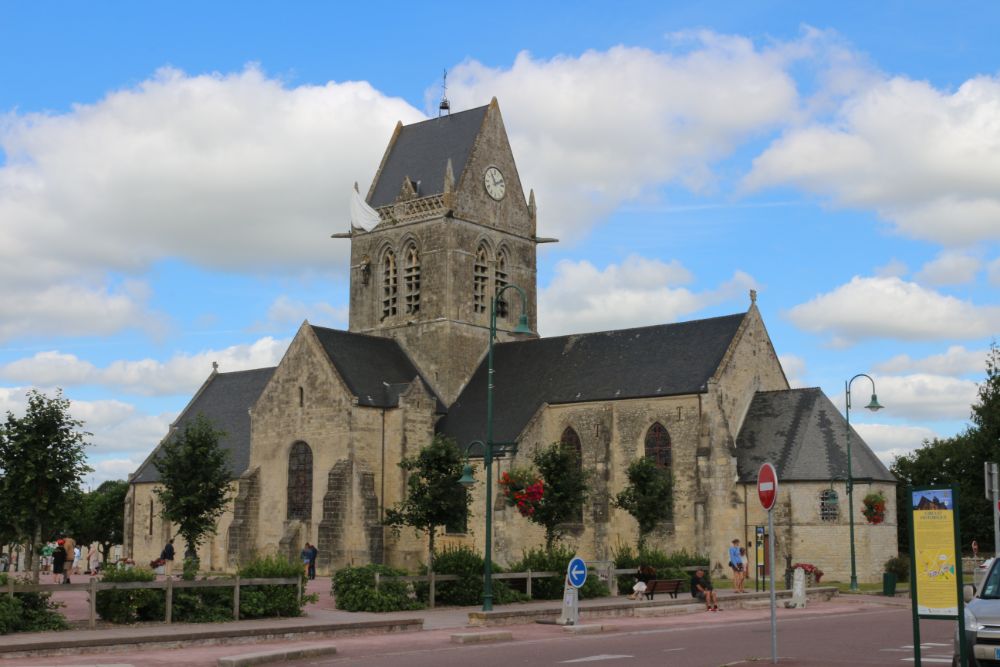 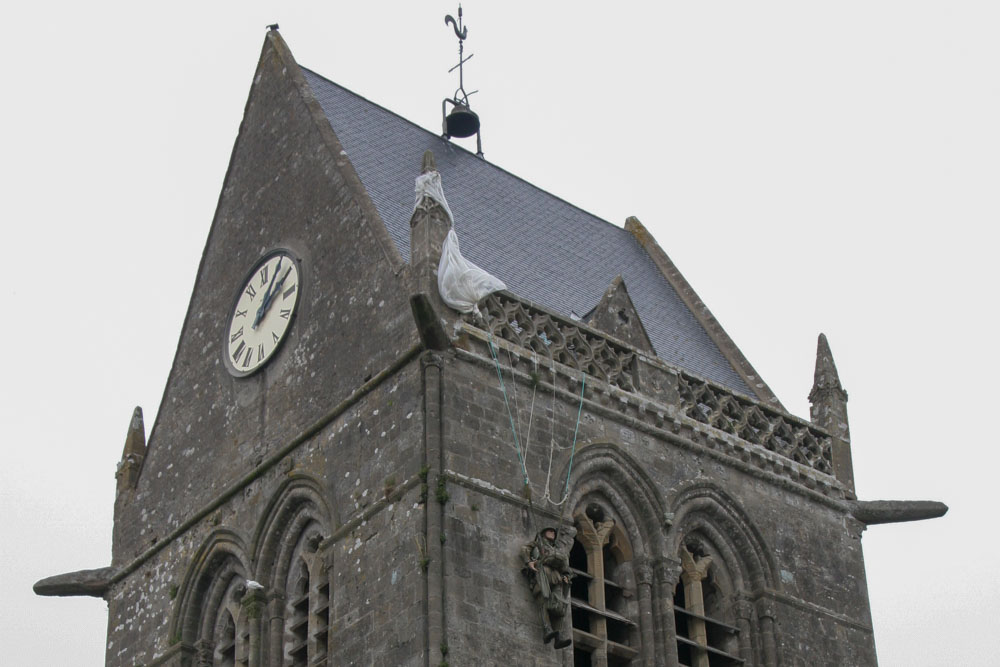 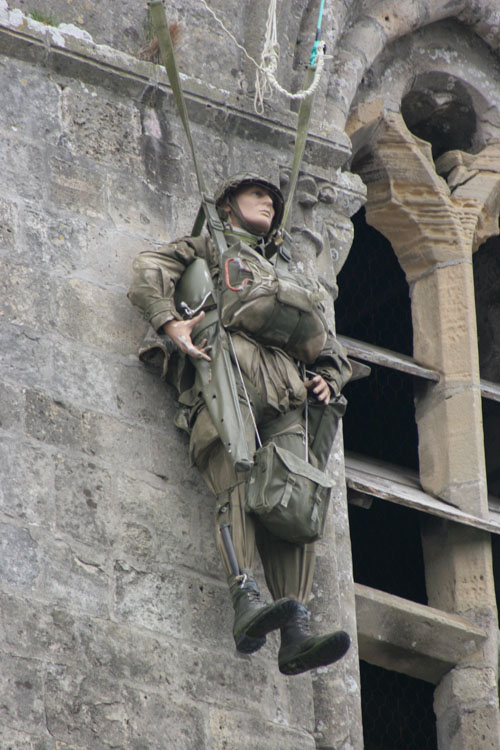 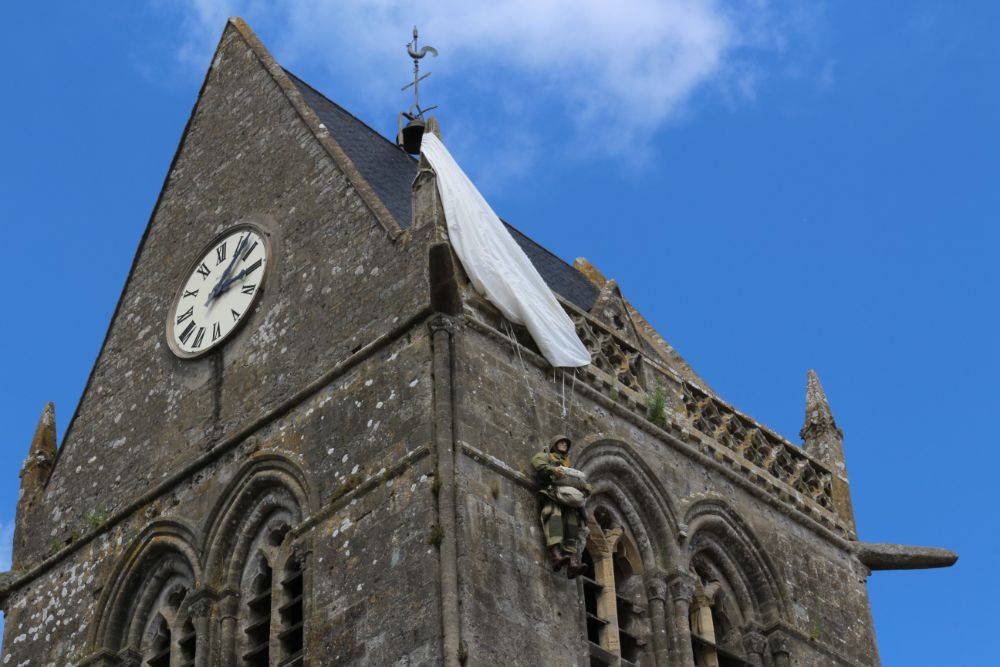 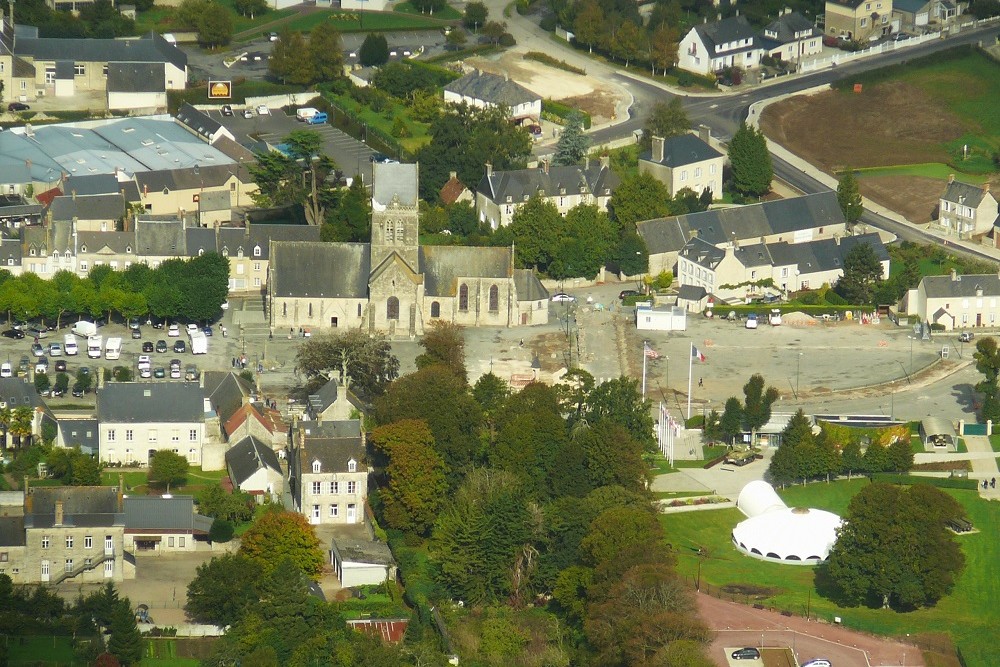 Sainte-Mère-Église, a village on the Contentin peninsula, became suddenly world famous on the night of 5 to 6 June 1944. To protect the flanks of the landing beaches, the village had to be captured and the 82nd American Airborne Division was dropped here. It was here that the Allies began their reconquest of Europe. Because of the strong wind that blew that night and the large number of places that the Germans had deliberately flooded, the Americans landed spread out over a large area around Sainte Mere Eglise. The chaos was complete when paratroopers also landed in the middle of the village and were fired upon by the astonished Germans. All this is reproduced in detail in the film "The Longest Day" which was shot on the church square in 1961. Sainte Mere Eglise was captured with the help of the American tanks that had landed further on Utah Beach.

The memories of that night (and the months after) can still be found everywhere: there is an interesting museum of the airborne troops in the middle of the village. The American paratrooper "John Steele" hanged from the well-known clock tower, who played "dead" for hours. He was shot at and was taken prisoner and escaped again later, "now deaf from the clock". In order to make the parachutist dummy clearly visible to tourists, it was decided to hang it on the side of the church (John was hanging at the front at the time). In the church you can also admire a large number of stained glass windows dedicated to the exploits of the troops during and after the invasion of Normandy.

Because after the battle a field hospital was set up in the village where the wounded of the Battle of Normandy, which would last until August 1944, were cared for, the village would remain forever linked to the battle. Also, within two days of the invasion, a small airfield was set up near the village where fighter planes were stationed. After the war, memorials and monuments were erected in many places in and around Sainte Mere Eglise. In 1961 the village square was filmed for the film 'The Longest Day'. Partly due to the success of this film, Saint Mere Eglise became known to the general public in America. The village thus became a symbol of the American struggle against the Germans and thus a place of pilgrimage for tourists interested in the history of the Second World War. And it actually still is. Of course, a large museum was also built near the town square. Sainte Mere Eglise is also the permanent setting for the D-Day commemorations, which are held every few years. The church was restored after the war and a large paratrooper dummy was hung in the bell tower as a tribute. 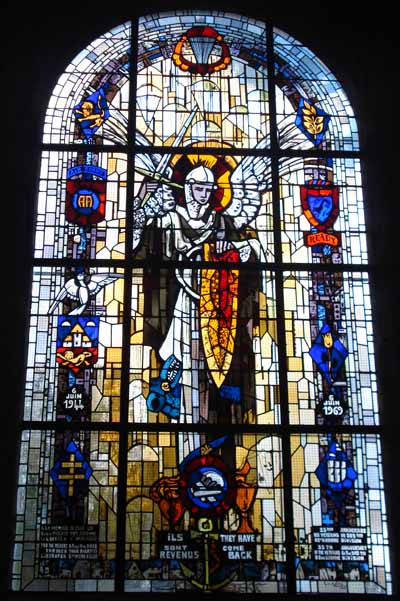