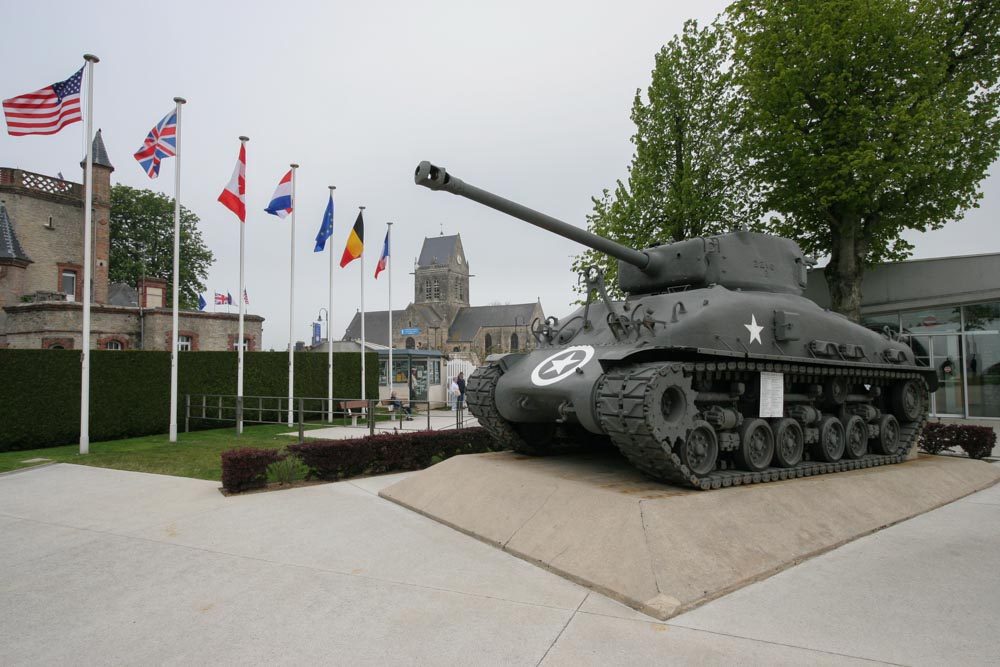 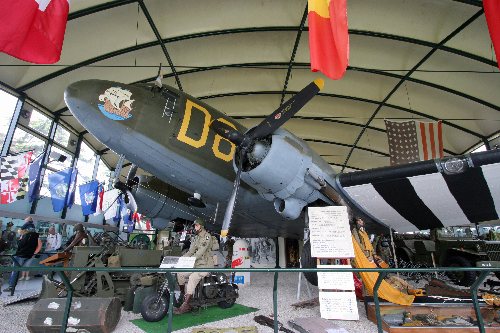 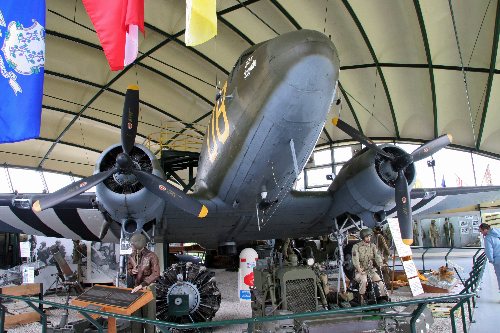 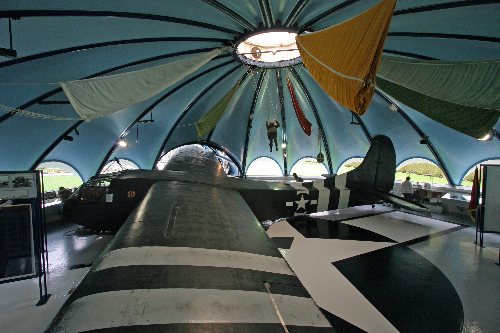 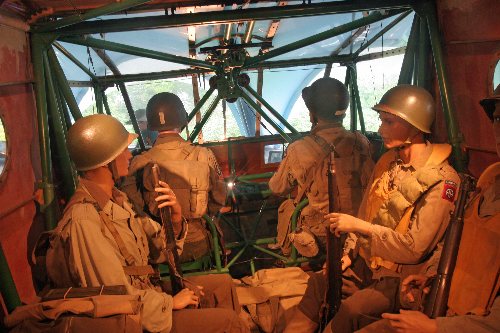 The Airborne Museum located at Cotentin North in a Park of 3000 m² near the church. This museum of legends is a hymn to the extraordinary epic of the American parachutists of the 82nd and 101st airborne divisions who dropped on Sainte-Mère-Eglise in the night of 5-6 June, 1944.

A first building in the shape of a parachute shelters a Waco Glider in its original state, as well as many showcases furnished with documents of the time, testimonials, weapons, ammunition, etc.
In the second building, in the shape of a delta wing, you will find the Douglas C-47 plane Argonia which took part in dropping the parachutists and in towing gliders at the time of the Landings.

Many models in uniform as well as vehicles are displayed.
Thanks to the Waco glider and Douglas C47, a unique voyage in space and time is offered to all visitors and other enthusiasts traversing this magic place.

Between the exhibition of the aerial Landings, the showcases furnished with documents of the time, weapons or photographs and its original film "Battle for Liberty"a true transformation scene awaits you in the 3 buildings composing this memorial site built in homage to all those who were sacrificed for our Liberty in 1944.

On leaving the Airborne Museum, there will stay with you the poignant memory of these tragic hours of a return in History to Sainte-Mère-Eglise, its church and its surroundings. This memorial museum full of moving testimonials and personal memories is entirely dedicated to our Liberators. 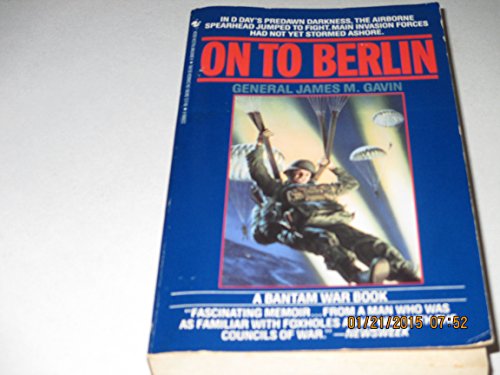