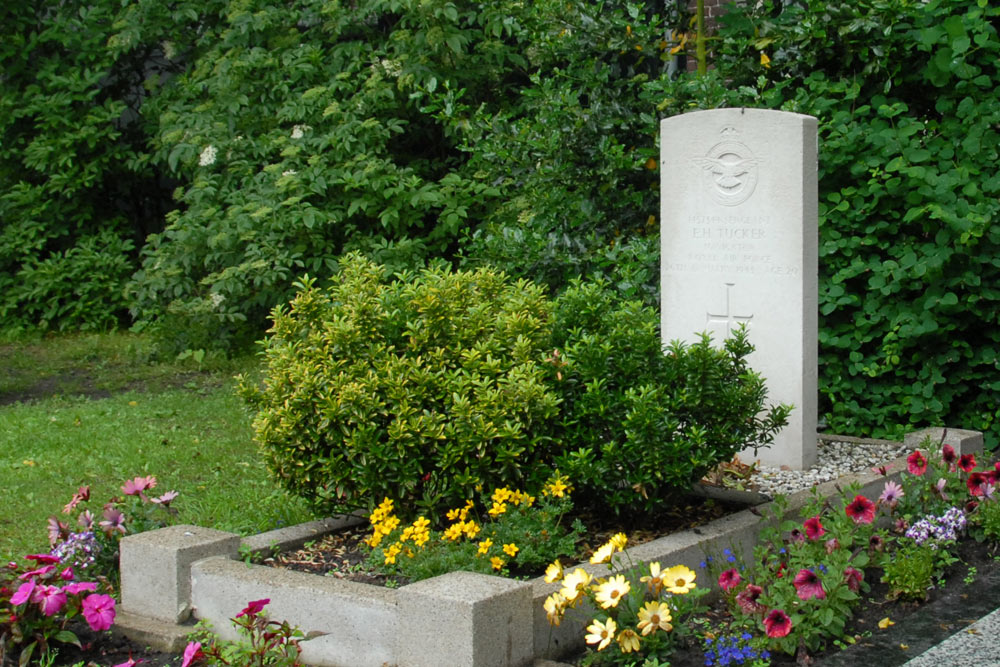 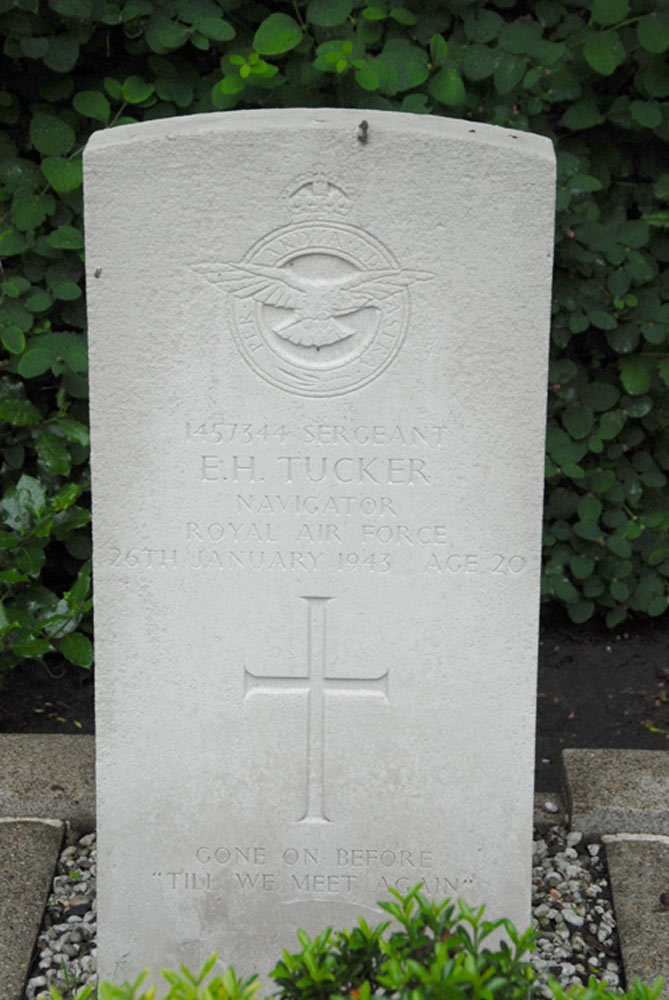 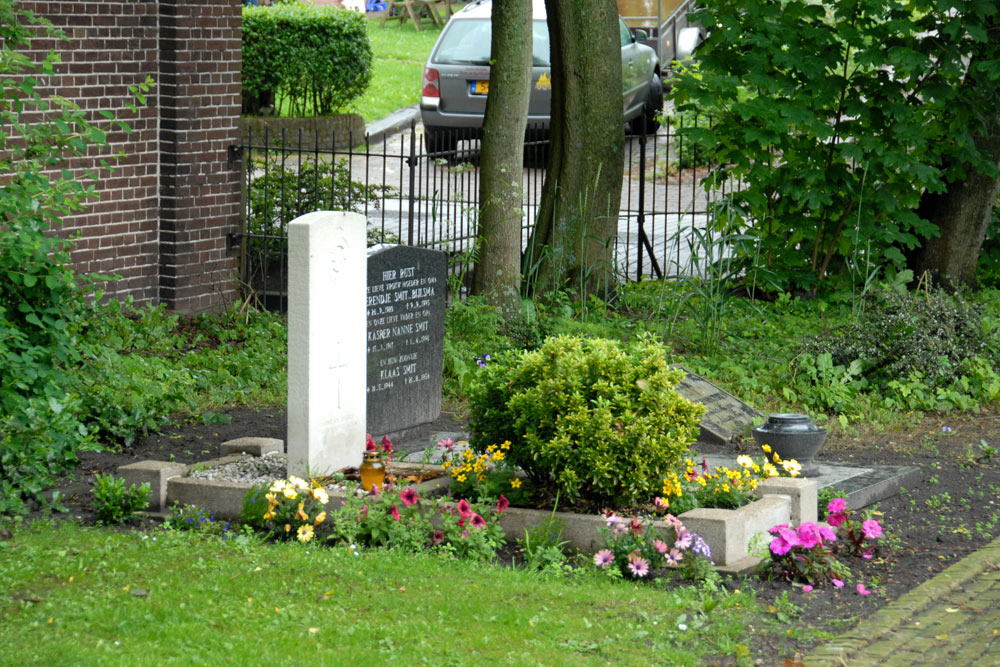 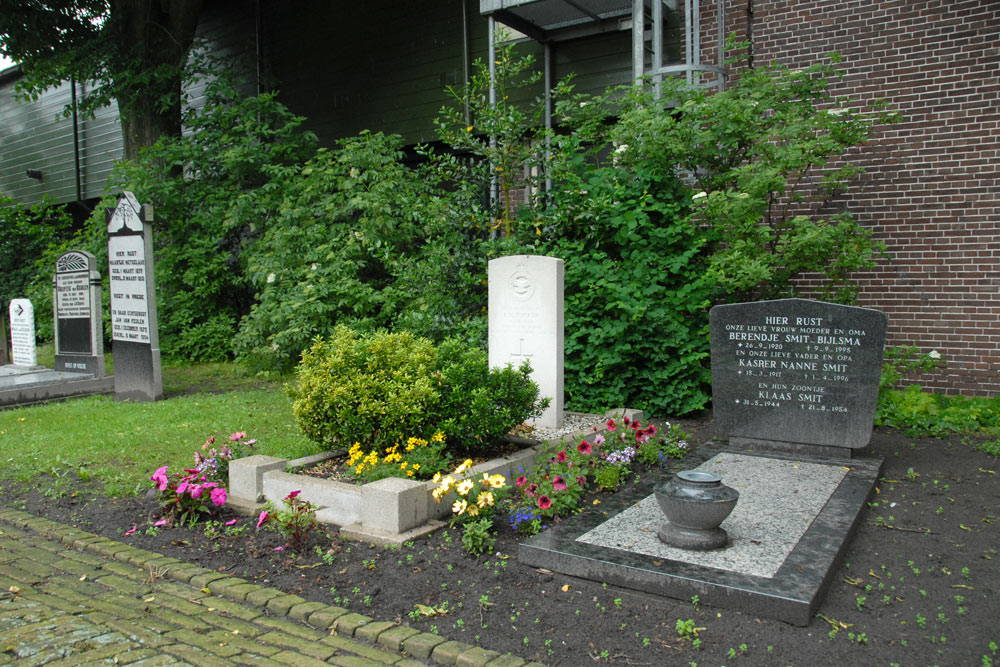 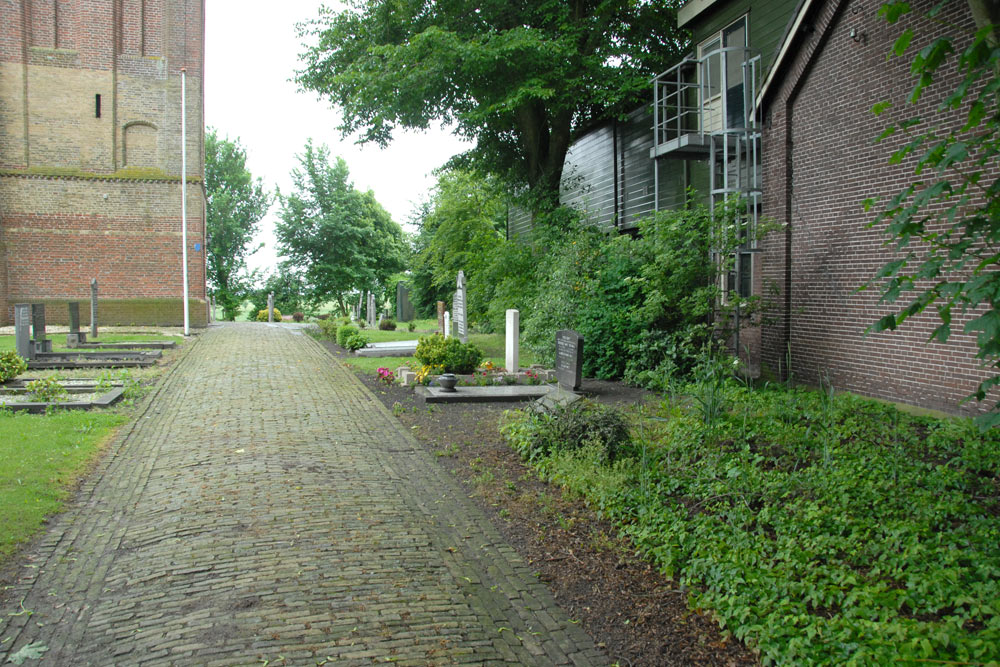 On the Protestant Cemetery in Westerland is one Commonwealth burial. Sergeant Eric Tucker belonged to the crew of Wellington X9667. This aircraft from No.21 Operational Training Unit was shot down by a German fighther above the Wadden Sea on 27 January 1943. The X9667 was on a 'Bullseye' mission. It had taken off from RAF Moreton-in-Maarsh.

Six other crewmen were involved in the crash, from which five were killed. Sergeants Gordon Ellis and Norman Smith are buried at Texel. Flying Officer Fank Mitchell, Pilot Officer Dilwyn Llewelyn and Sergeant Ronald Elvin were buried at the Bergen op Zoom War Cemetery. Sergeant Morgan was taken POW.