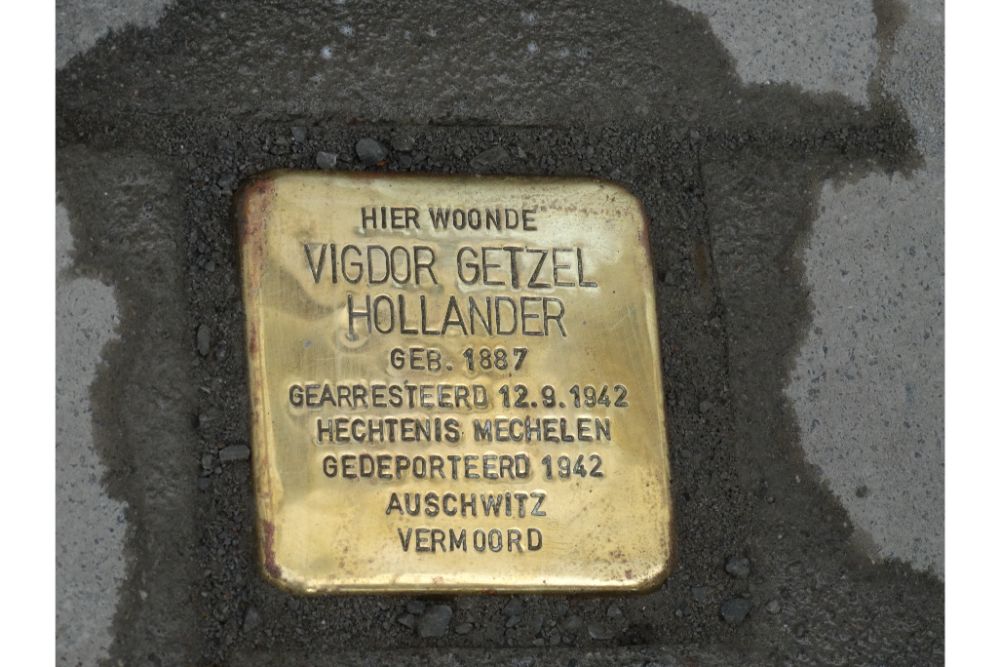 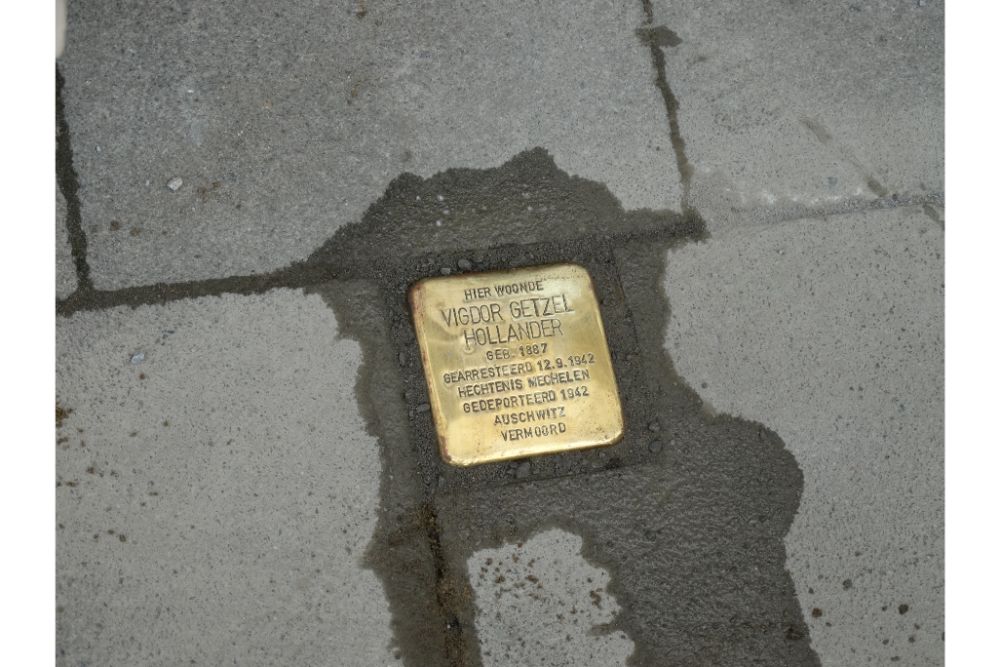 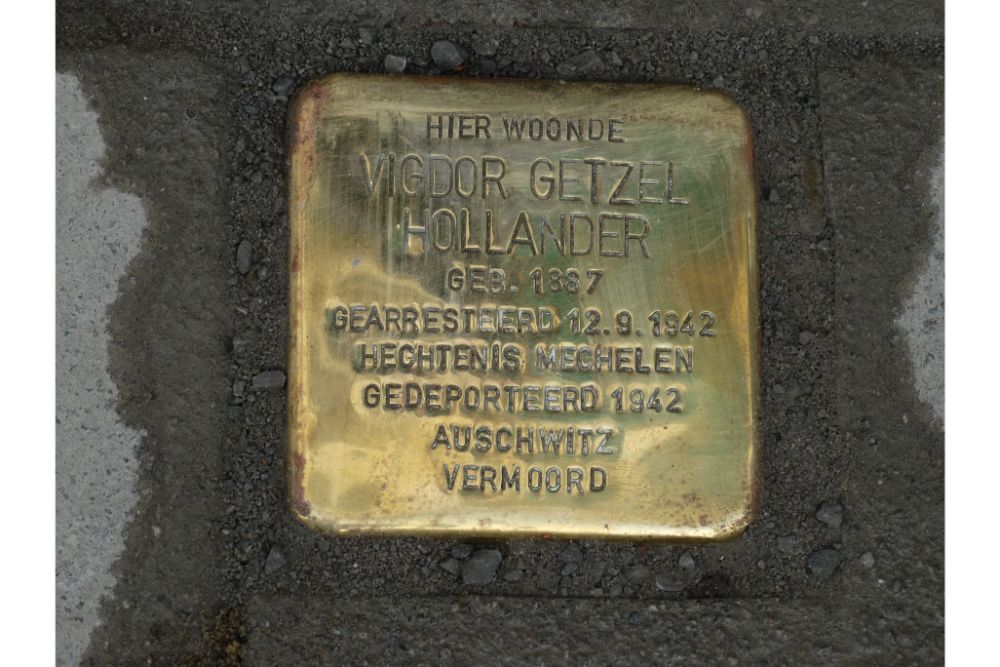 This memorial stone (so called Stolperstein or stumbling block) commemorates VIGDOR GETZEL HOLLANDER, persecuted or murdered by the Nazis.