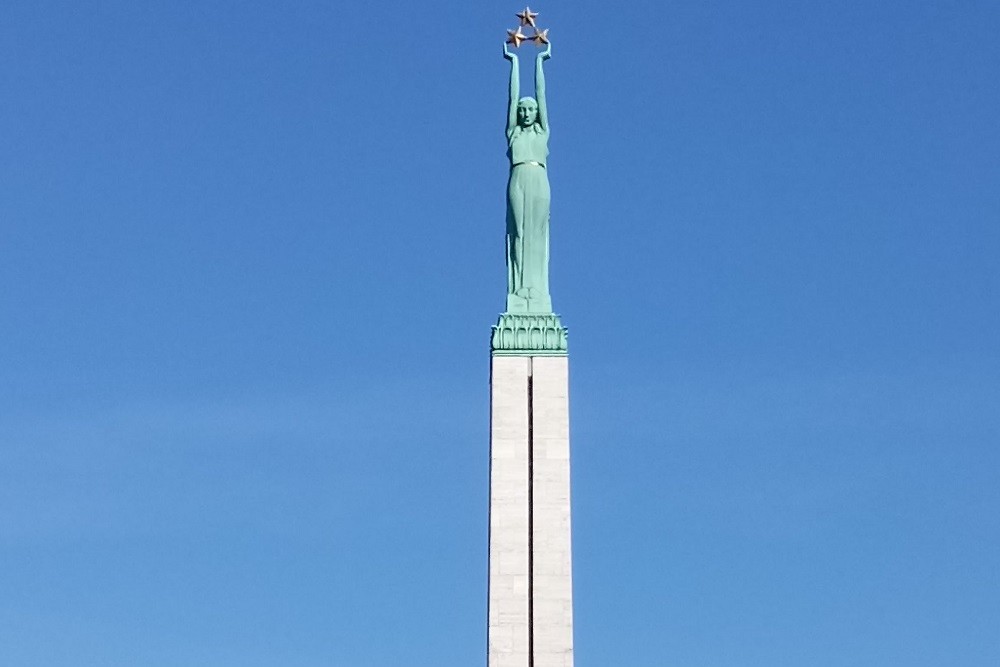 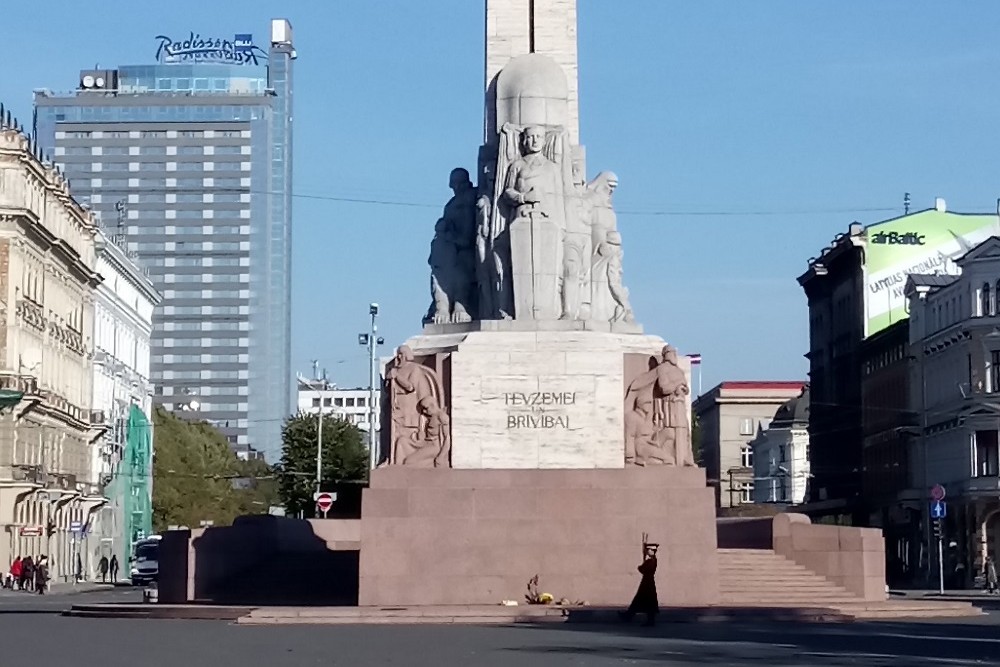 This memorial was built to commemorate the Latvian soldiers who fell in the Latvian War of Independence from 1918 to 1920.

A woman is depicted on top of the pedestal. She holds three stars in the sky that represent Courland, Livonia and Letgallen. Independent Latvia originated from those parts of the Russian Empire. The pedestal reads TĒVZEMEI UN BRĪVĪBAI (for homeland and freedom).