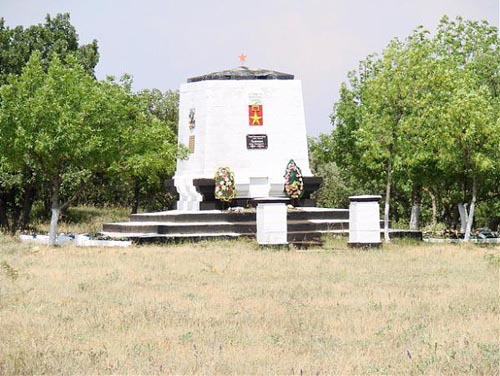 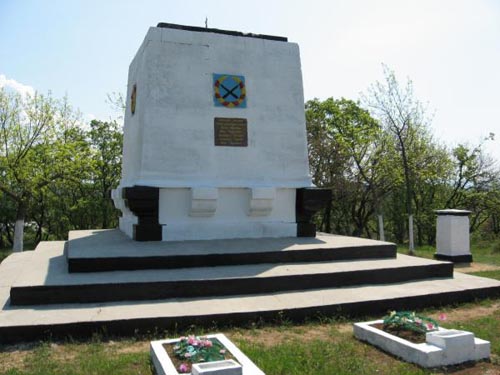 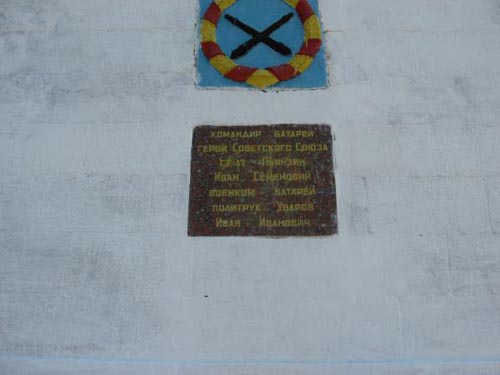 The central memorial is dedicated to the men of the 365th AA Battery and its commandant who fell at the defence of fort "Stalin" in 1942. The following texts can be read on front side the memorial:

"Hero of the Soviet Union Lieutenant Pyanzin, Ivan Semenovich
Born on 18 February - And was killed on 13 June 1942."

On the left side:

The memorial is surrounded by the graves of more than 19 killed Soviet soldiers.