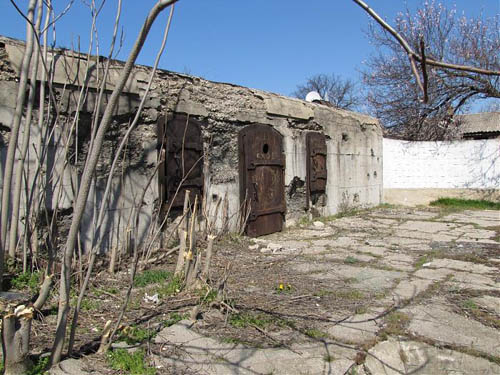 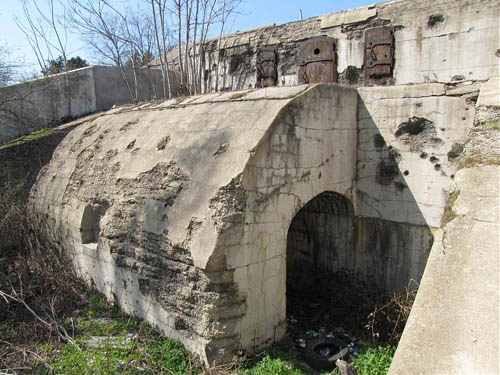 This coastal battery was constructed between 1898 and 1900 and was armed with eight 229mm guns. These guns were removed after the civil war. The battery served as command post of the commander of the coastal defence during the siege of Sevastopol (1941-1942) and saw heavy combat in June 1942.

The coastal battery today:
It is currently abandoned and can be visited.