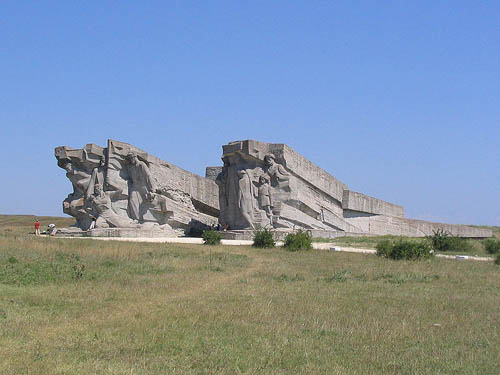 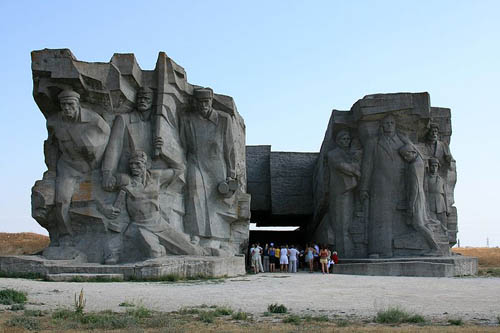 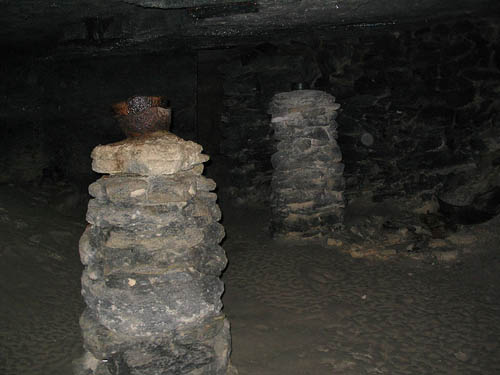 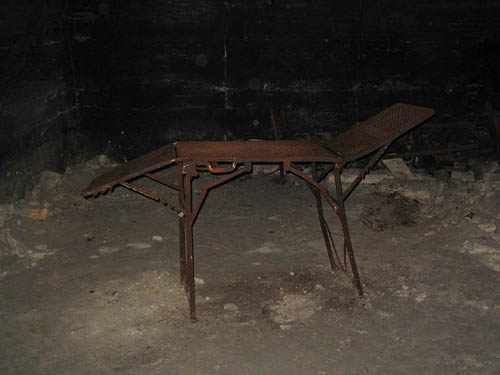 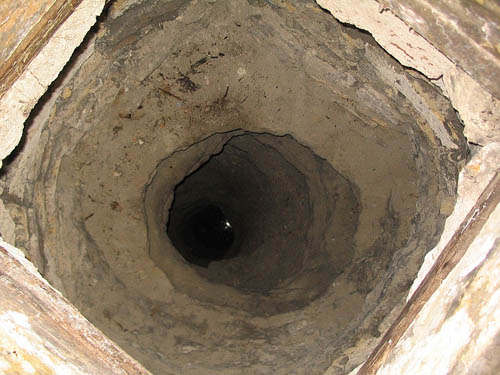 On 8 May 1942, the German army launched their offensive on the Kerch Peninsula and took the city of Kerch within days (16 May 1942). The Red Army began evacuating its troops to the Taman Peninsula shortly after, with an army group of 13,000 men covering the retreat. When this group was soon cut off of its main force it took up defensive positions in the Adzhimushkayskih quarry. From here, they began (despite being besieged and the shortage of water, food, medicines, ammunition) an effective guerrilla warfare, destroying many of its enemies' equipment in small raids. 12,592 Soviets were killed in the quarry.

The museum:
A part of the quarry is turned into a museum. The entrace of the underground museum consists of an impressive architectural composition dedicated to the Soviet defenders.