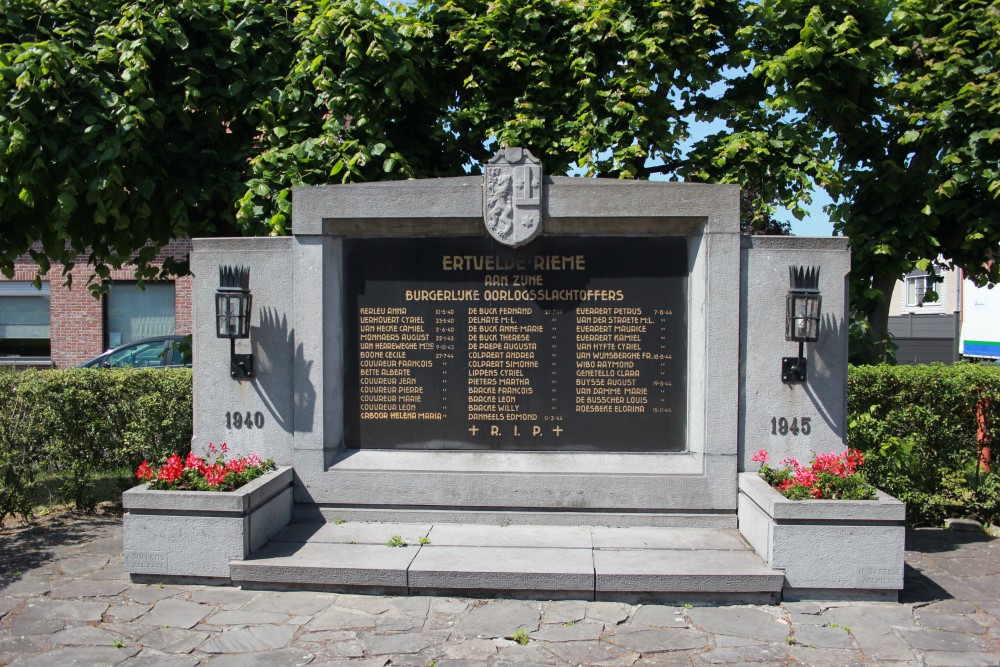 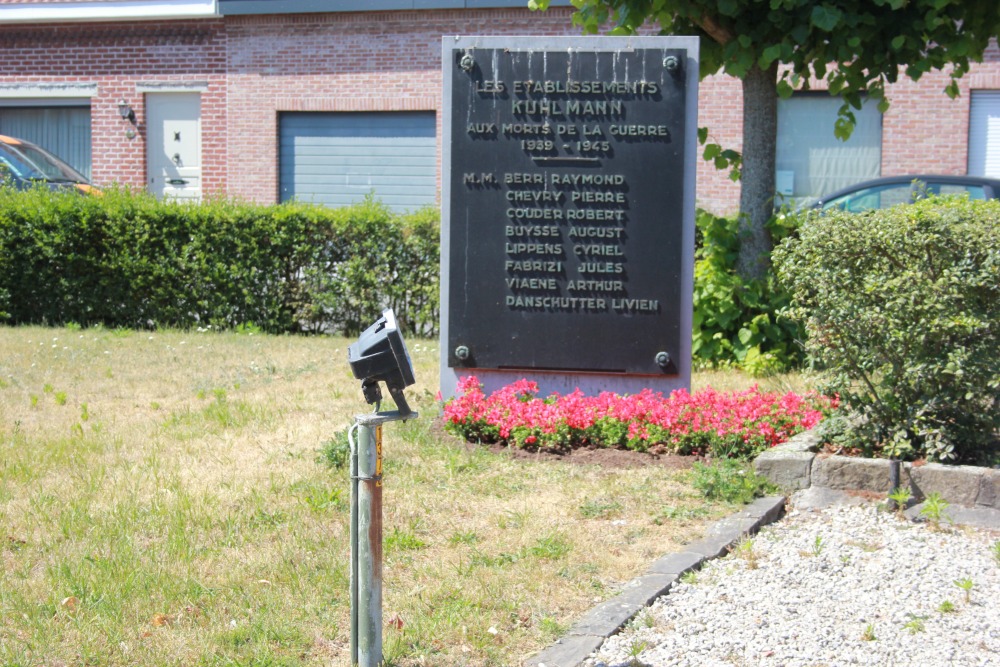 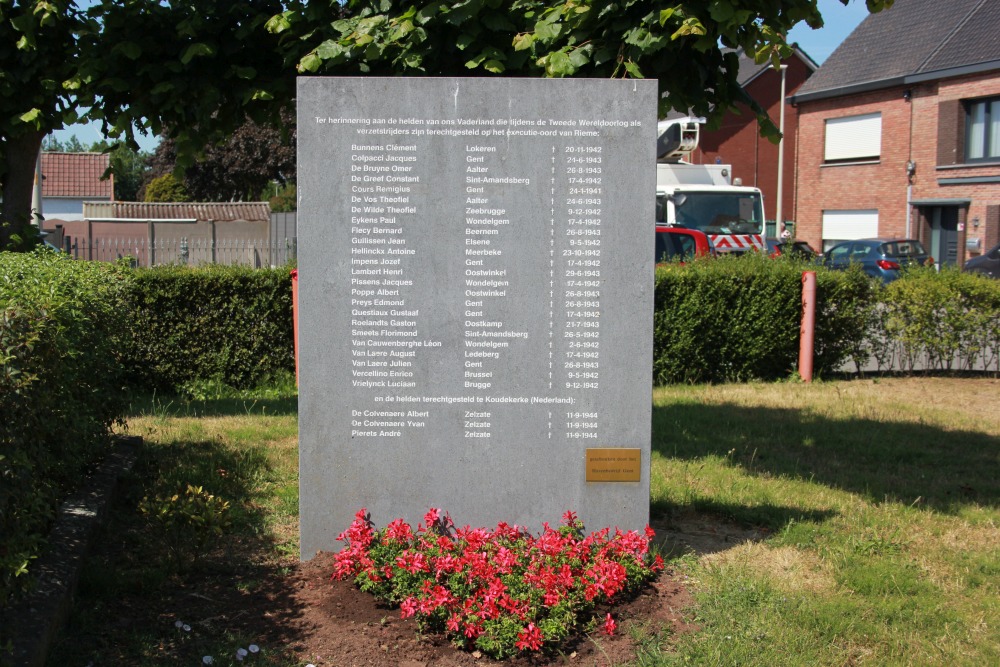 War memorial at Rieme to commemorate 37 civilian victims of Ertvelde and Rieme who perished in the Second World War. It concerns mainly victims of allied bombardments. Adjoining memorials:

Commemorative plate to remember the employees of the Kuhlmann factory who perished in the Second World War.

Monument in memory of the resistance fighters who were executed by the Germans at the execution place of Rieme during the Second World War.