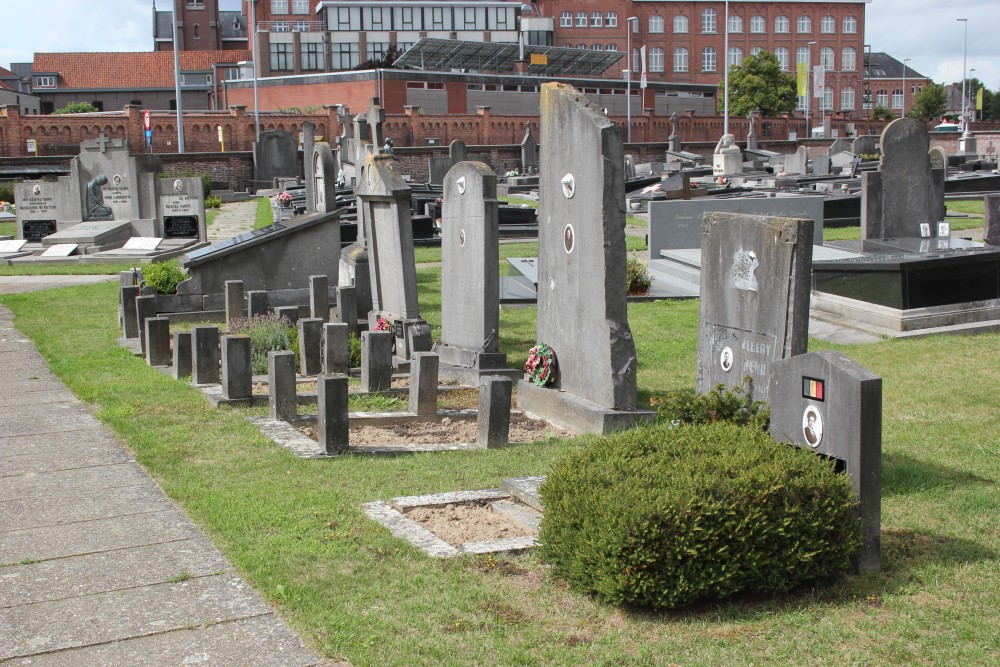 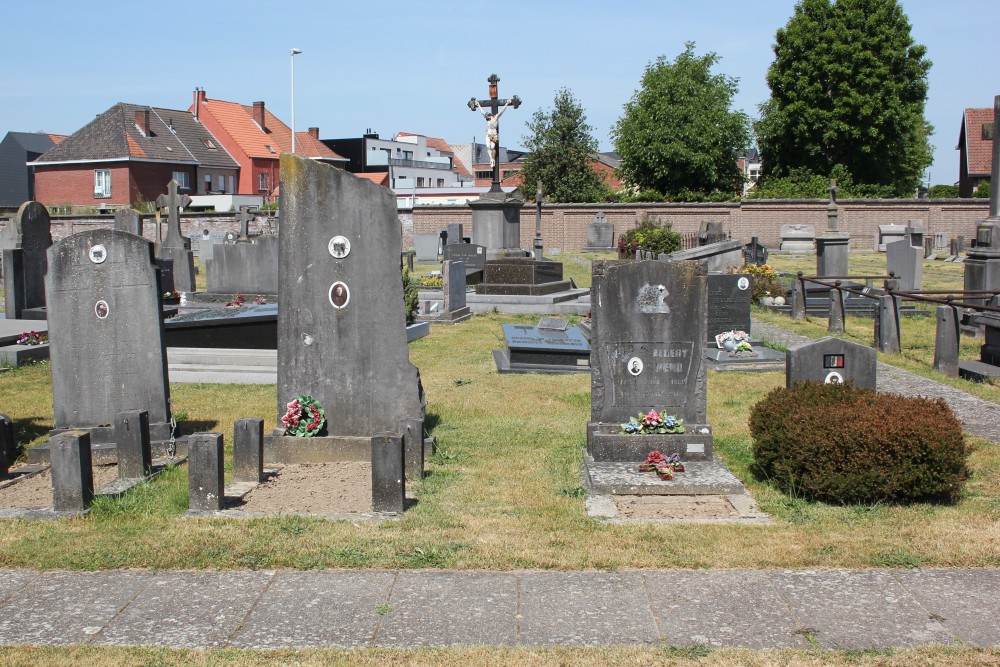 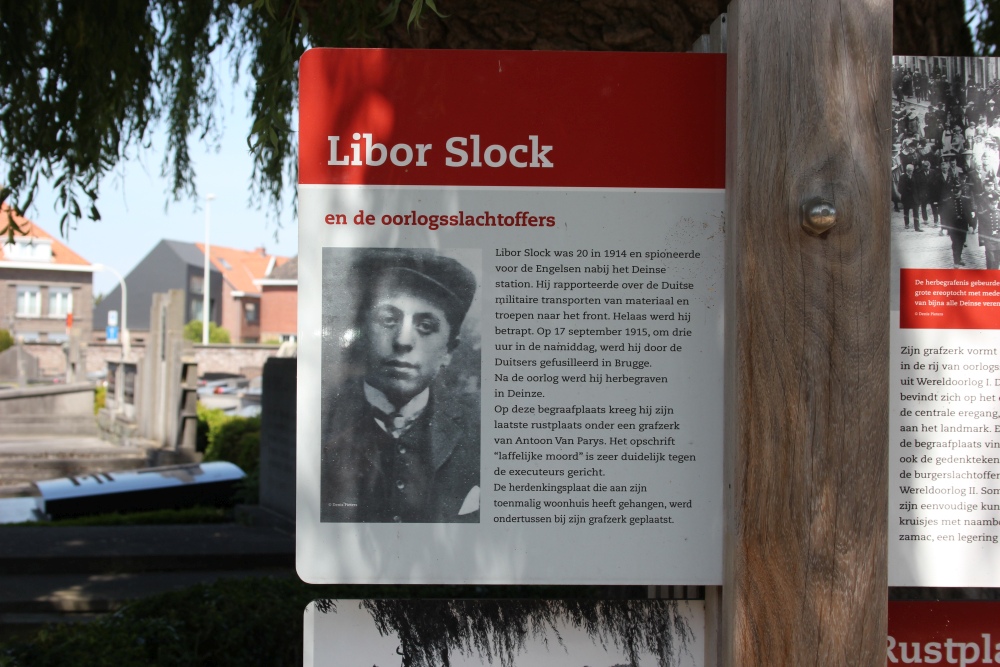 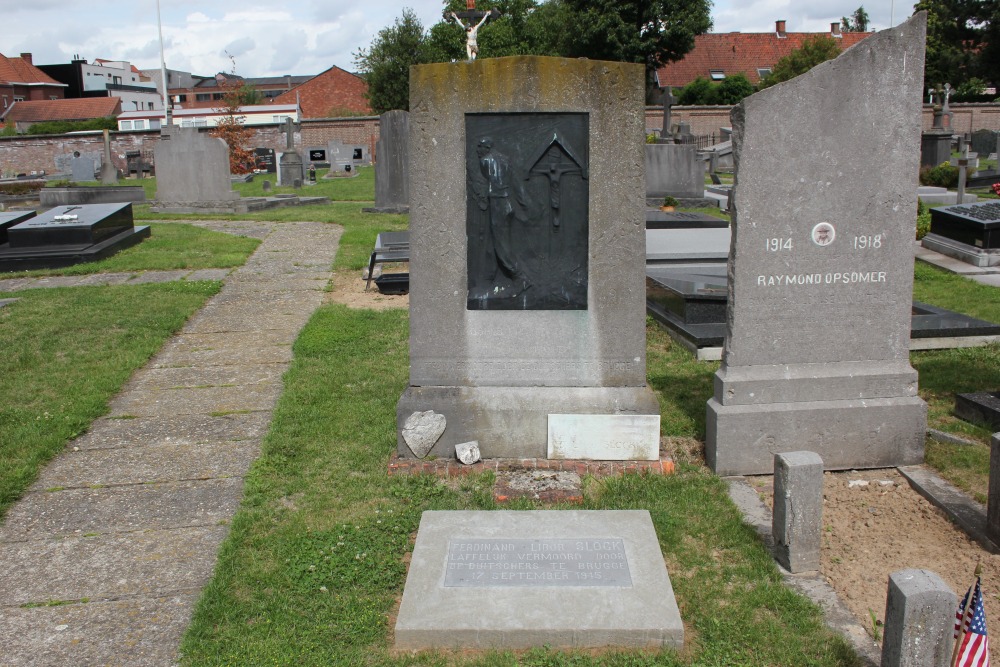 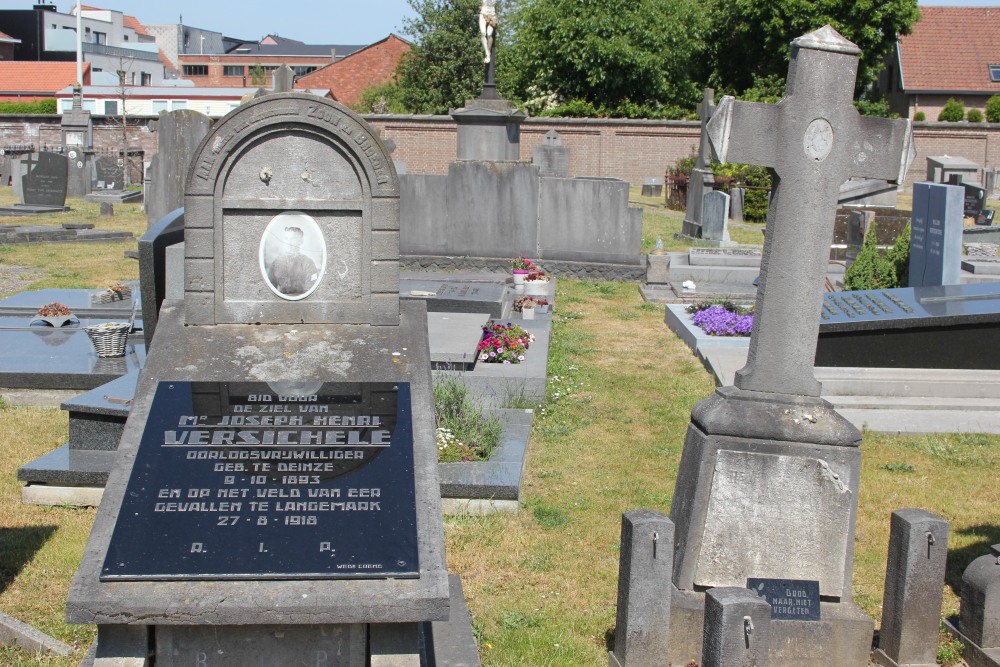 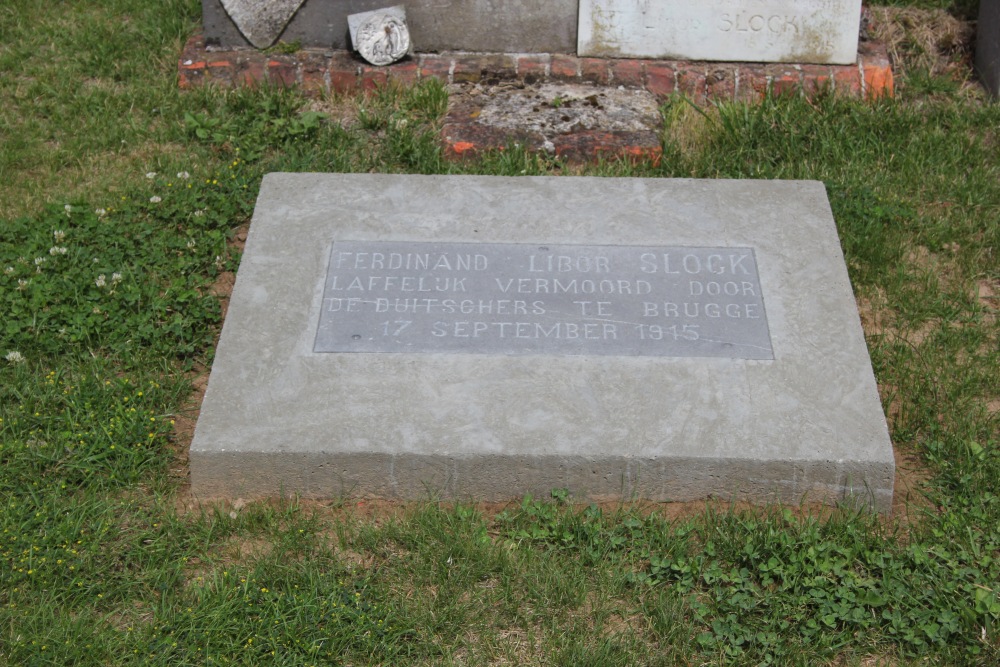 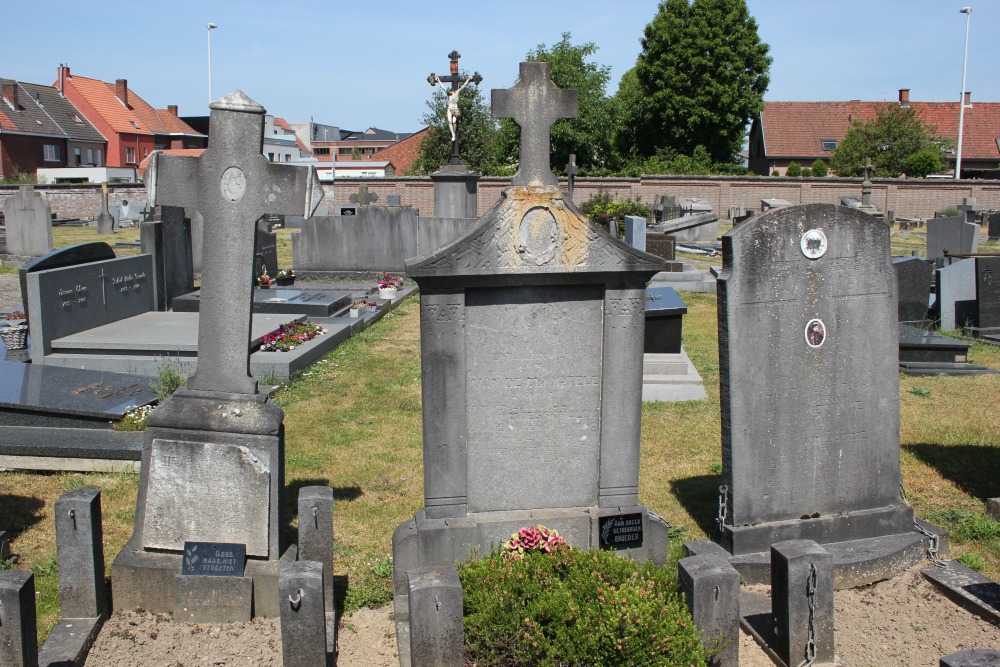 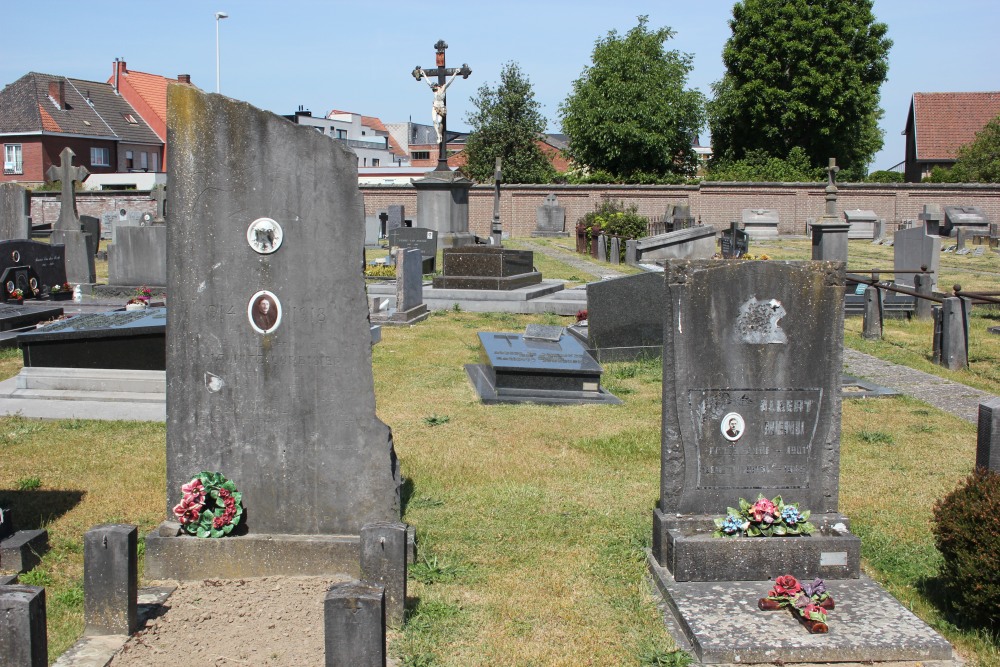 The cemetery of Deinze contains graves of Belgian soldiers of the First and the Second World War. Libor SLOCK who worked as a spy for the British Army during the First World War. He was catched by the Germans and executed at Bruges on 17 September 1915.

The cemetery of Deinze also contains the graves of civilian victims of the Second World War. It concerns mainly victims of the fights of 25 May 1940.