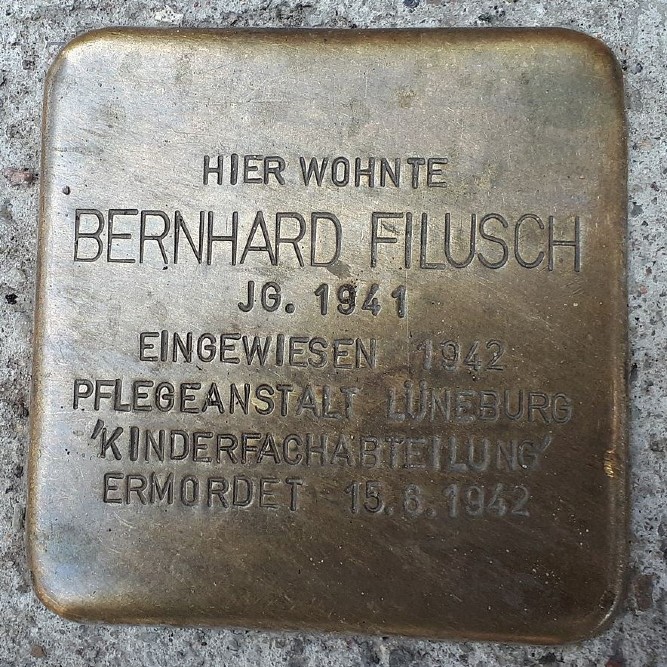 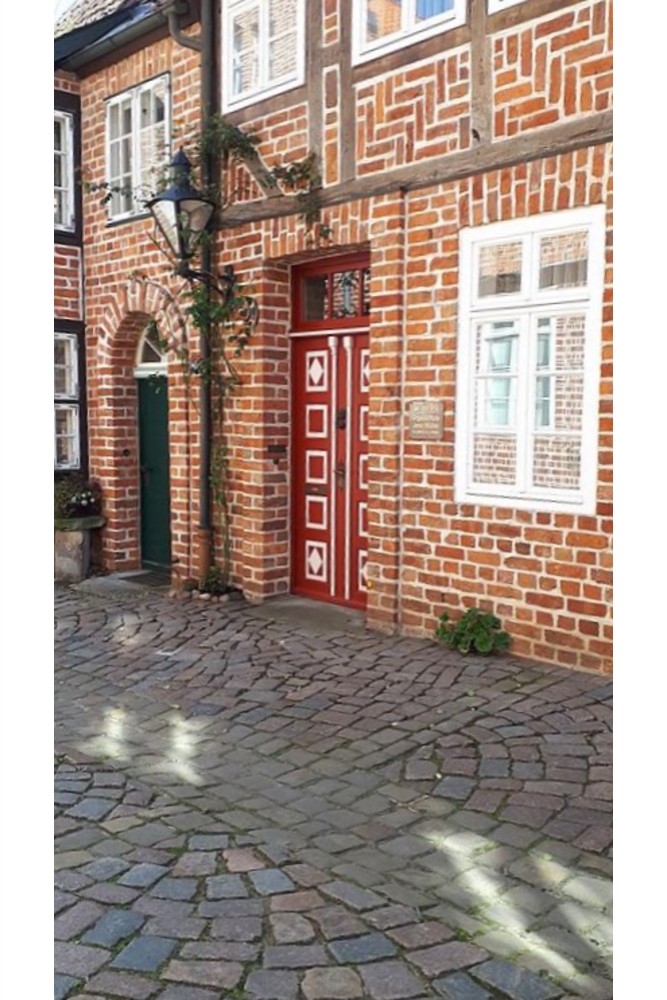 Bernhard Filusch was born 21 November 1941 on the way to the hospital. Both his legs were under-developed. Lüneburg Health Dept officials visited his mother in the hospital to see if other members of the family had similar problems. The Department then had her contact the official "Reich Committee for the Scientific Registering of Hereditary and Congenital Illnesses." That committee took over the care of Bernhard, and he was admitted on 5 February 1942 to a "Childrens Ward" in Lüneburg. His parents assumed he was getting special care in a childrens home. They visited him frequently and assumed his mental development would be normal. But he was given Luminal (phenobarbitol), which suddenly caused changes. Then he became ill and lost his appetite. Finally, on instructions from the head of the "Childrens Ward," a nurse gave him a fatal dose of Luminal on 15 June 1942. Bernhard was murdered at only 7 months old. The recorded cause of death was pneumonia.

Another stolperstein for Bernhard Filusch is located at the place where he was murdered -- Am Wienebüttler Weg 1 in Lüneburg.