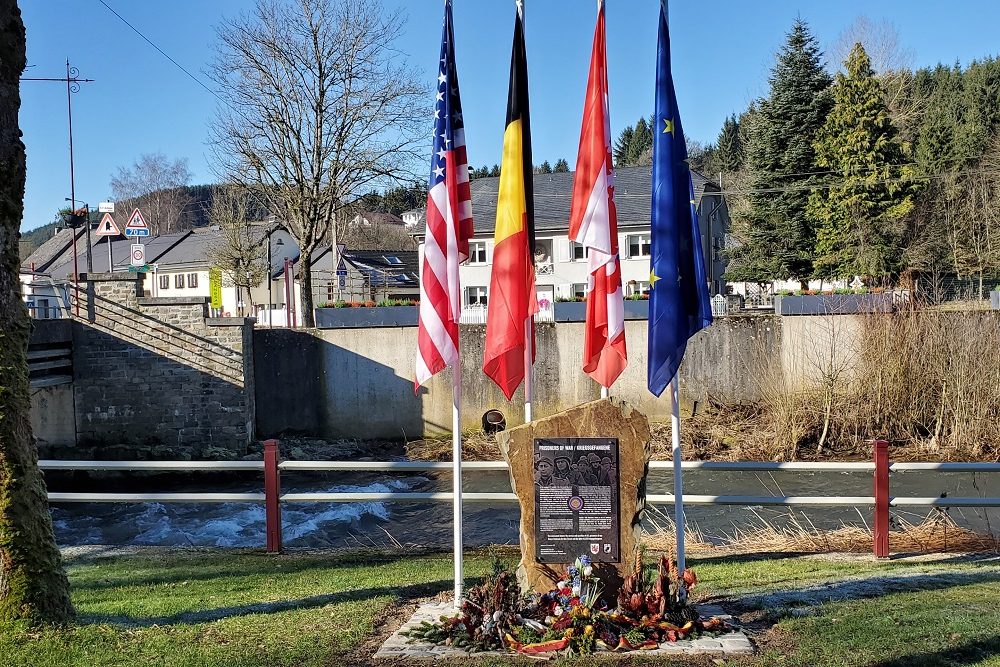 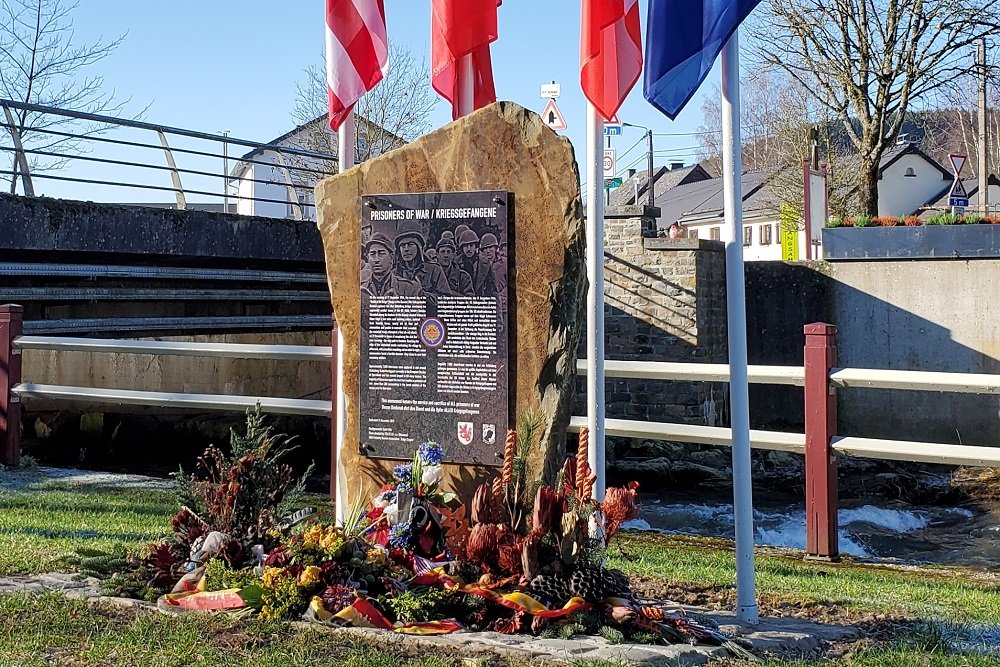 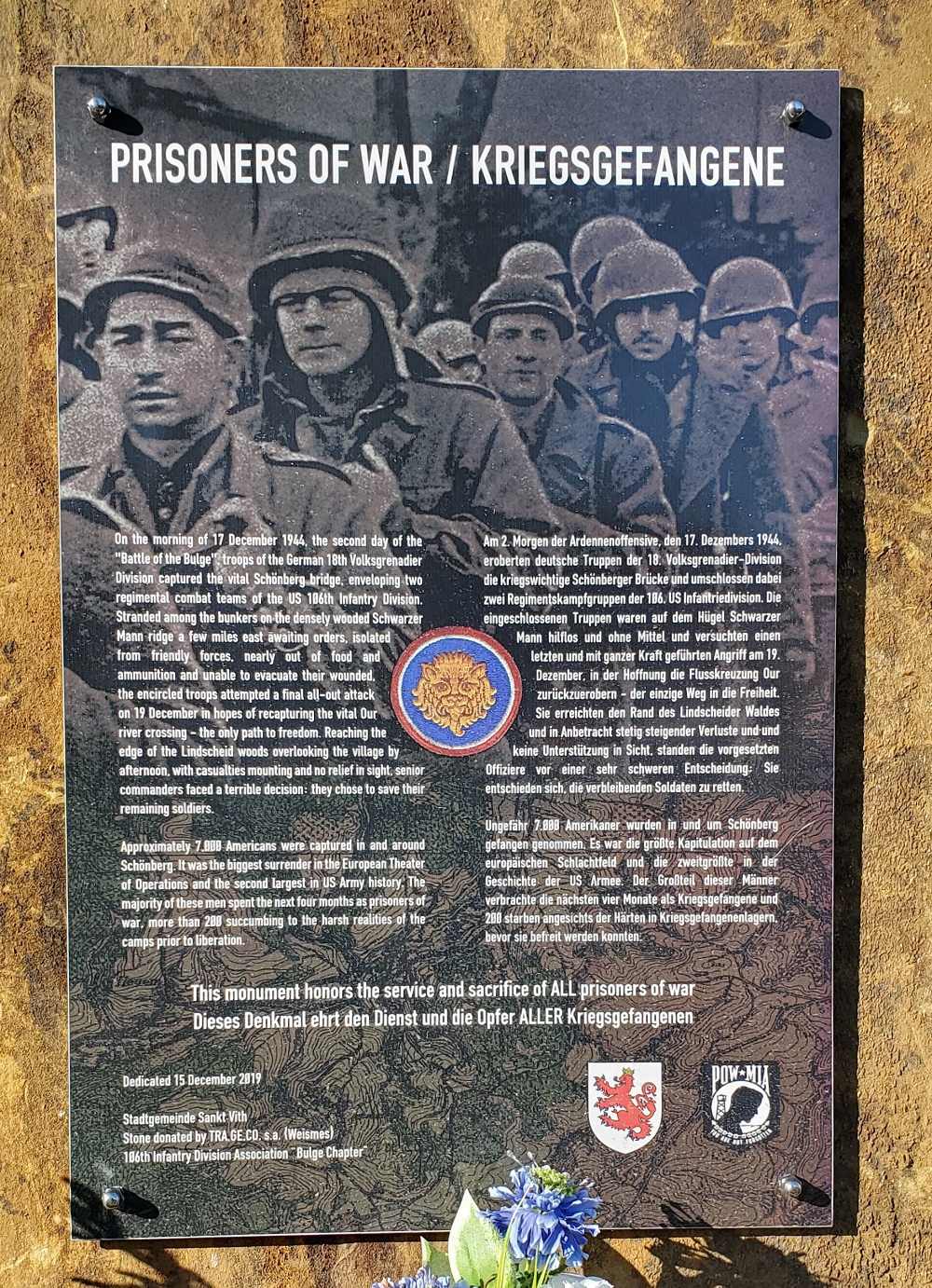 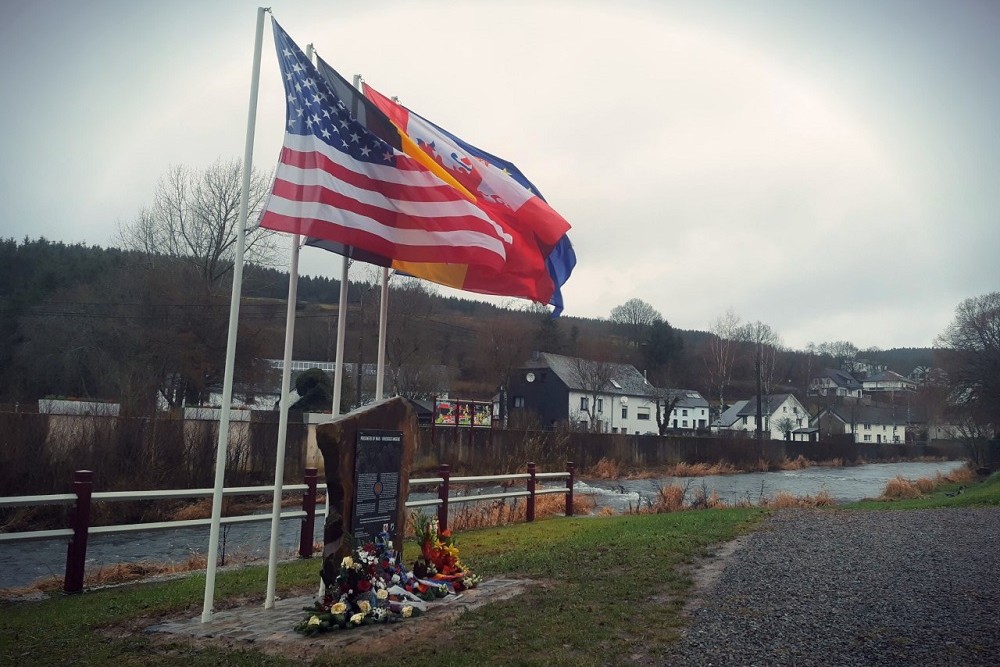 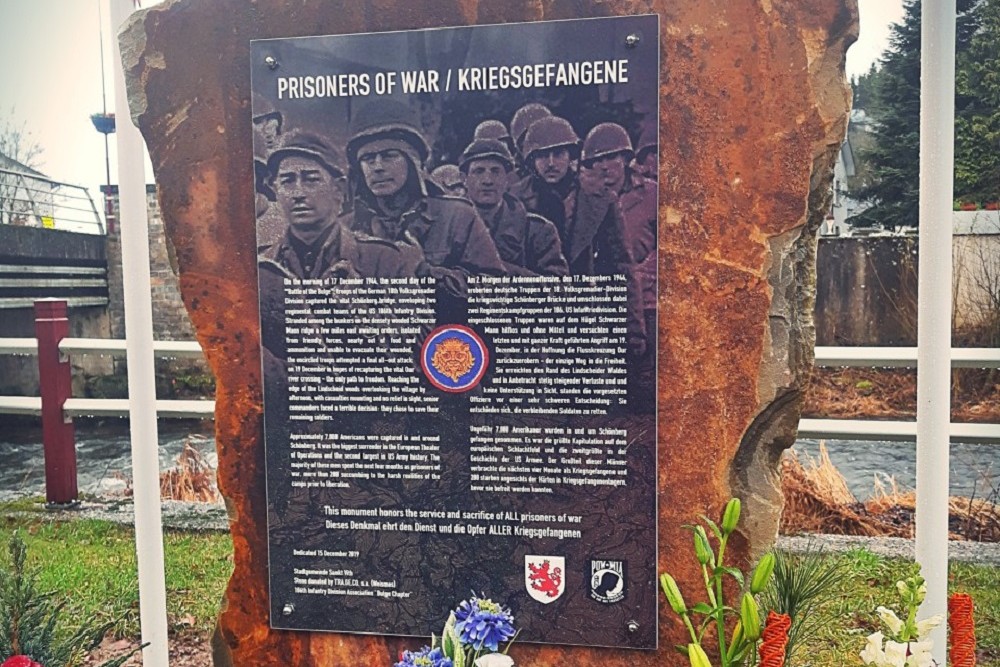 The village of Schönberg and its bridge over the river Our were essential during the first days of the Battle of the Bulge and the battle of St. Vith. A few miles away over the German border were the lines of the US 106th Infantry Division, an inexperienced unit that had arrived in the region just a week before the start of the German offensive. On December 17, the German 18th Volksgrenadier Division managed to encircle two regiments of the 106th Division and conquer the village of Schoenberg and the bridge over the Our intact. In the days that followed, the surrounded American units fought their way to the village, where they met fierce resistance on December 19, 1944. The surrounded regiments ran out of food, water, medical supplies and ammunition. After a final attack attempt, the regimental commanders decided to capitulate the remaining troops under their command. About 7,000 American troops were captured in the hills above Schönberg.

This memorial was inaugurated on December 15, 2019 during the 75th anniversary of the Battle of the Bulge, in the presence of US veteran Herbert M. Sheaner. The memorial tells the story of the battle of Schönberg and is dedicated to all prisoners of war. It is located on the banks of the Our, next to the bridge on König-Baudouin-Platz.