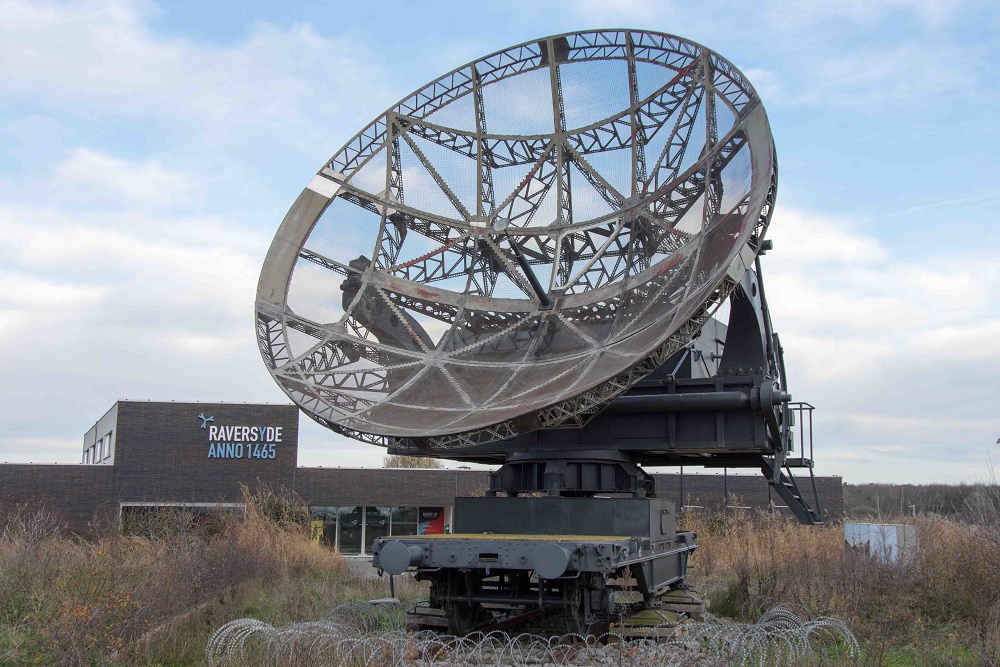 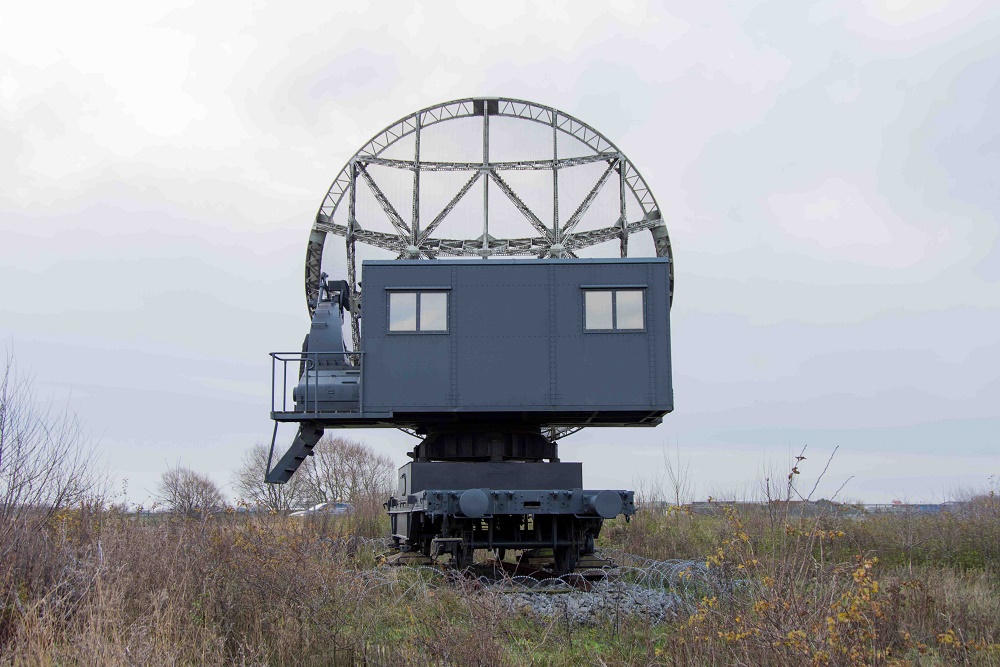 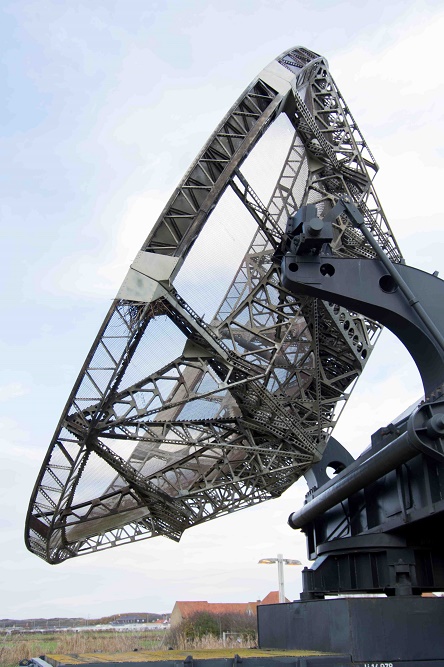 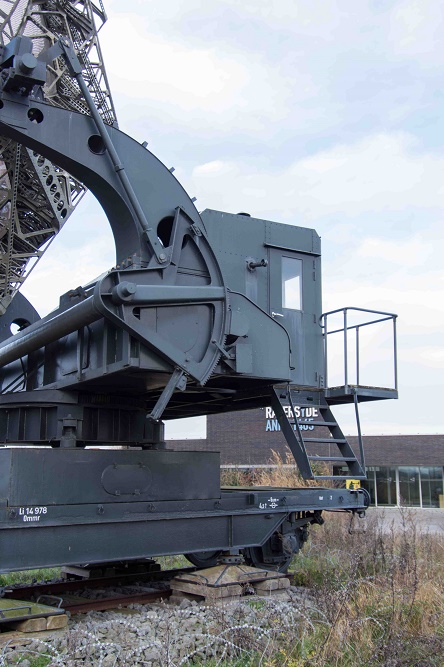 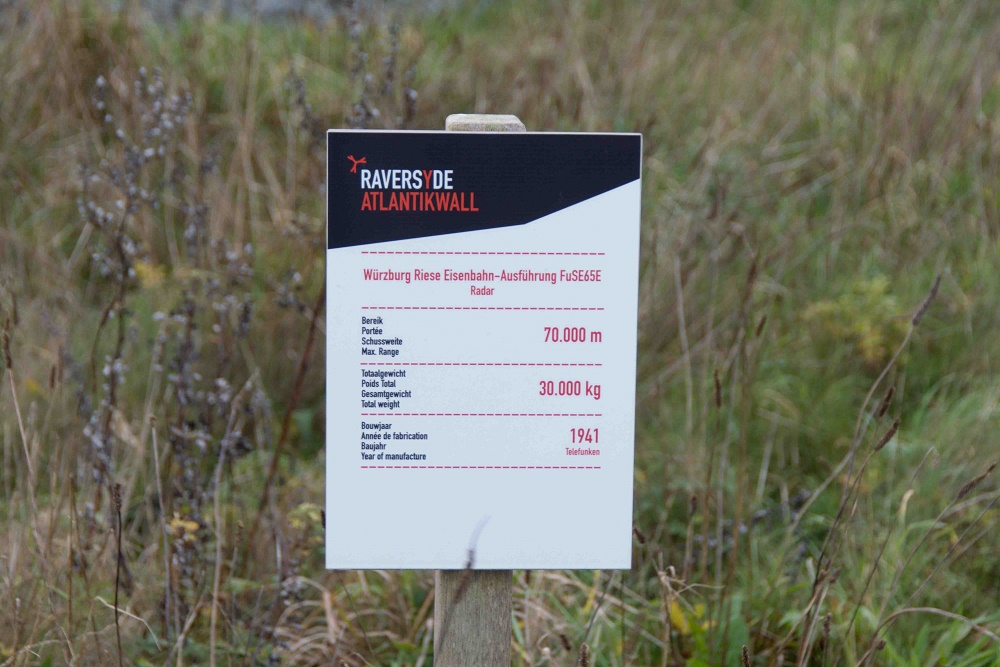 This type of radar was not a target search radar but a target tracking radar. This means that the antenna does not rotate, but continuously follows a target once it has been detected. Target tracking radars are used to track enemy aircraft so that hunters can intercept them or anti-aircraft guns can take them down. The Würzburg radar is also known as FuMG 39 T (Funkmeßgerät, introduced in 1939, producer Telefunken) or FuMG 62 (Luftwaffebename). It was named after the German city of Würzburg.
This radar in Ostend is on a train carriage and is part of the Atlantic Wall collection of the domain Ravesyde.