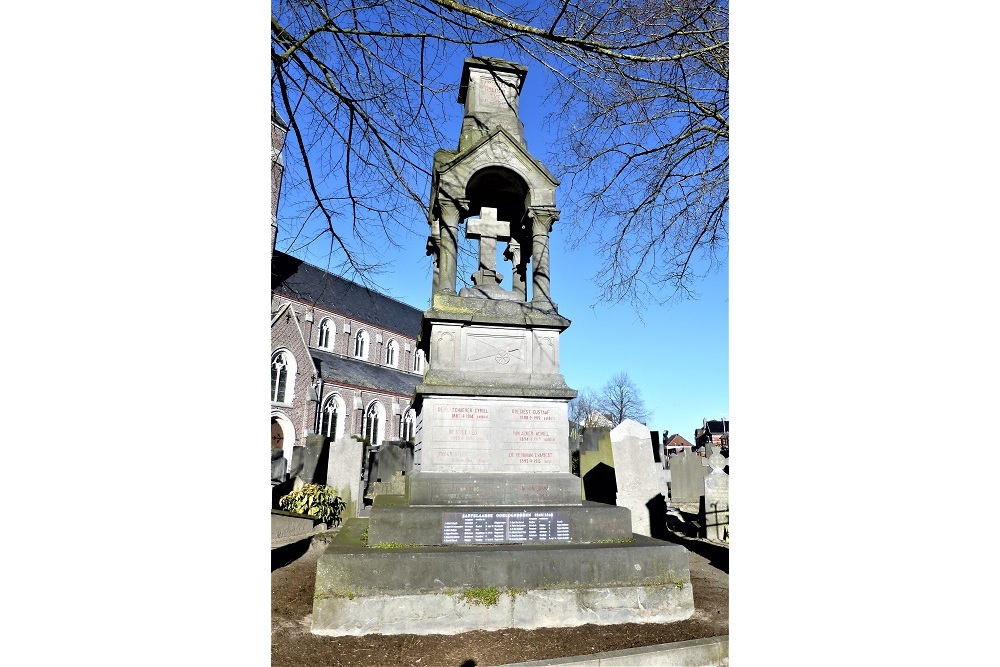 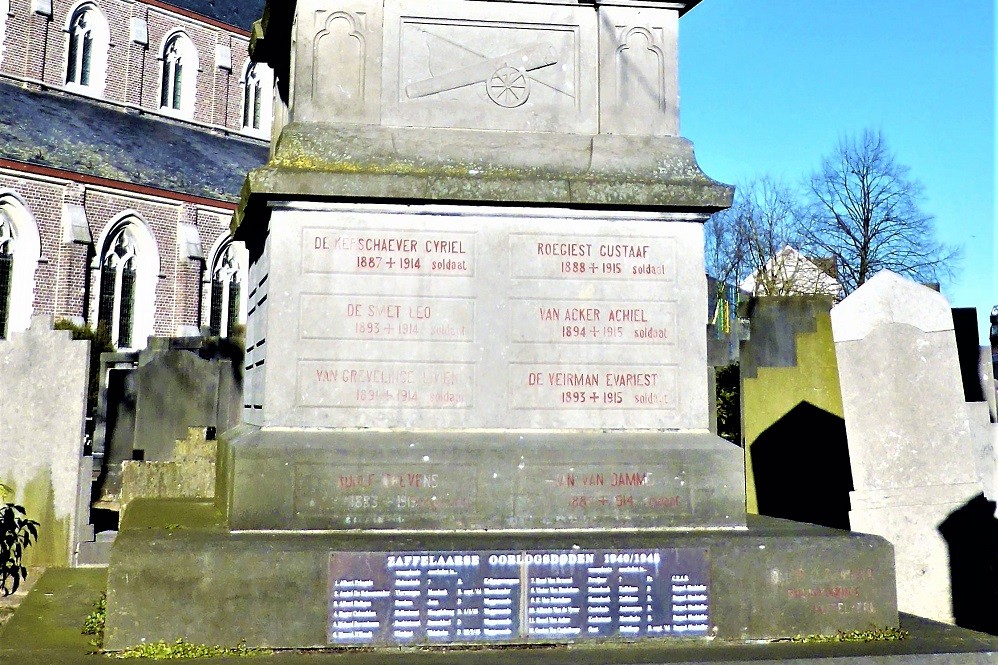 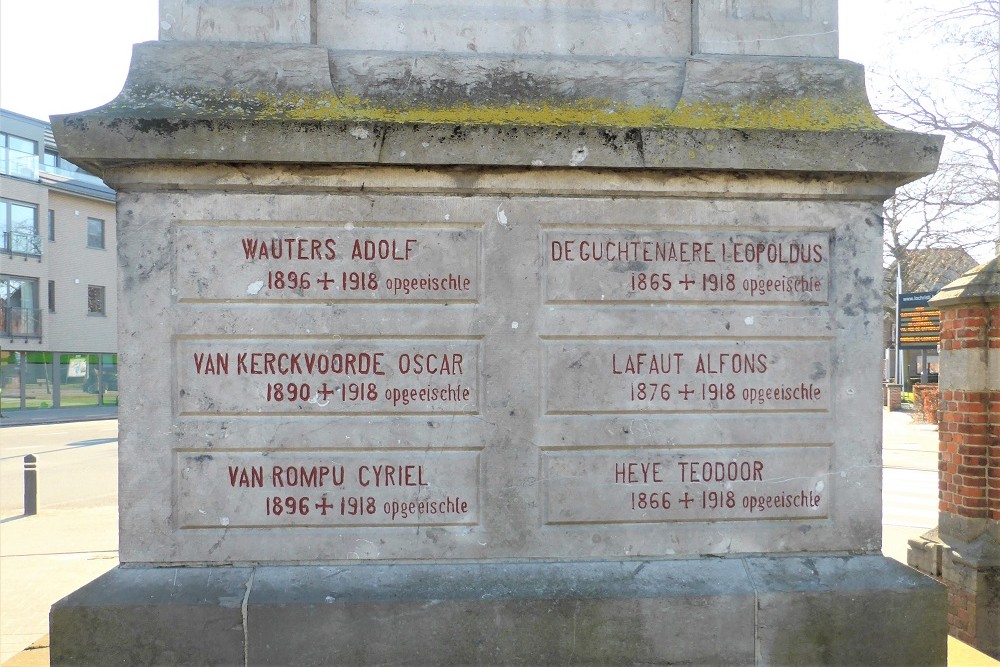 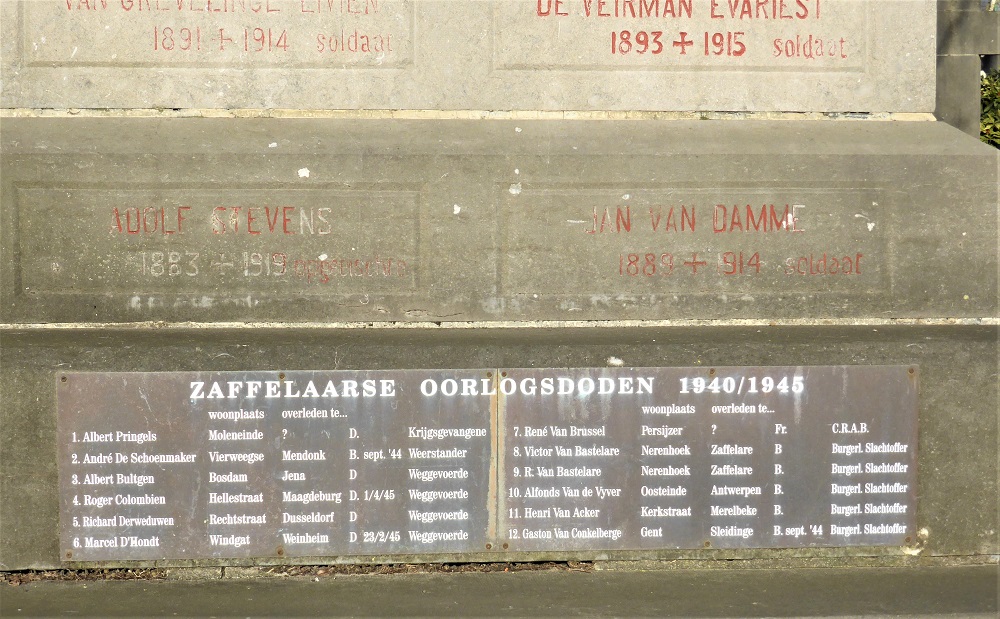 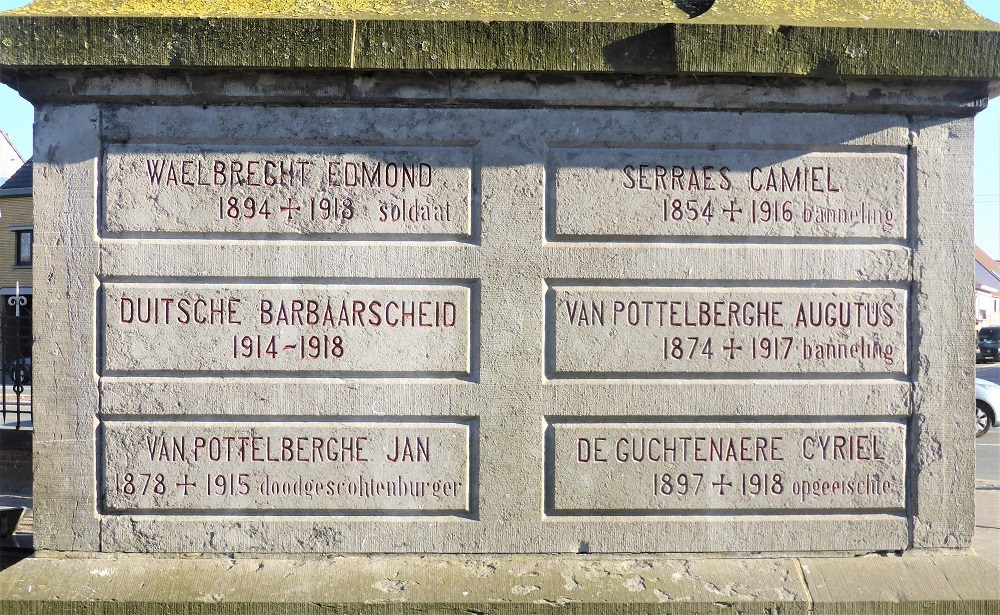 The monument to the Zaffelaarse victims was placed in the southwest corner of the cemetery, next to the Onze-Lieve-Vrouw and Sint-Pieterskerk.

In addition to the mention of the names of the military and civilian victims, the names of the city council from 1918 are also mentioned.
Above a cannon is written the slogan "DONA EIS REQUIEM".
Between the names is "GERMAN BARBARIANNESS 1914-1918", which letters will be scratched out later during the occupation.

On November 11, 2000, the names of the victims of the Second World War are added.