Memorial Lantern of the Dead and Dying Heroes 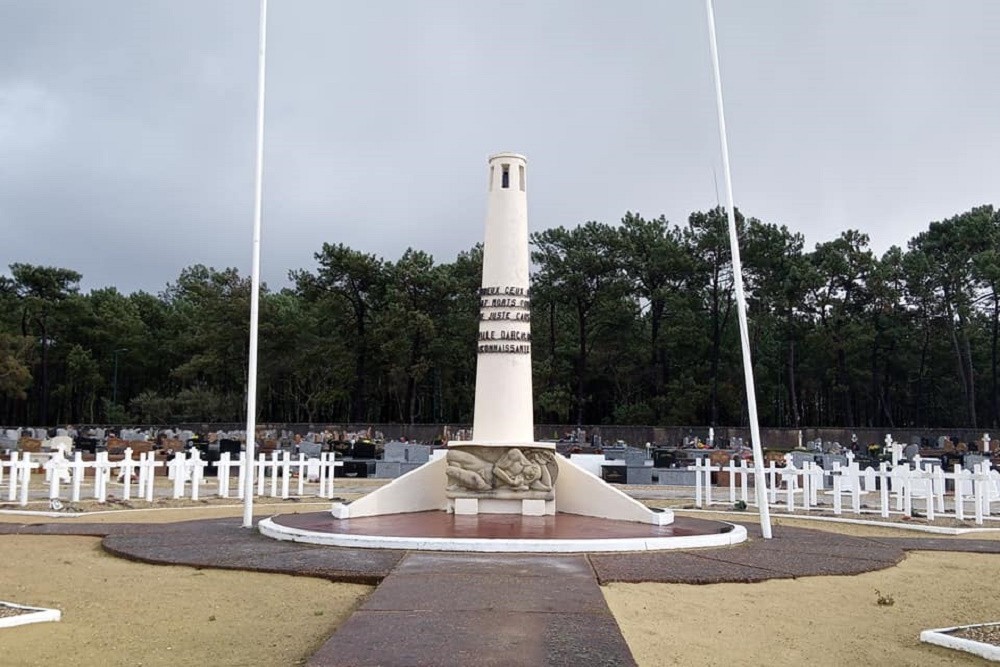 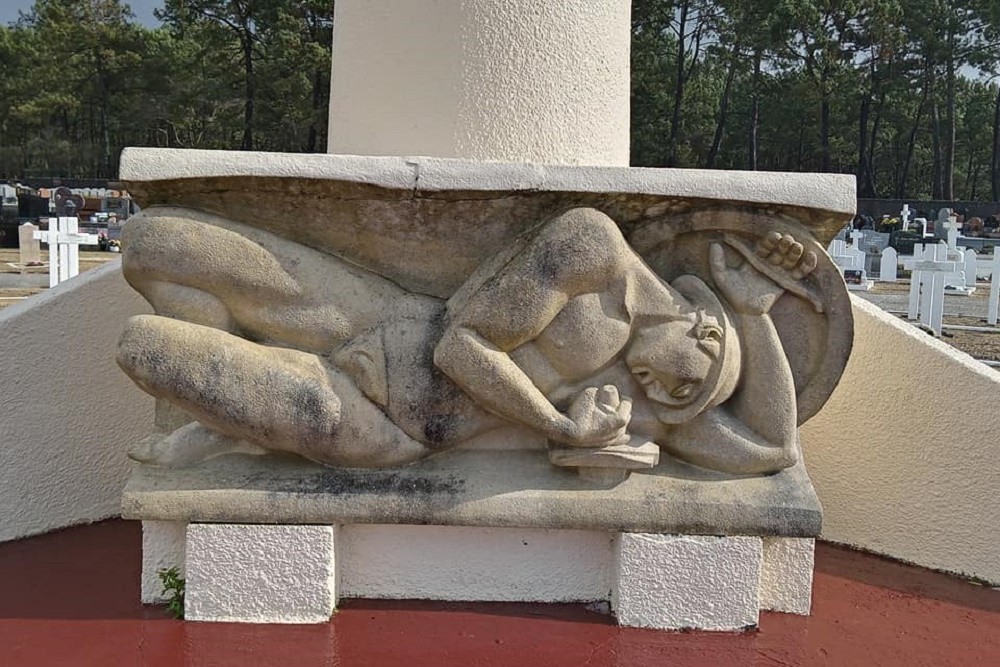 This memorial is in memory of all those who died in the service of France during the First and Second World War.
The memorial also contains plaques bearing the names of Tirailleurs senegalais (Senegalese Tirailleurs) who died in the Courneau military camp in Teste-de-Buch. The Senegalese Tirailleurs were a corps of colonial infantry in the French army recruited from Senegal. In April 1916, the French military authorities had set up a camp in Teste-de-Buch to acclimate the colonial troops to the European weather. Nearly 70,000 tirailleurs will take up residence in the camp's 400 barracks between April 1916 and September 1917.