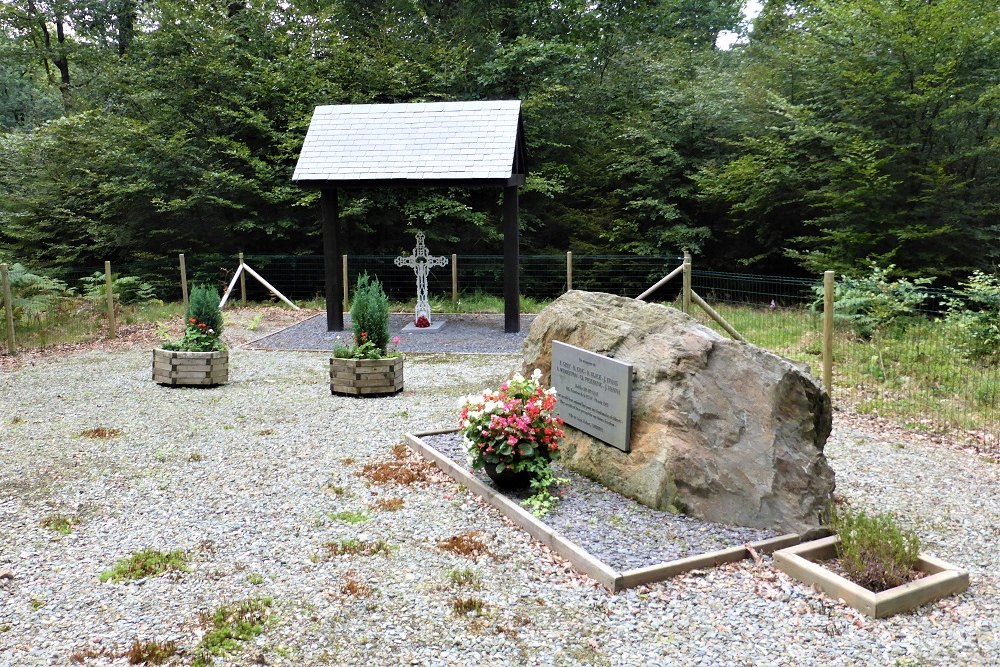 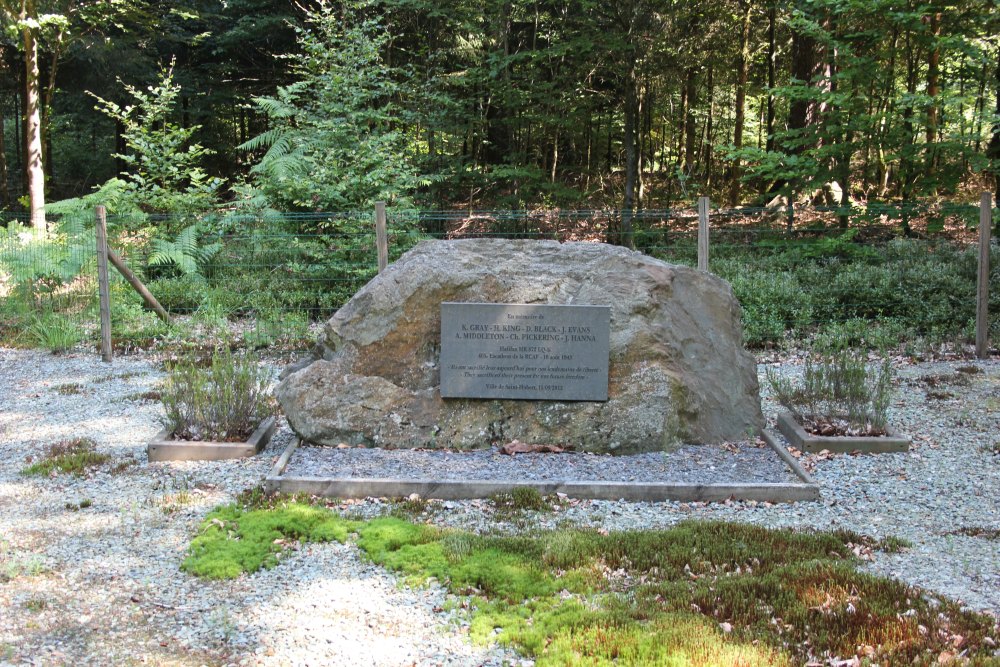 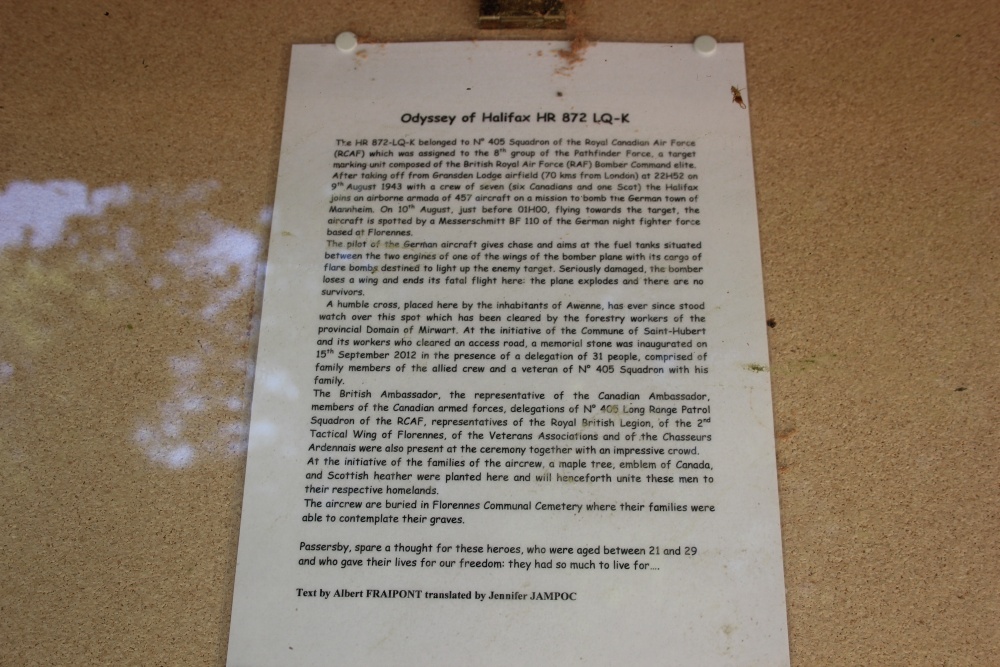 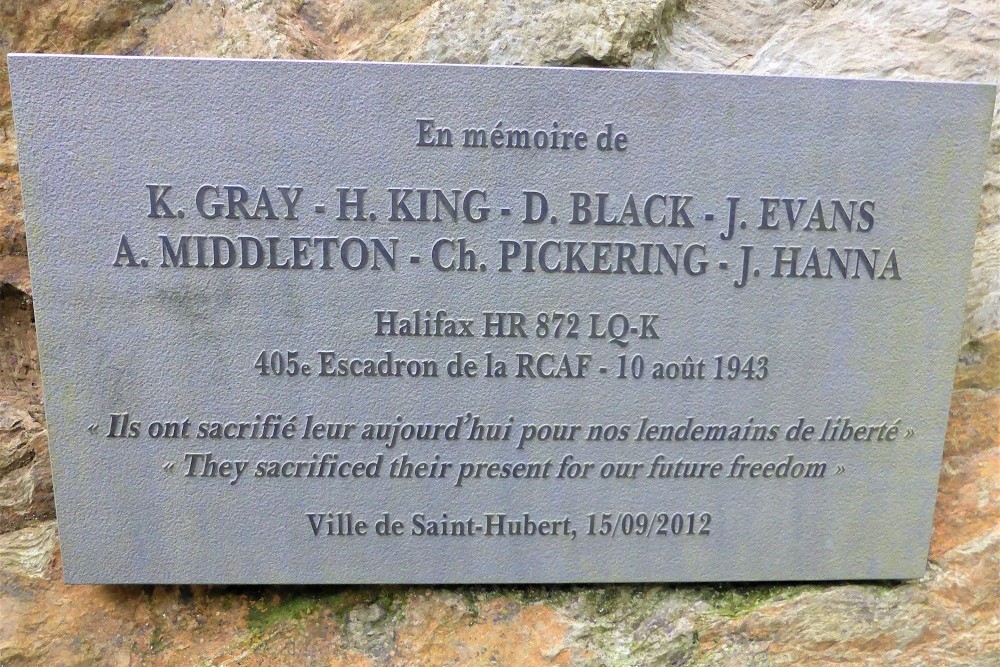 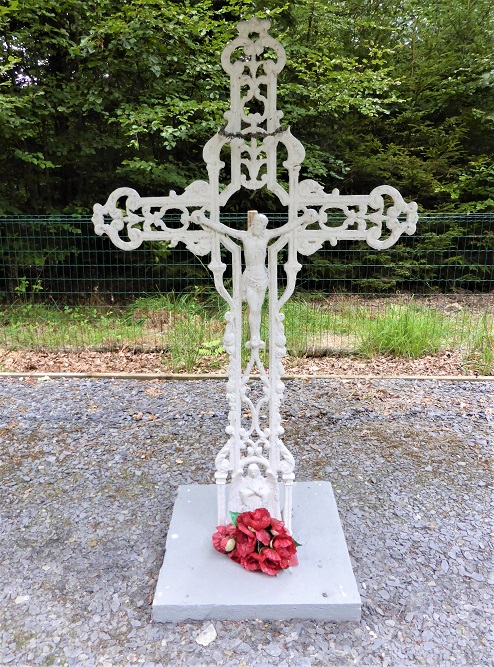 This memorial was erected in remembrance of the crew members of the Halifax HR 872 which crashed here on 10 August 1943.
The Halifax HR 872, based at Gransden Lodge (UK), took part in a bombing raid on Mannheim (Germany) when it was shot down by Lt Norbert Pietrek in his Bf 110. 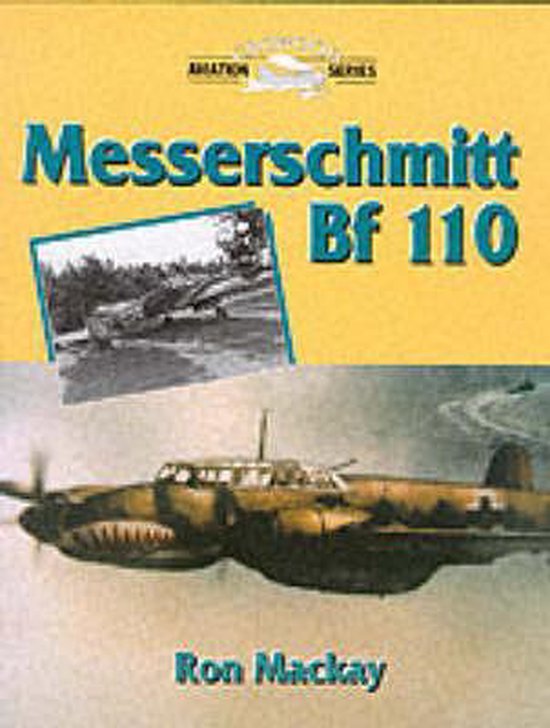 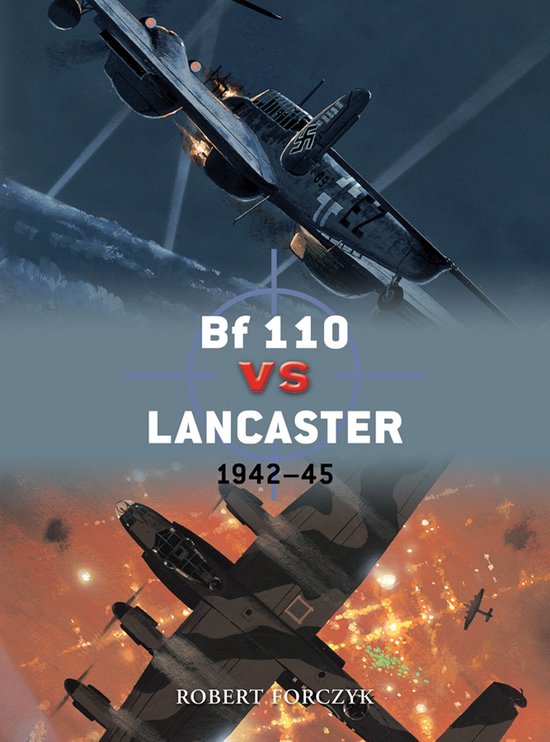