Plaque for Father and Son, Marchal 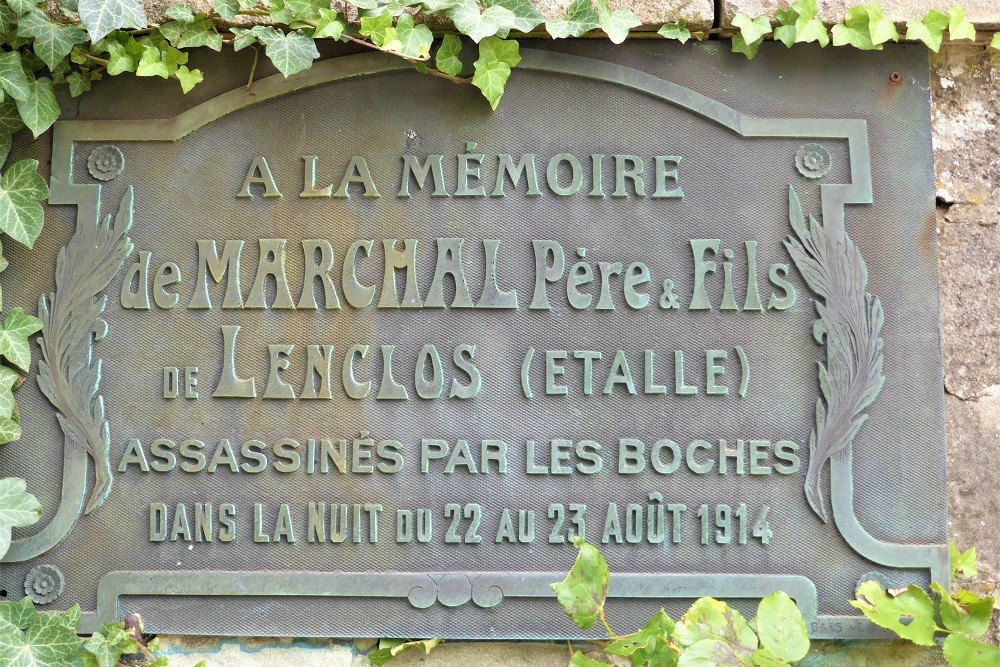 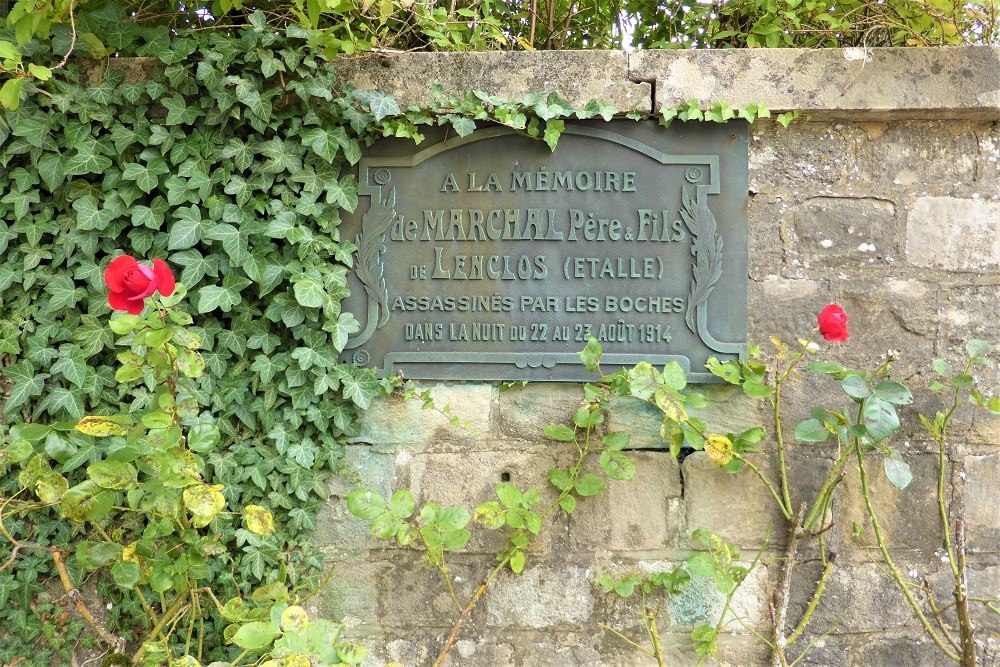 The memorial plaque is located on the forecourt of the Eglise Saint-Donat.
The father Auguste and his 17-year-old son, Jean-Baptiste, from Etalle, were murdered there at night.
The term "Boches" was often used during the war as a nickname or nickname for the Germans.