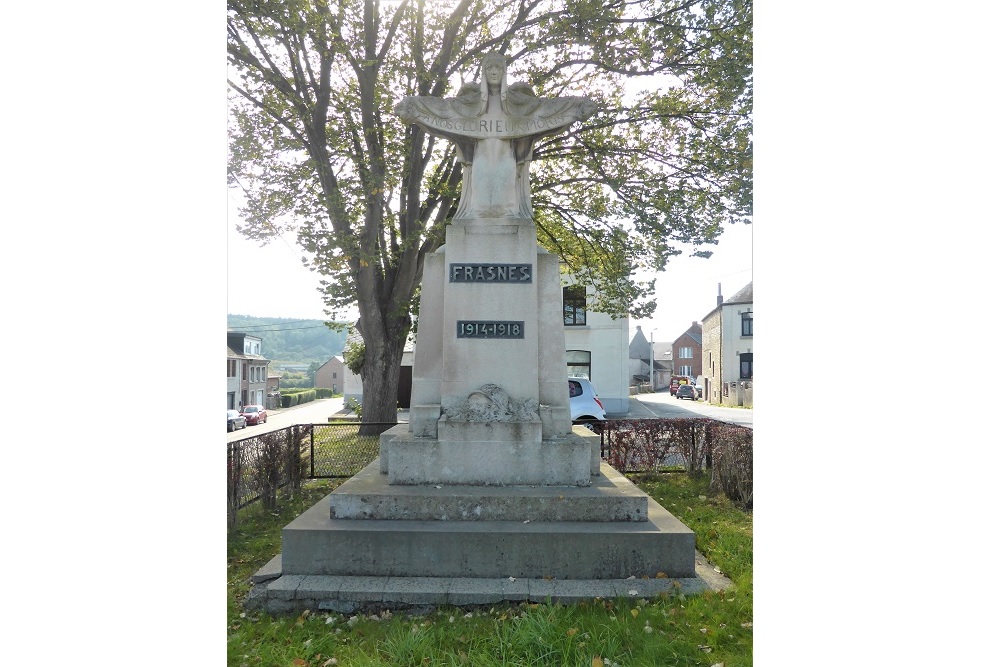 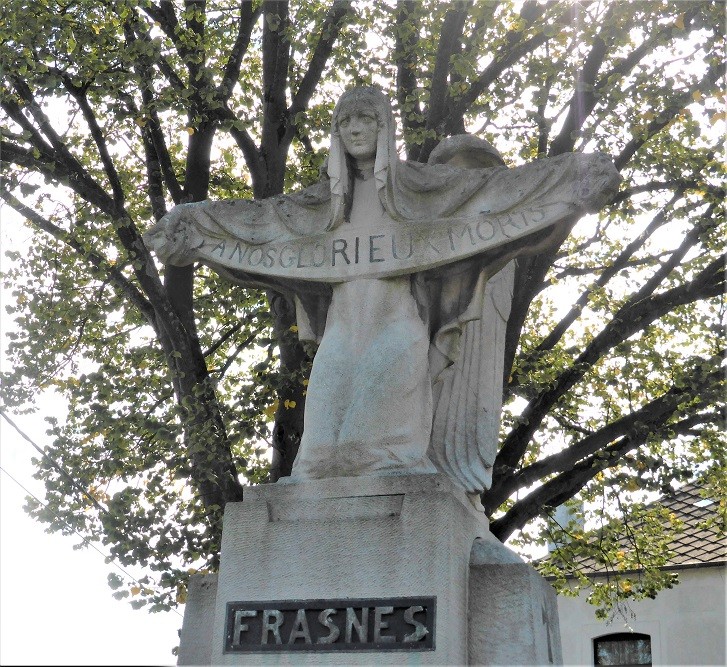 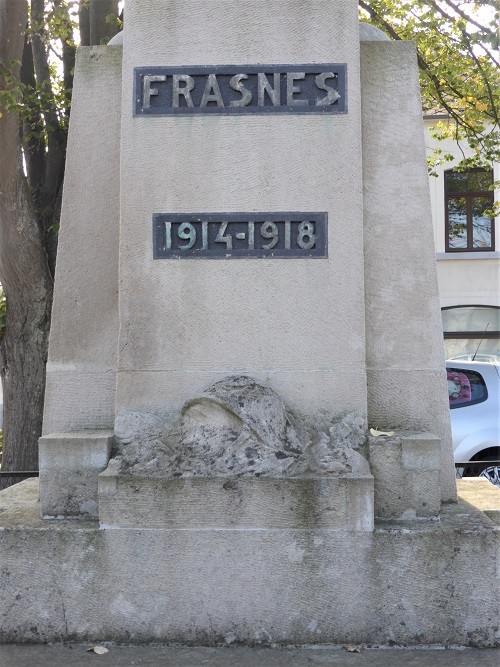 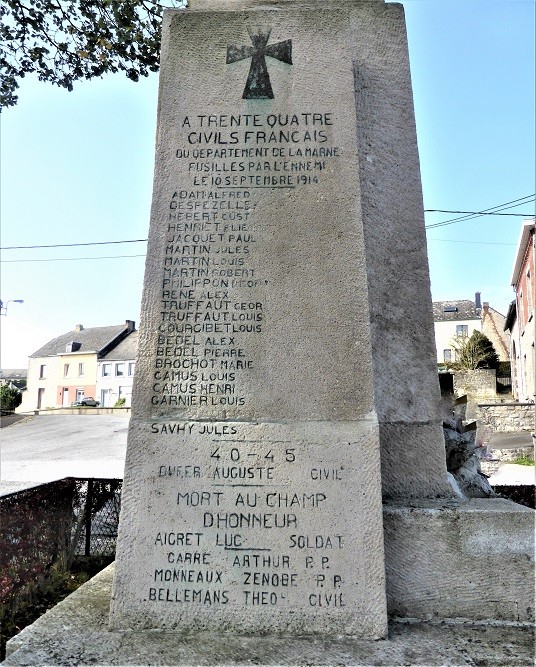 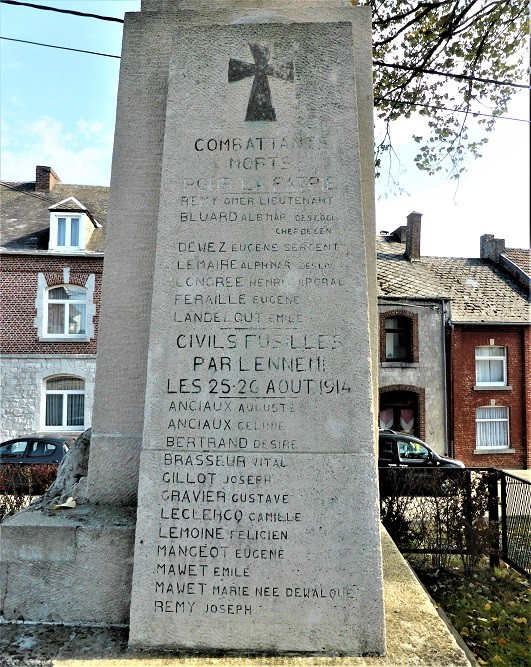 Monument in memory of the victims of the First and Second World War.

Left:
"Thirty-four French citizens of the Marne department shot by the enemy on September 10, 1914", followed by 20 names

September 10, 1914: The German defeat on the Marne in the early days of September 1914 had its epilogue in Frasnes.
As soon as the troops of the Third Army, which had arrived beyond the Marne, had to withdraw into the Region of Montmirail, they seized - according to their usual war method - a group of 38 civilians, of whom they brought thirty-four to Frasnes.
They were set up at the foot of the "Lion's Quarry", a quarry, and were shot without trial.
Due to further cruelty, the executors prohibited the identification of the corpses so that the list of the victims is incomplete.