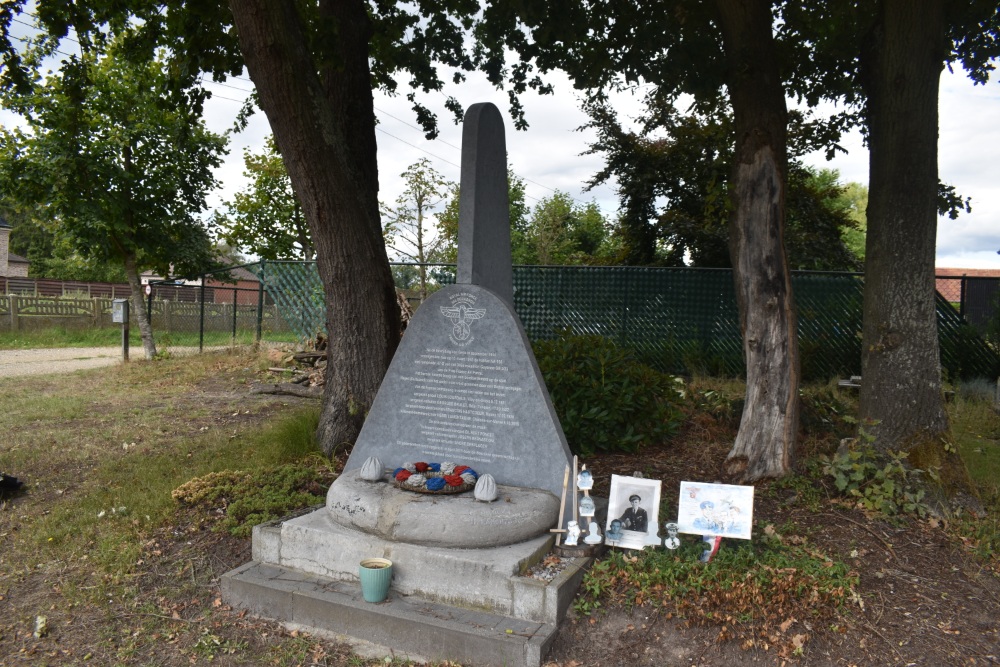 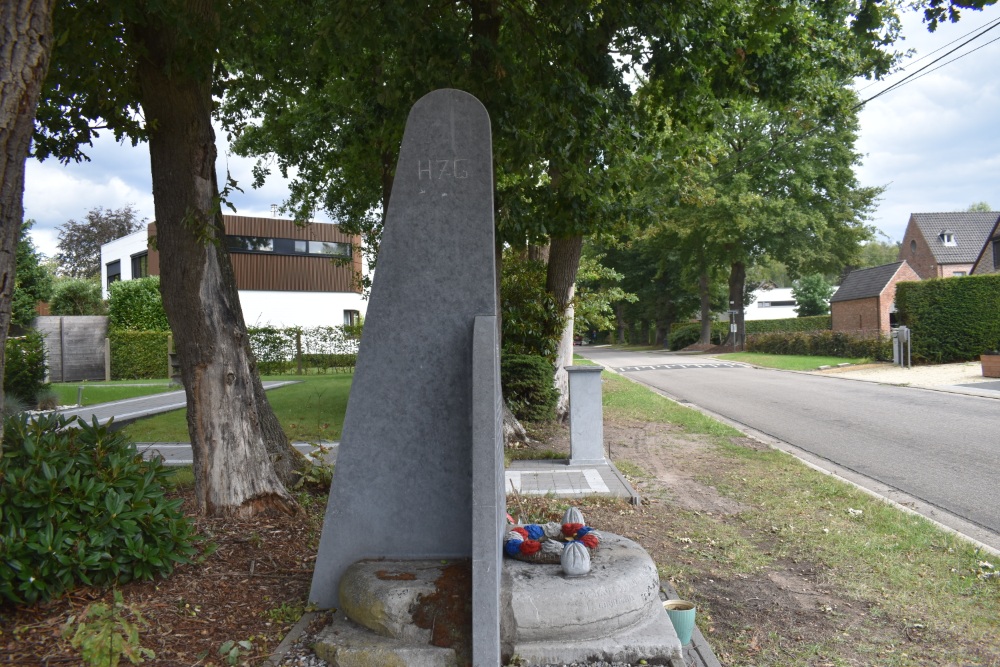 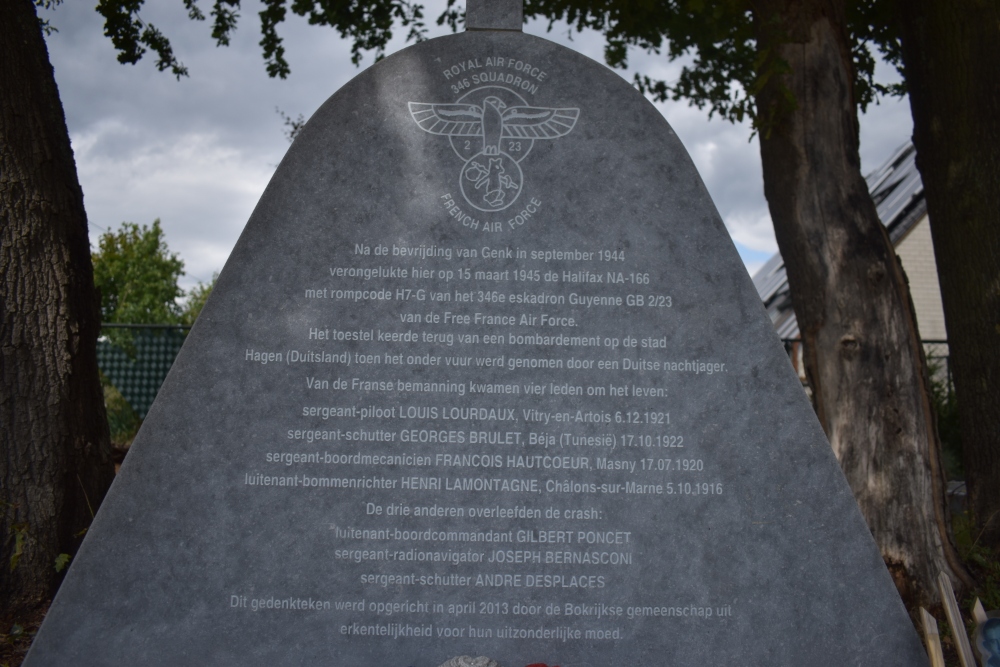 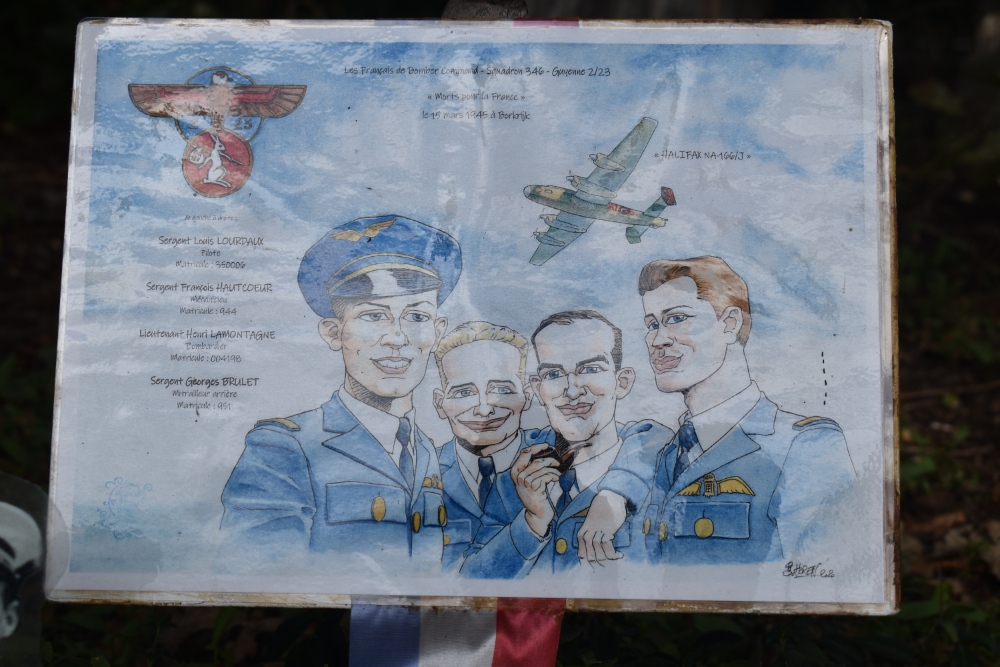 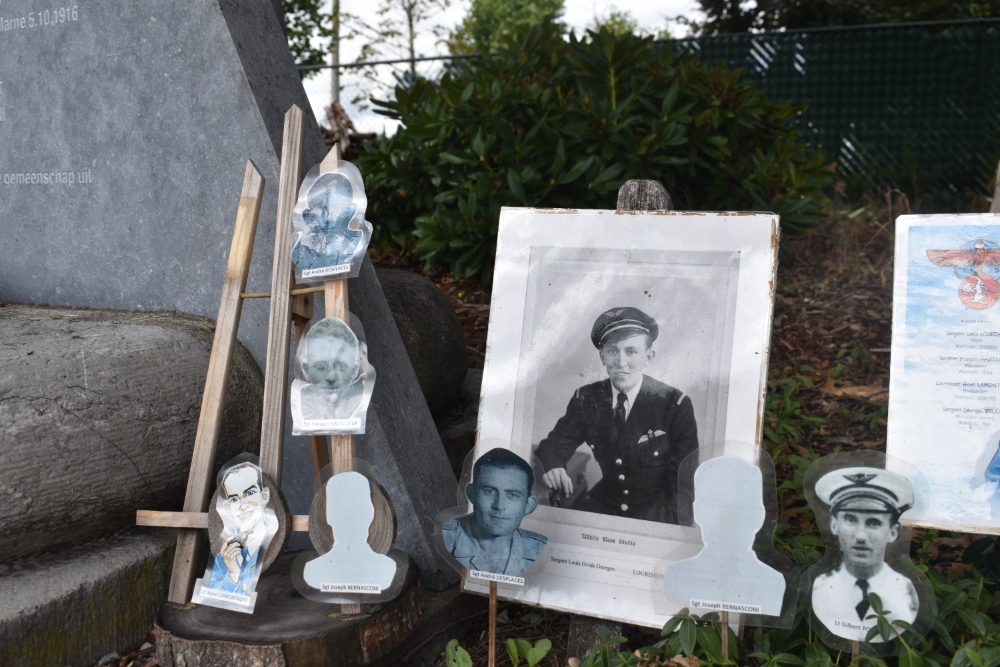 This aircraft came down in pieces near this location late on the night of the 15th March 1945.
The aircraft was from one of the two French bomber squadrons based at RAF Elvington in Yorkshire. This particular Halifax was from RAF 346 Guyenne GB/2/23 Squadron, and was returning from a bombing raid on Hagen, south east of Dortmund, Germany on that fateful night, when it was intercepted by a German night fighter over Belgian territory .
Of the seven man crew, three managed to survive with thier lives. One of the survivors was the flight commander Lt Gilbert Poncet, who fell in to the gardens of a local monastery .And was taken to the chapel by some of the brothers, where candles were lit in prayer. What he must have thought after regaining consciousness in such surroundings!
During an approximate 11 month deployment the squadron took part in 1,479 operational sorties, including attacking radio, radar and gun batteries ahead of the Normandy landings, attacking V1 and V2 sites, making fuel runs to the 2nd Army in Brussels and taking part in bombing runs on the Ruhr. And not unlike this crew of H7-G, the French bomber crews were to sustain over a 50% casualty rate.