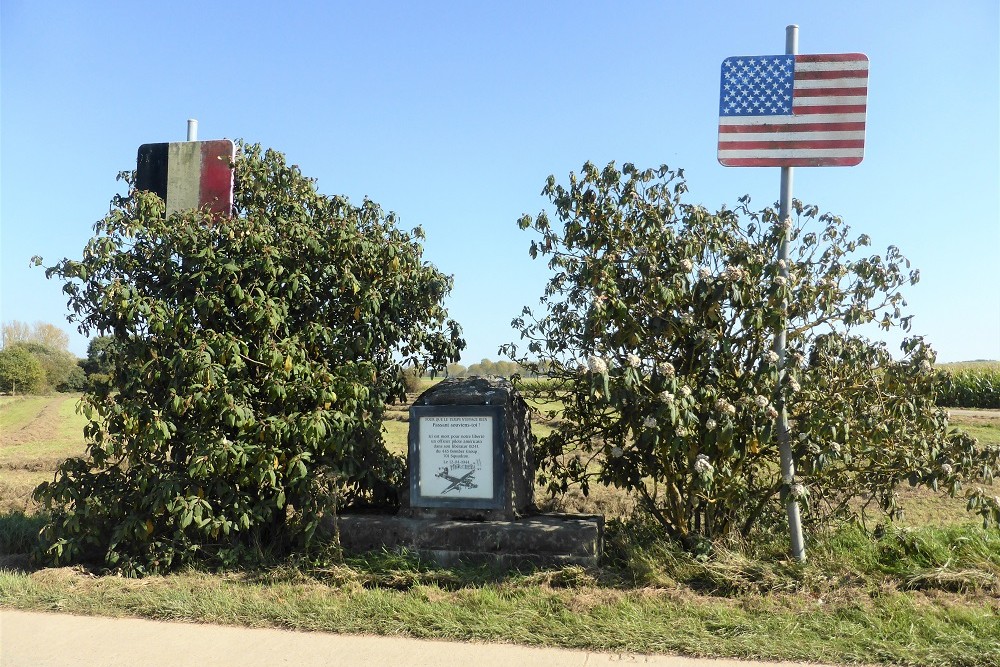 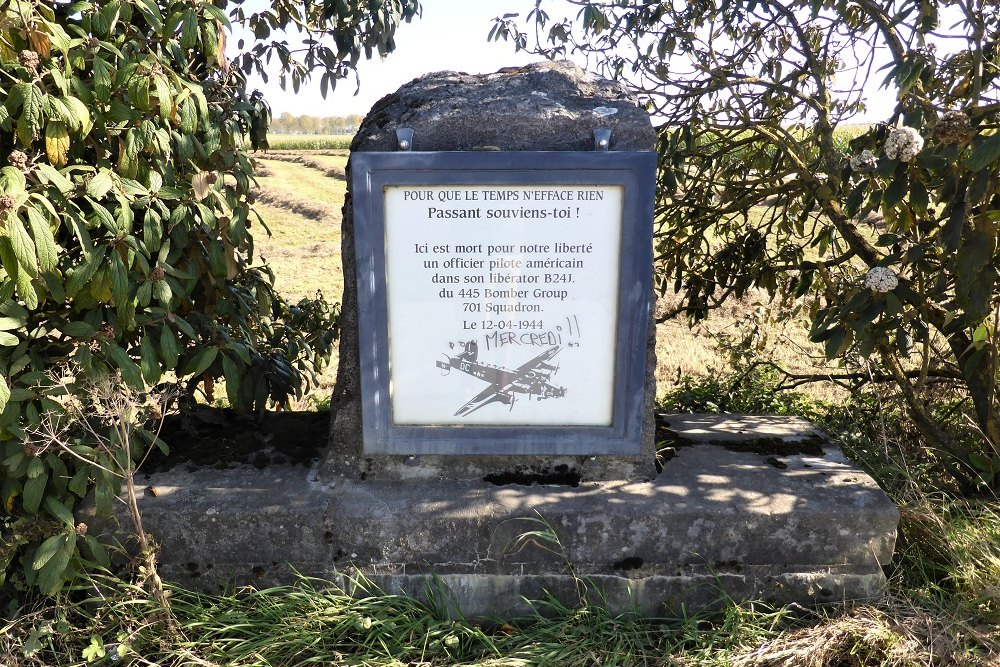 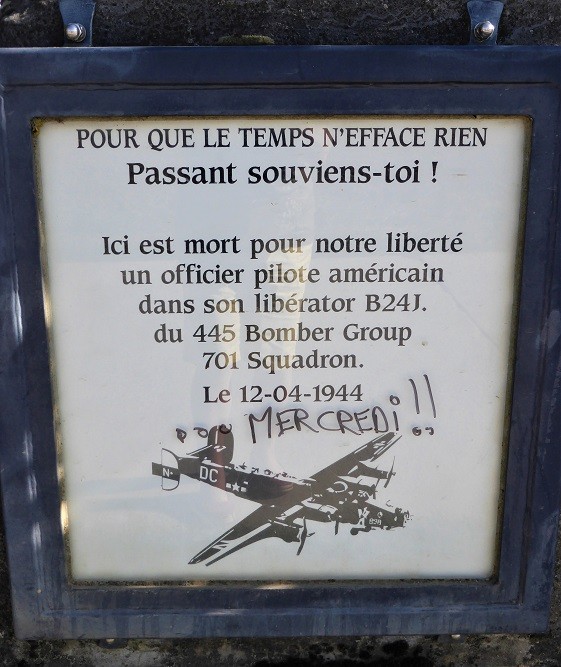 The B-24 Liberator was a heavy American long-range bomber that was widely produced and used in World War II.
1st Lieutenant John B. Anderson's Liberator "Tennessee Dottie" was shot down over Mettet on April 12, 1944 by Focke-Wulfs of the Jagdgeschwader 26.

The memorial in Mettet was unveiled on June 1, 1996 and stands at the intersection of Rue de la Croix and an unnamed field track.

"So that time wouldn't erase anything
Passer-by, remember
Died here for our freedom
an American officer pilot
in its liberator B24J
of the 445th Bomber group
701 squadron
on 4/12/1944 "