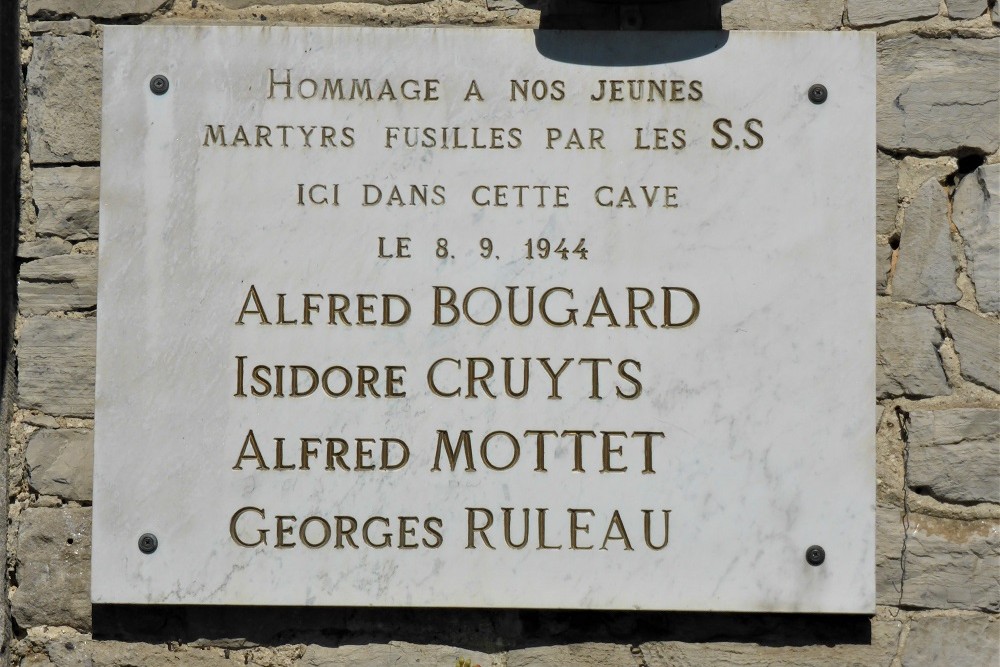 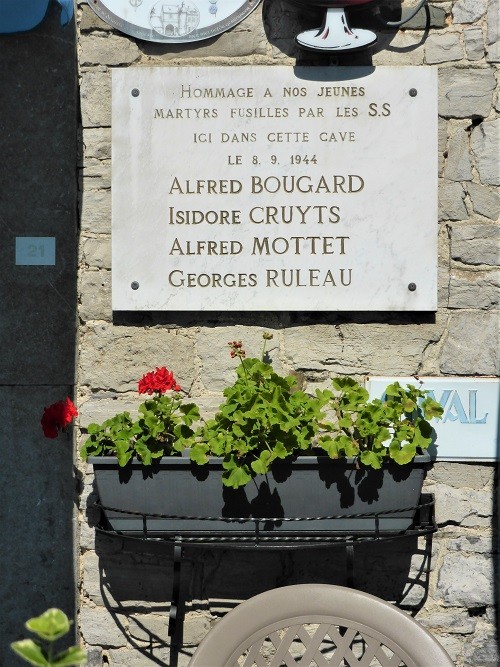 On the facade of the café "Le Baratin" hangs a plaque commemorating 4 young men, murdered by the Germans.

On September 8, 1944, Modave was occupied by an SS unit.
Alfred MOTTET (25) worked on the castle's farm. Returning through the meadows at night, he was stopped by the SS on the main road.
Alfred BOUGARD (21), Isidore CRUYTS (24) and Georges RULEAU (25) were at the Pont de Bonne to watch the American troops pass by. They returned to Modave by railroad and were picked up by SS guards at the municipal school.
The four young men were shot in the basement of the café "Au vieux Tilleul".

Commemorative plaque:
"Tribute to our young
martyrs executed by the SS
here in this basement
on 8.9.1944 "

Source: "Modave between water and castles"