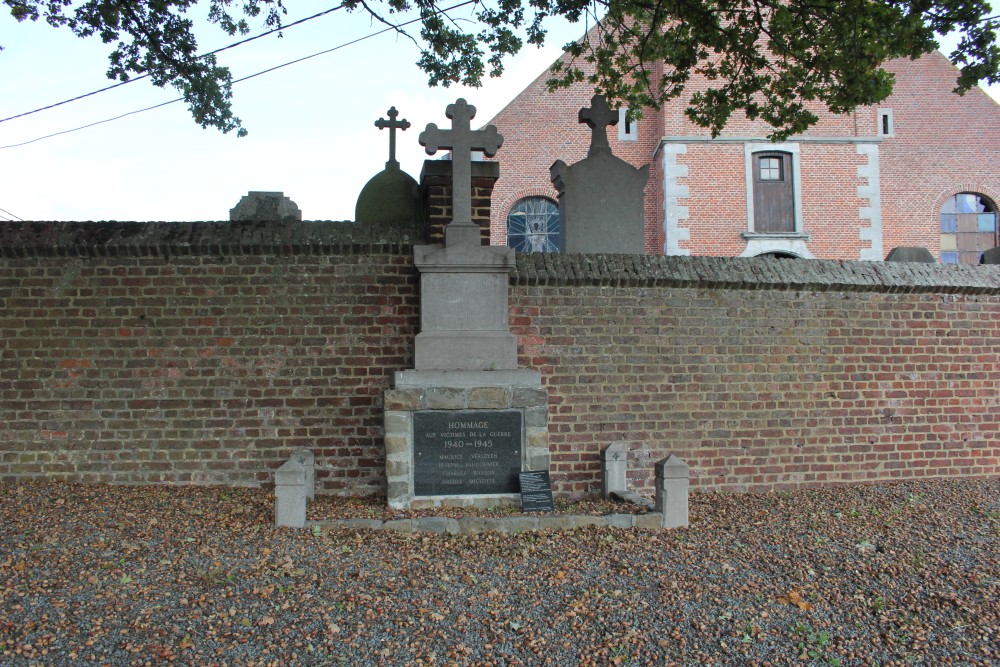 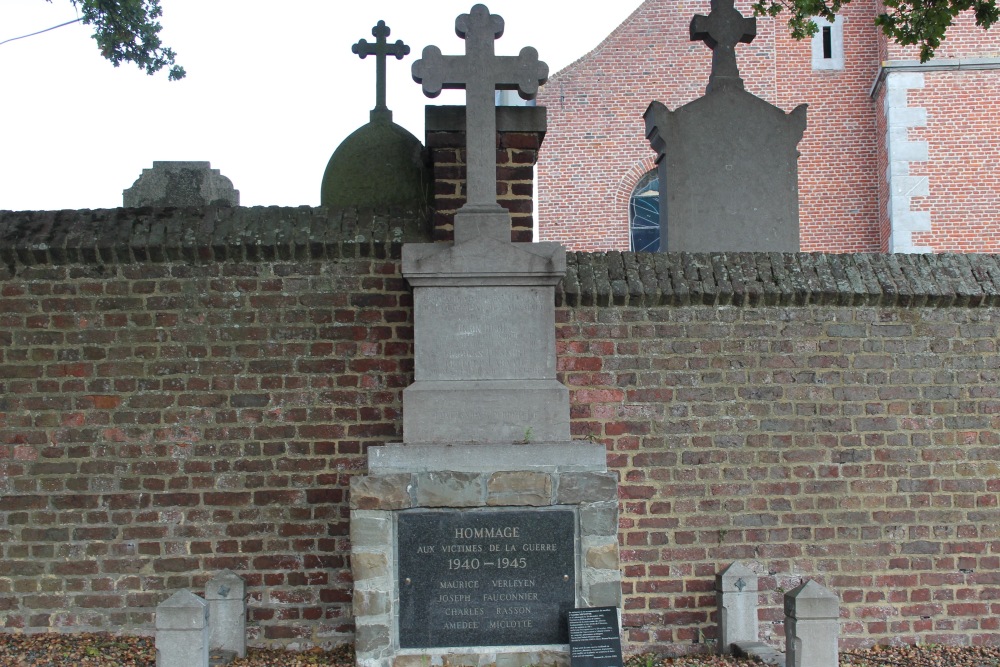 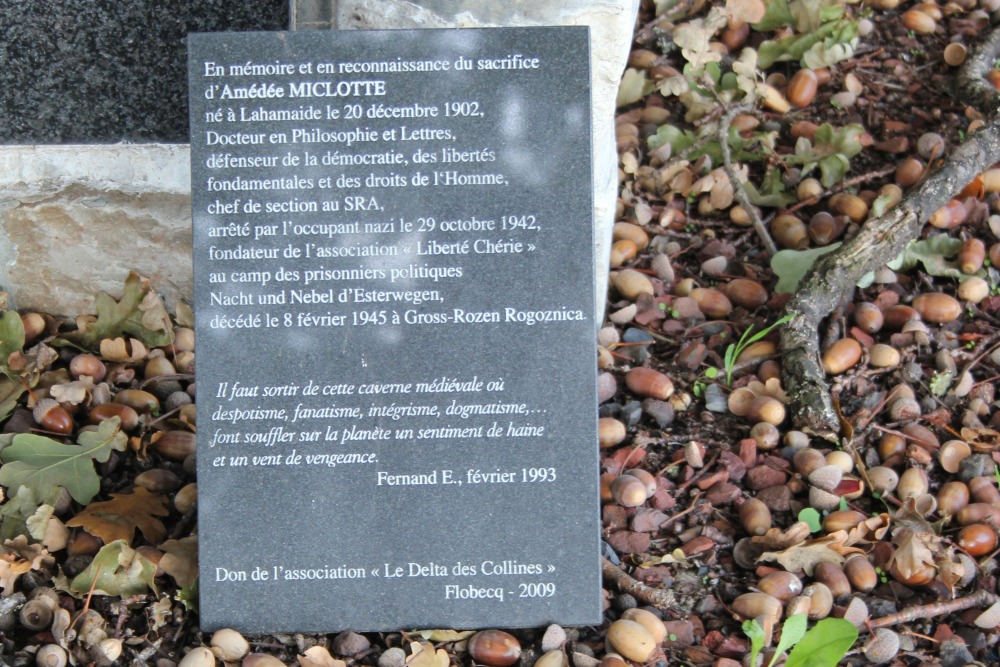 War memorial near the church at Lahamaide to commemorate the military and the civilian victims of the Second World War.

There is also a remembrance stone in memory of MICLOTTE Amedée, resistance fighter. He was arrested by the Germans on 29 October 1942 and died in the concentration camp of Gross-Rozen on 8 February 1945.