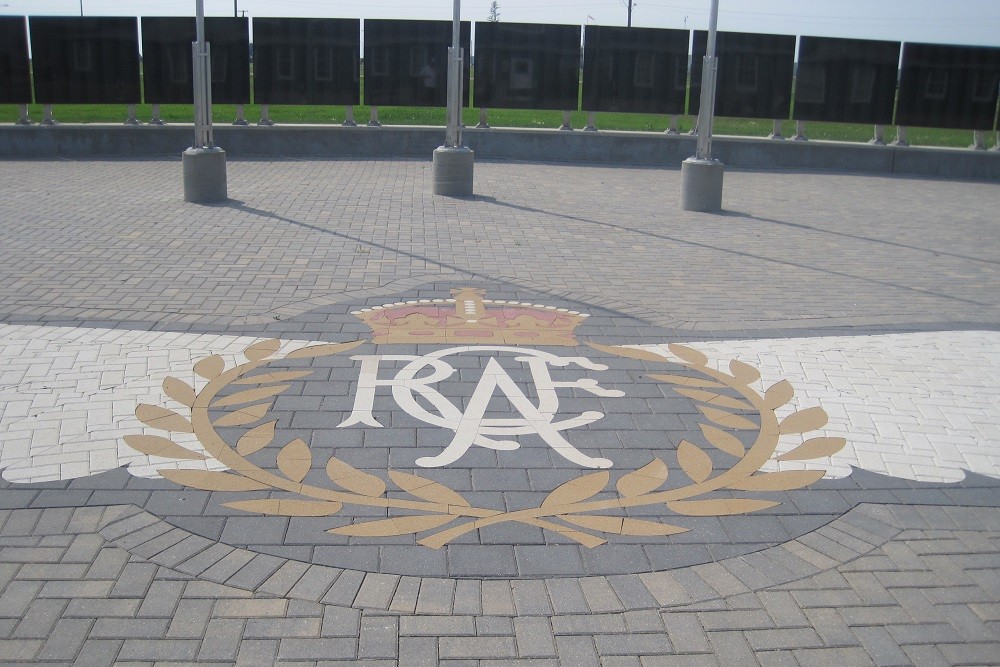 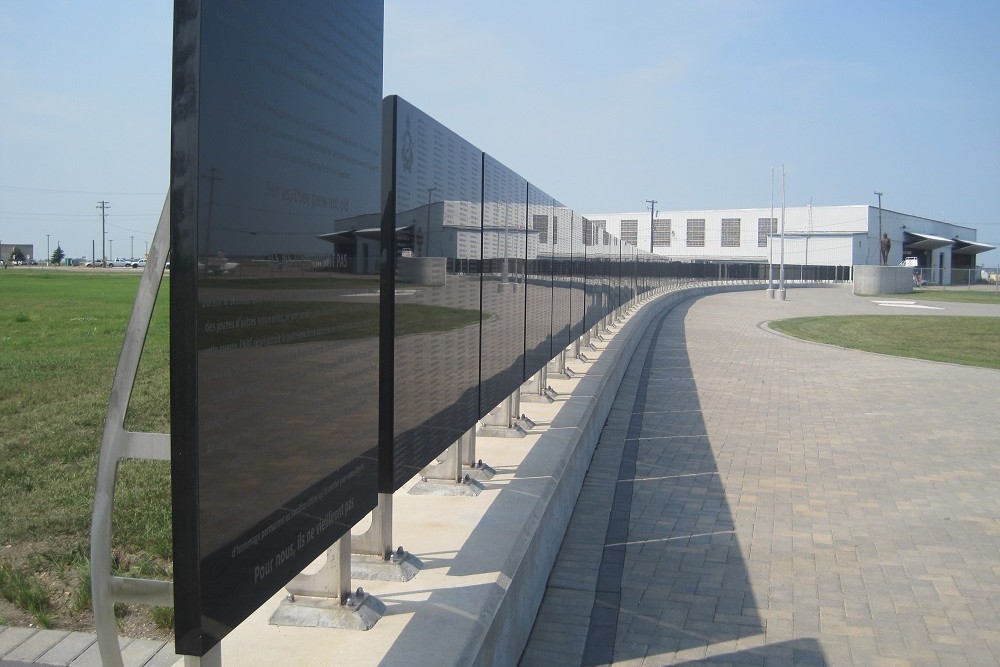 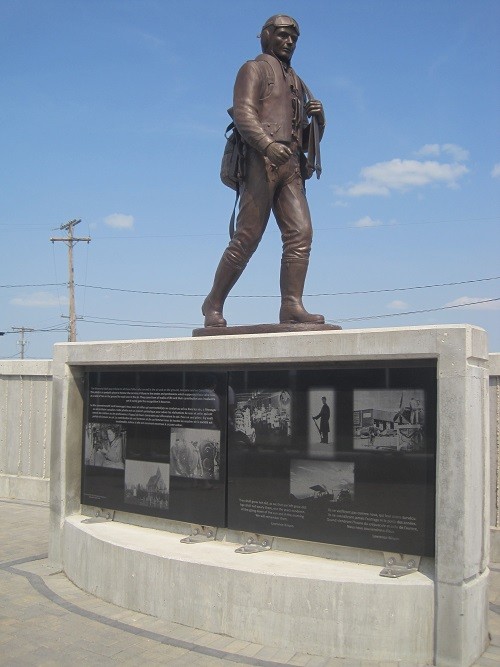 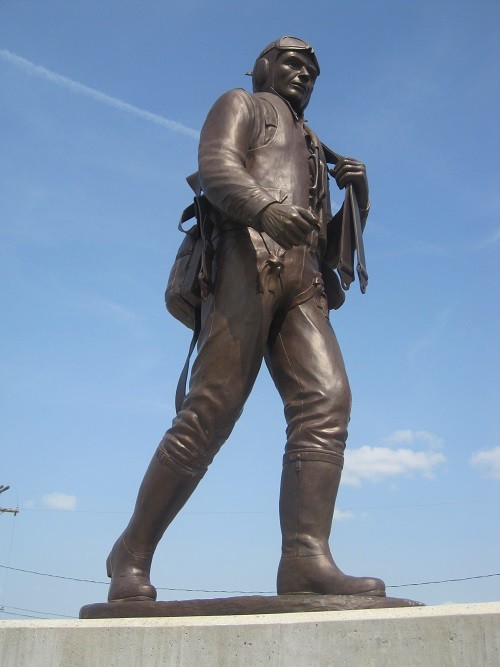 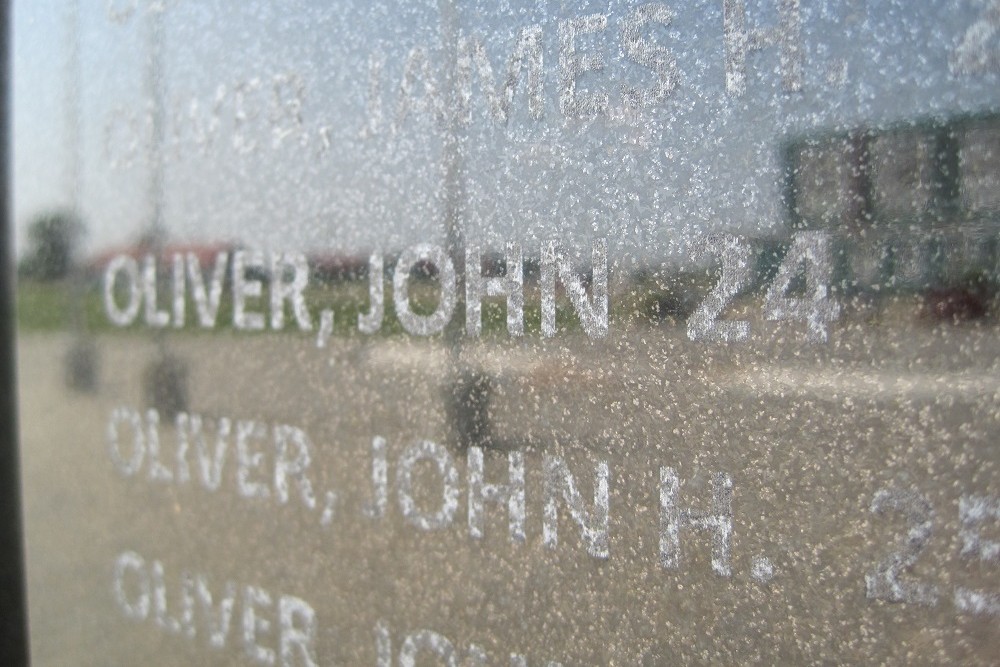 The RCAF WW2 Memorial is a large memorial that sits on the grounds of the British Commonwealth Air Training Plan Museum in Brandon, Manitoba, Canada. The memorial was unveiled in 2014, coinciding with the 75th anniversary of Canada's entrance into the Second World War.

The memorial is shaped like an airfoil and is made up of a 91m long black granite wall (made up of 64 segments) as well as a large bronze statue. The wall bears the names and ages of more than 18,000 RCAF personnel who were killed during the Second World War. It also includes the names of RAF, RAAF, and RNAF personnel who died in Canada bringing the total number of people named on the memorial to approximately 19,000. The statue is a 2.6m bronze airman in training who watches over the wall. The brickwork around the memorial features a large mosaic of coloured bricks depicting a pair of WW2 era RCAF pilot's wings.