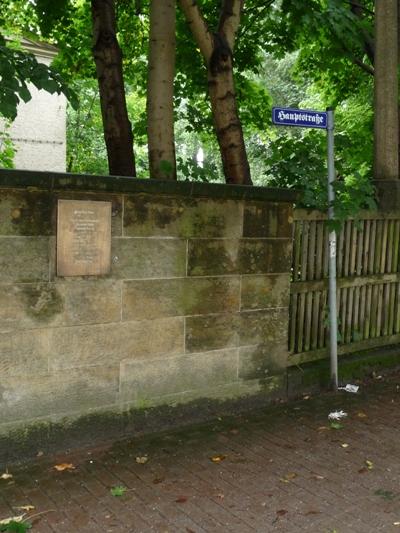 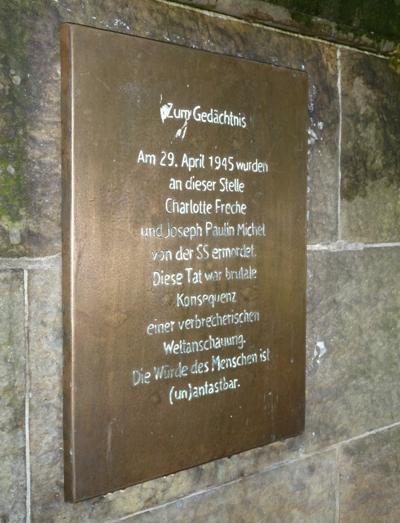 On this location, on 29 April 1945, two people, Charlotte Freche and Joseph Paulin Michel, were hanged by SS-men.

When the labor-camp in Radeberg finished, the Belgian laborer Joseph Paulin Michel a place to stay for the night, so that he could return to Belgium the next morning. He knew Charlotte Freche and could stay at her house at Winkelwiese 14, because her husband, a SS-soldier, was at the front. They next morning her husband returned unexpectedly, because the front came near. He saw Charlotte and Joseph and without saying a word, he left the house.

A few hours later, Charlotte was arrested in the house of her parents and Joseph was arrested after a hunt with dogs. After a short trial in her house at Winkelwiese 14, they were sentenced to death. In the evening, they were hanged with clotheslines.