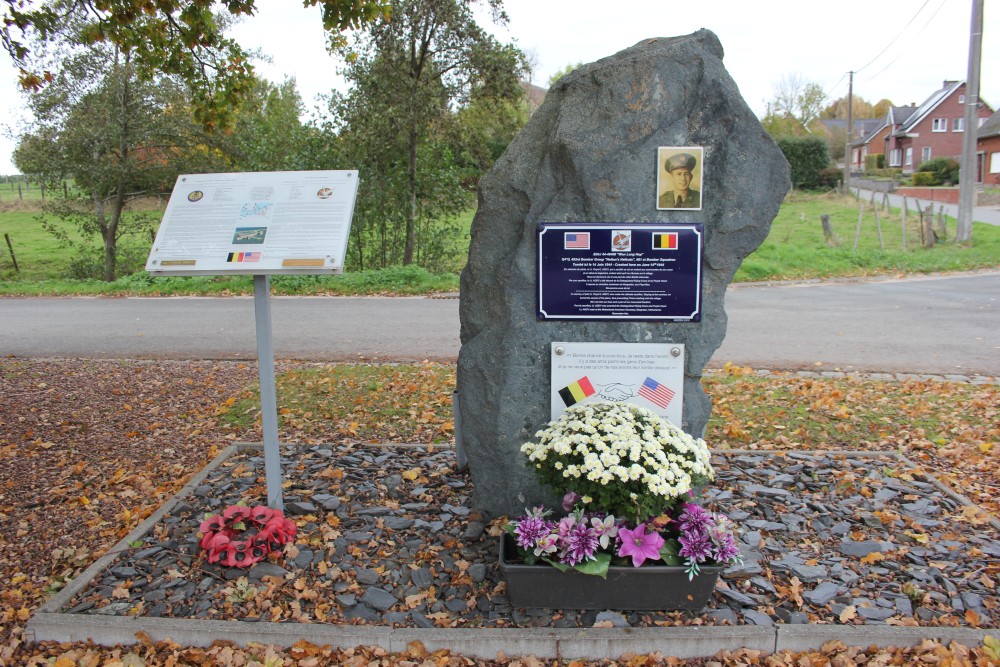 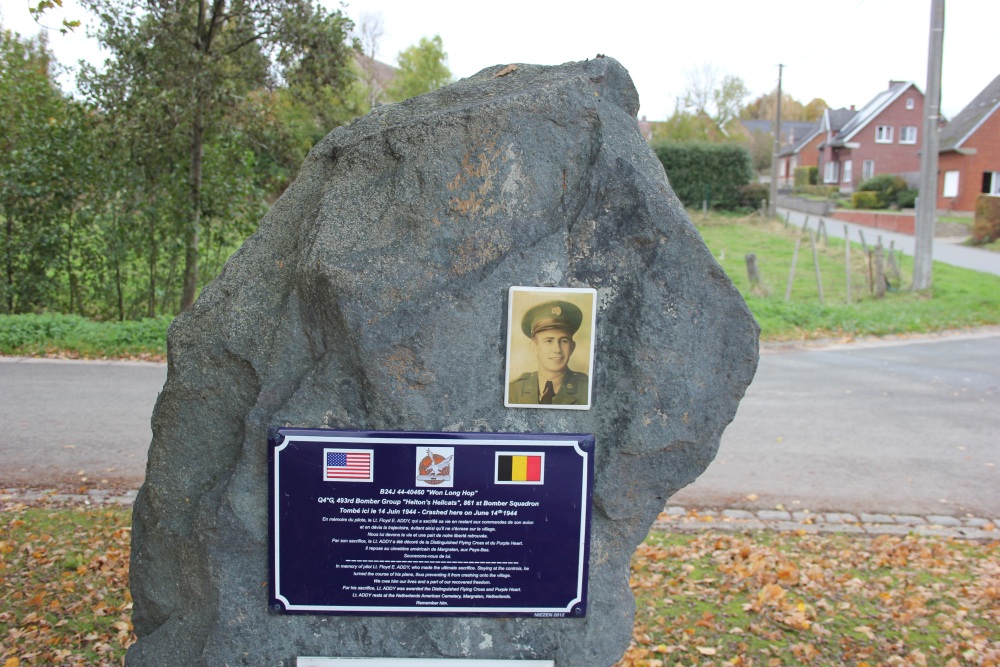 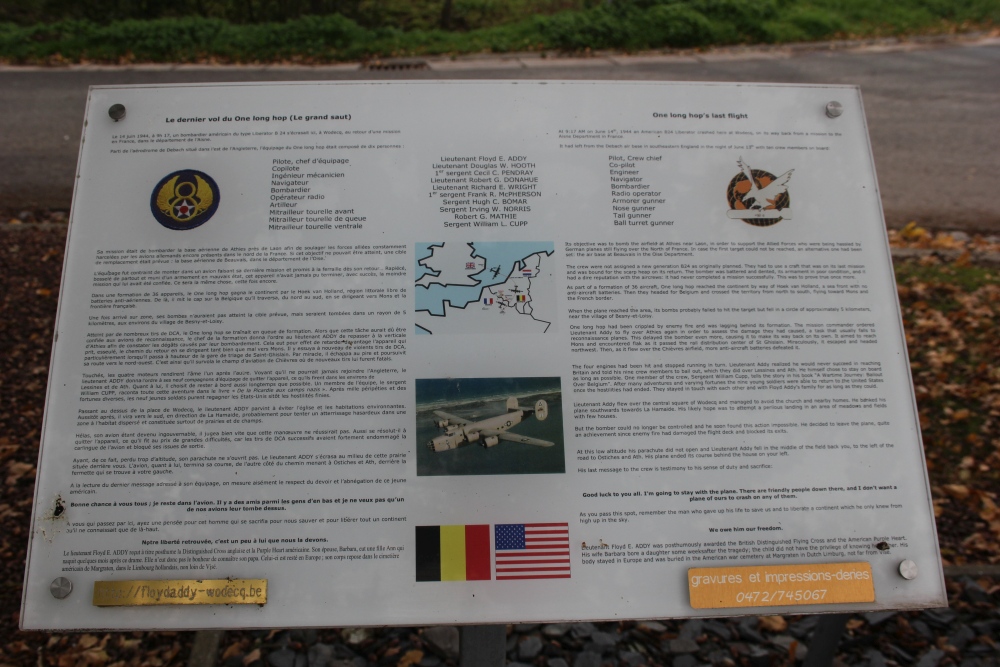 This memorial was erected in memory of Second Lieutenant Floyd E. Addy, 861th Bombardment Squadron, 493rd Bombardment Group. Floyd E. Addie was killed on June 14, 1944 during a mission over Chièvres. The plane crashed at this place, outside of the village of Wodecq.
All other crew members saved themselves and were captured by the Germans.
Lt. Floyd E. Addy was buried in the American War Cemetery in Margraten, Netherlands.