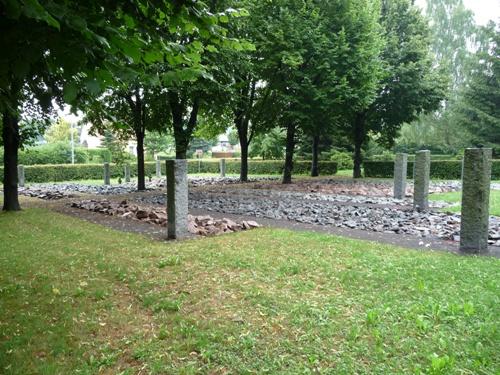 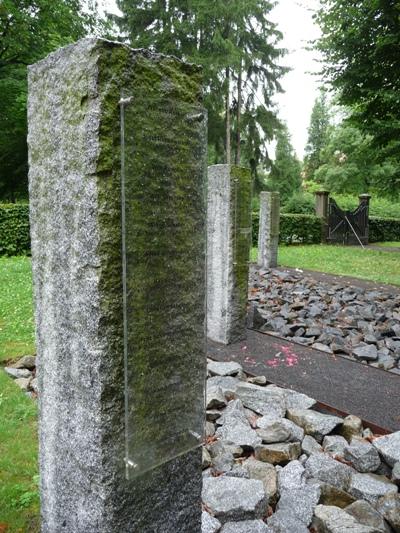 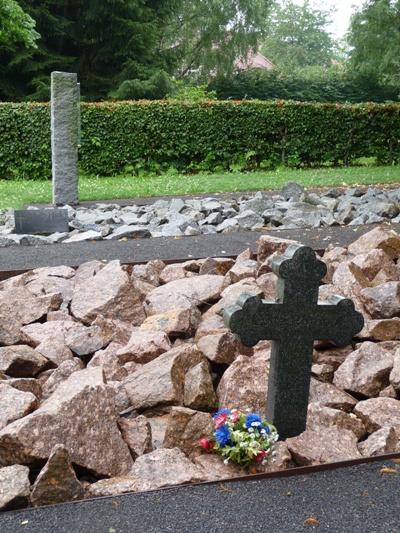 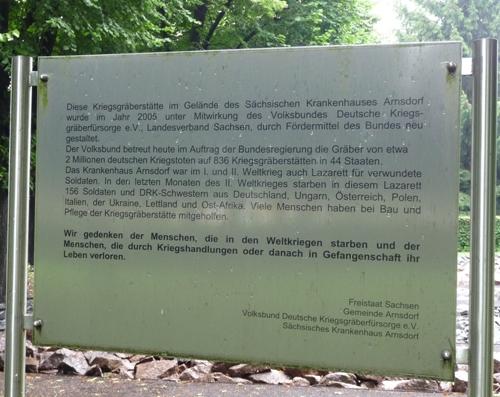 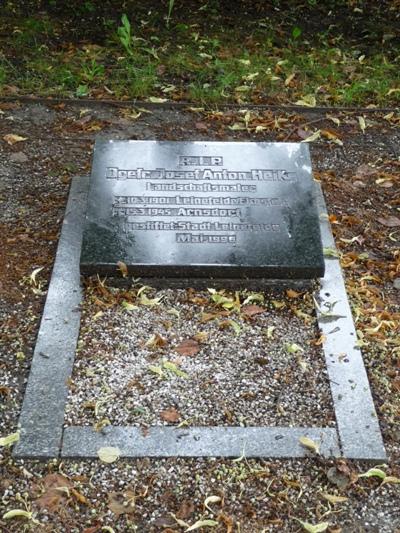 During World War II, the hospital of Arnsdorf was used as military hospital, especially in 1945 during the battle against the Red Army. Wounded soldiers who died were buried nearby the hospital. On this hospital-cemetery, 156 German soldiers were buried, as well as several nurses.