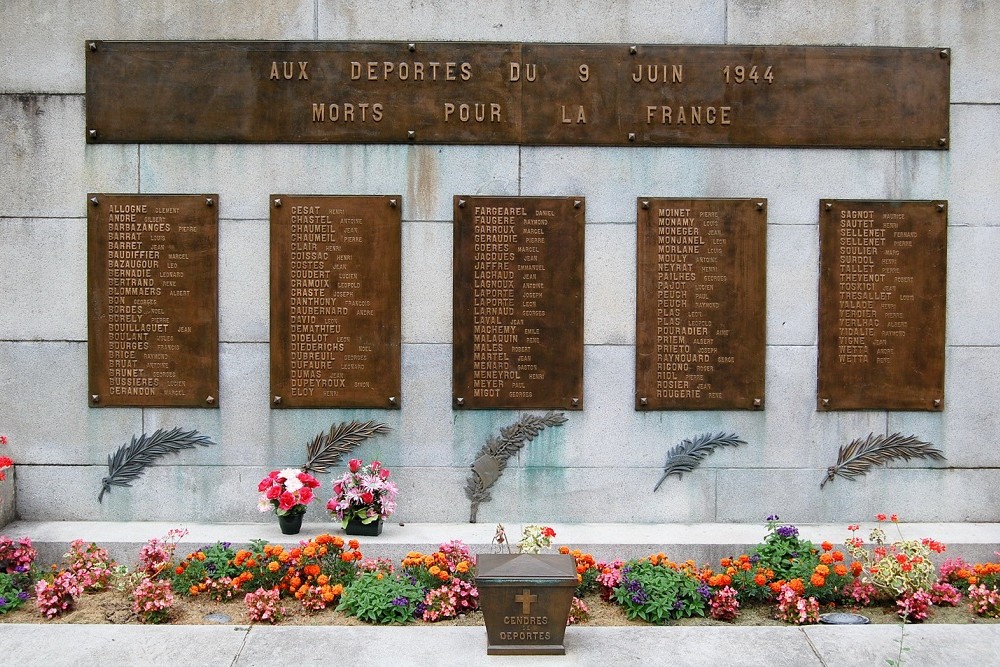 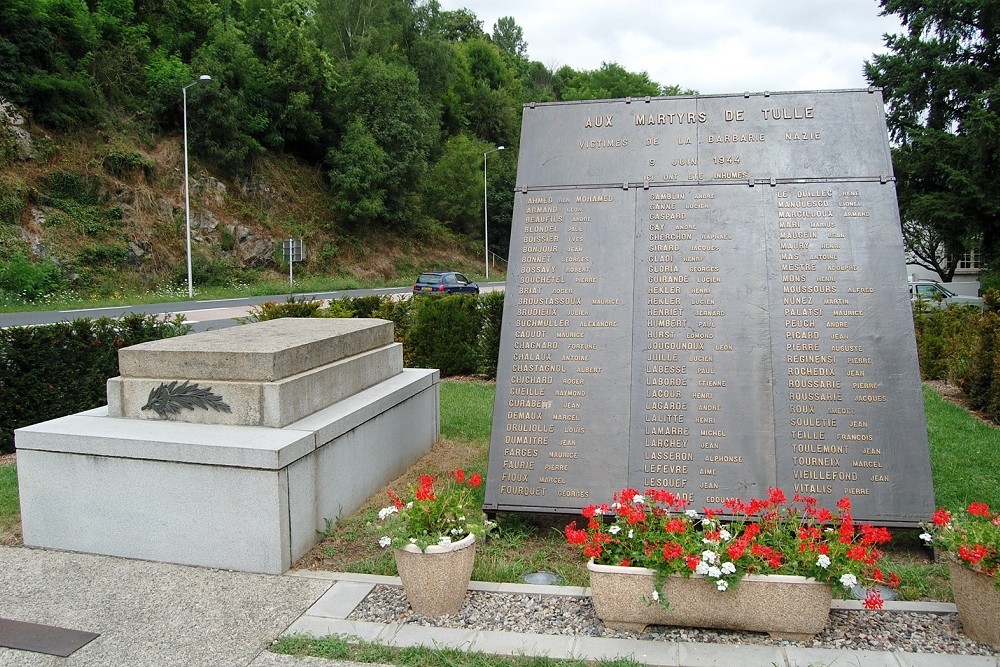 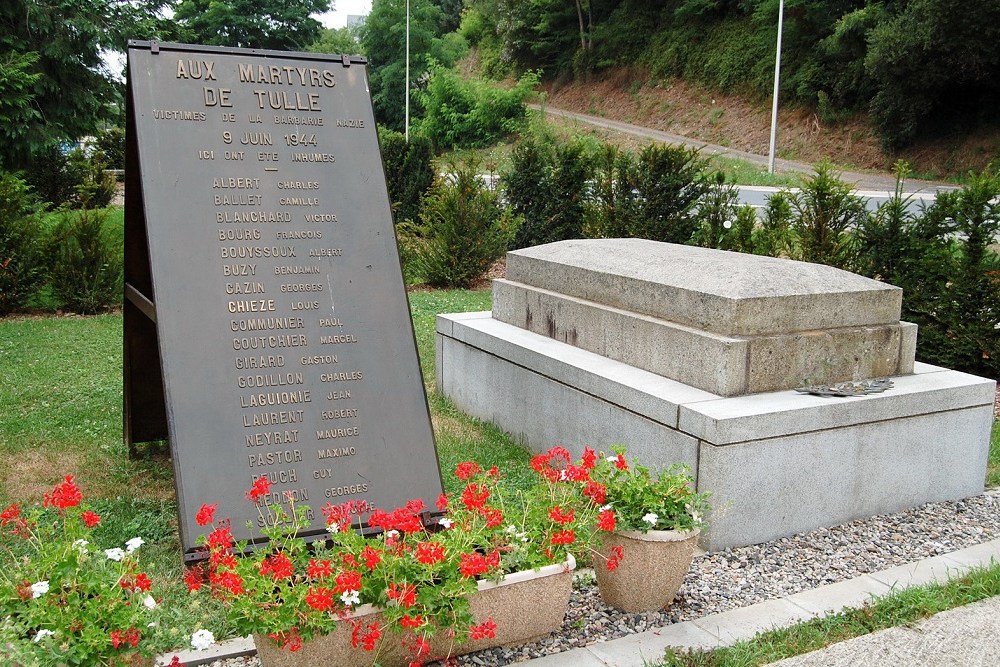 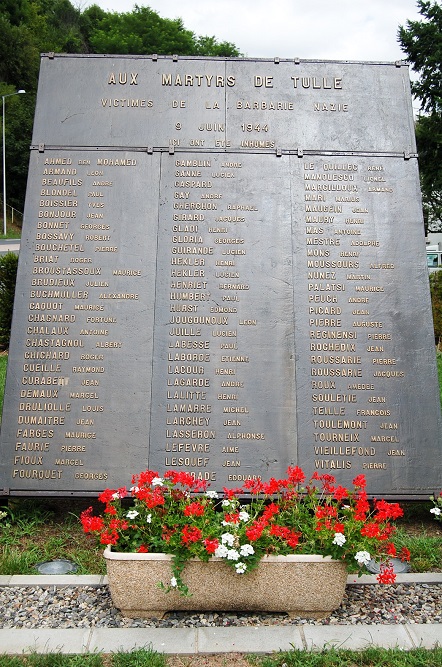 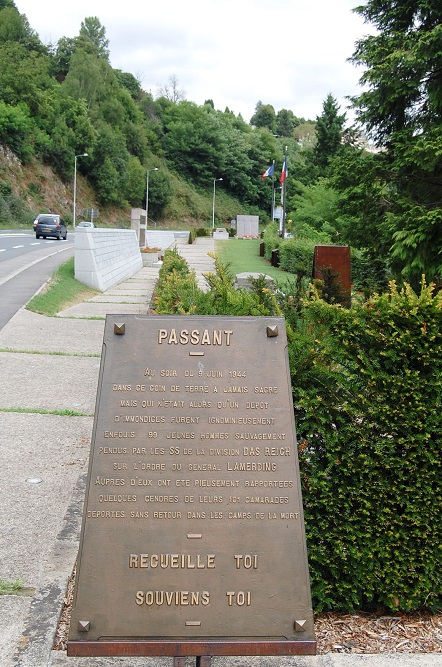 This memorial and mass grave commemorates the massacre of Tulle. On 9 June 1944, a reprisal measurement was executed by the 2nd SS Division Das Reich, on its way to Normandie and the Sipo-SD, because of an action of the resistance. All men between 16 and 60 years old were arrested. Of those, 99 were hanged the same day. 149 other men were sentenced to Dachau concentration camp, where 101 of them were murdered.

Shortly after, the 2nd SS Division Das Reich was involved in the massacre in Oradour-sur-Glane.