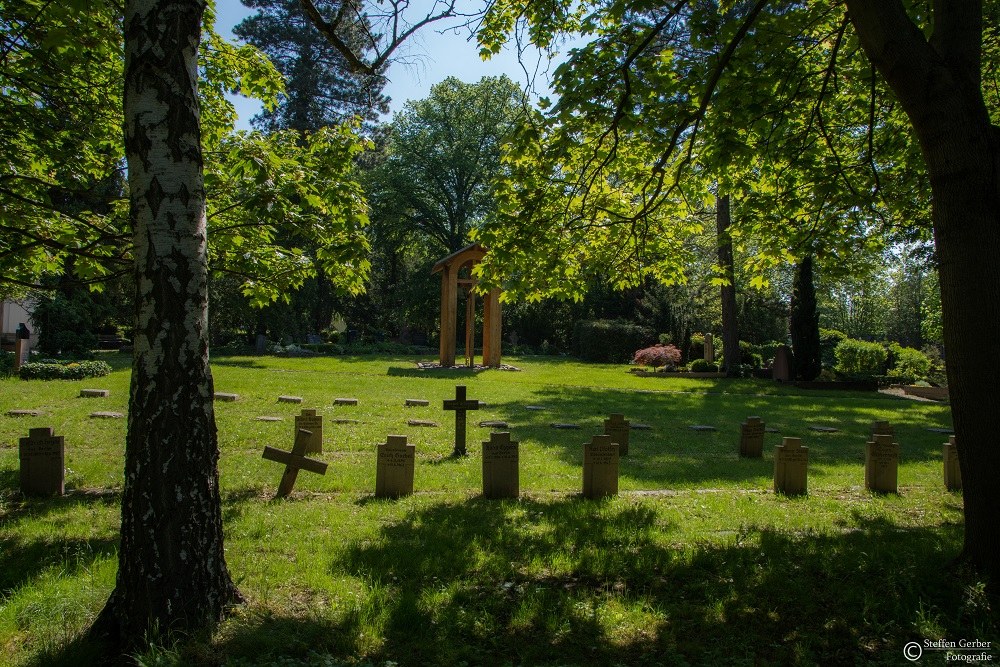 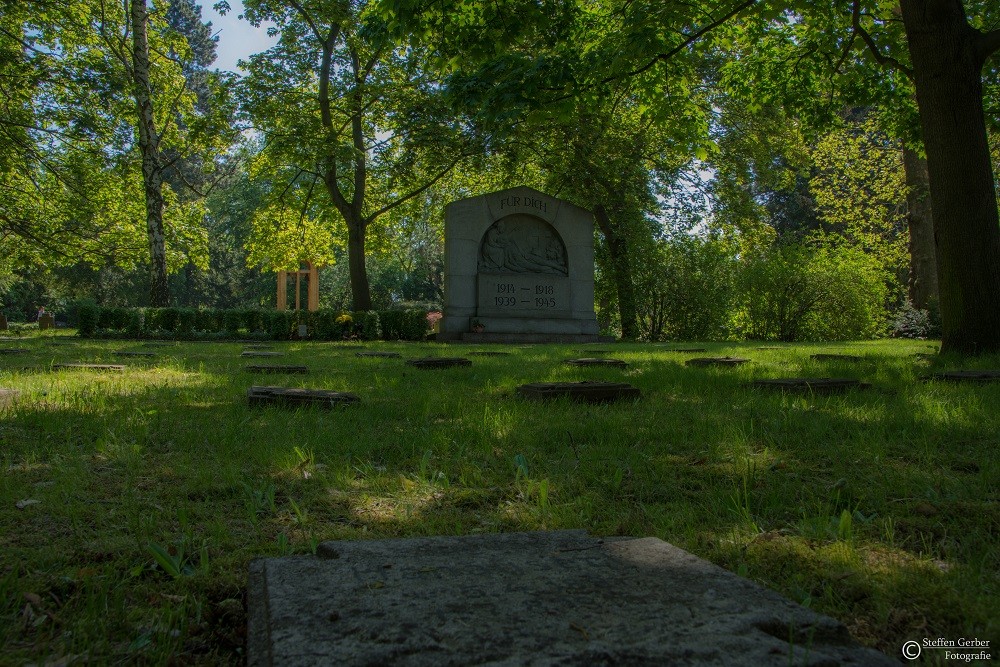 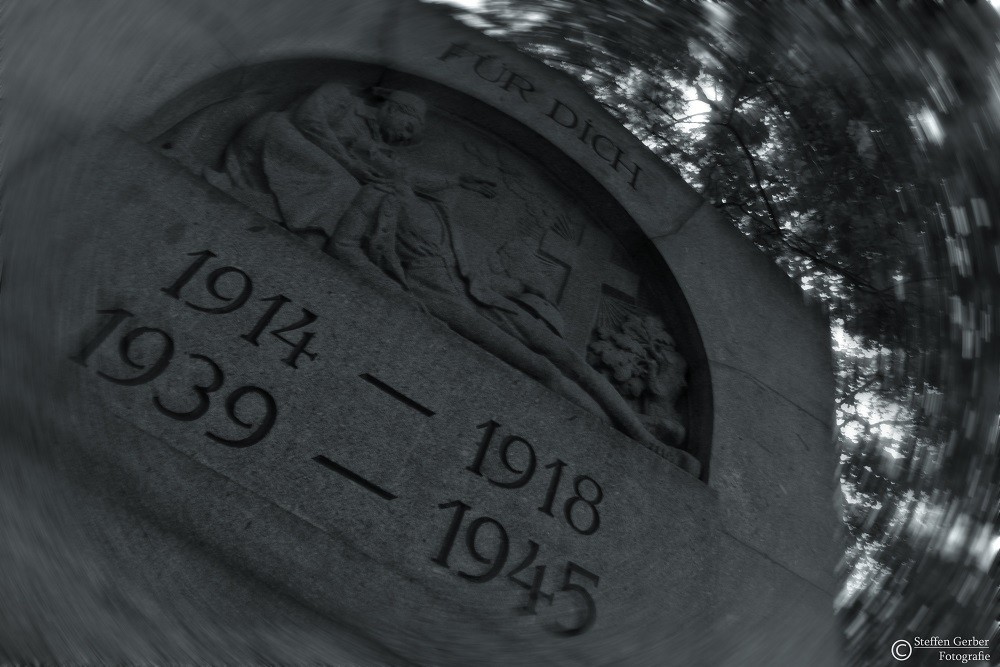 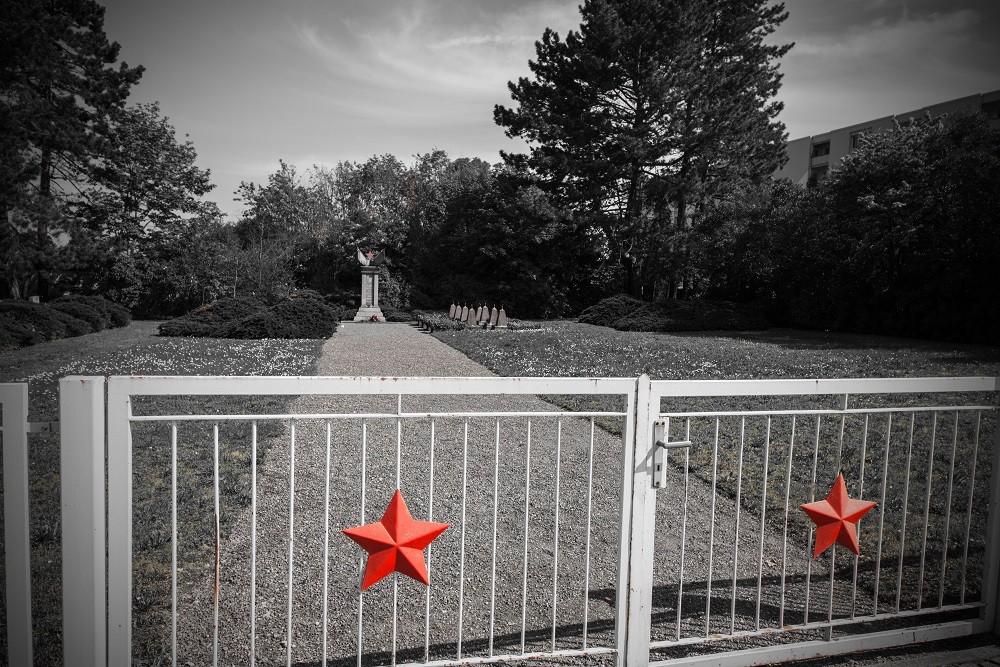 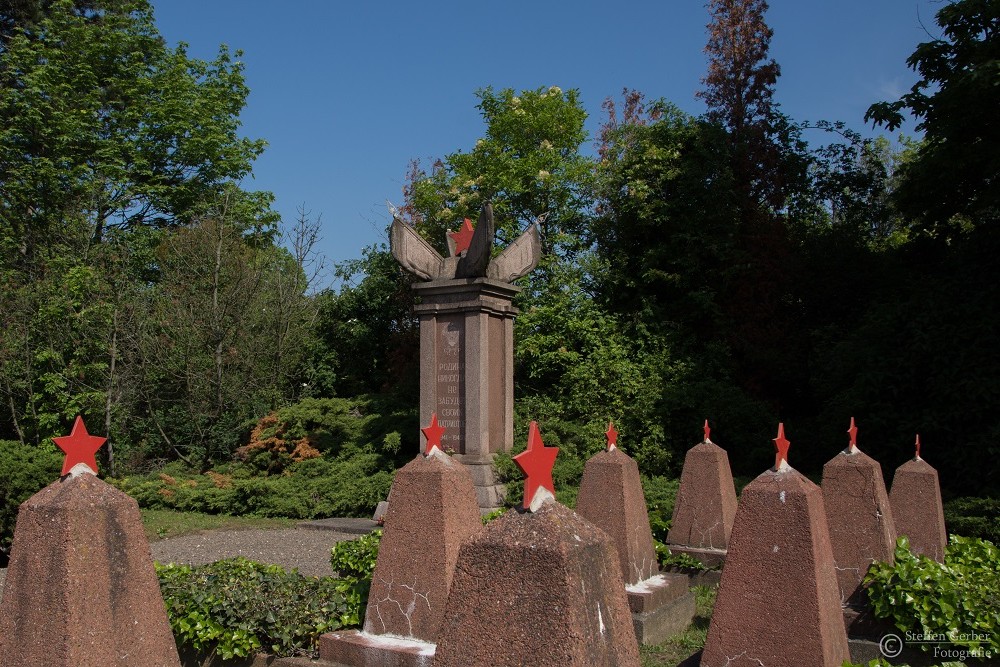 136 German victims of World War I who died between October 30, 1914 and December 16, 1919 are buried in a separate cemetery on the site.
In particular, these are soldiers who died in one of the hospitals in Zeitz.

As can be seen in a report from December 1917, the Design of the grave field - including the tombstones - on time postponed after the end of the war. The facility was only designed in 1928.

The memorial was erected on Ascension Day 1928 as a conclusion and a joint decorative memorial. It is the work of the sculptor Reinecke from Hanover and was made by the Richard Steinmetz company from Zeitz in gray granite and green porphyry.
The monument rises up a few steps as a short, flat-gabled wall that contains a relief in a round-arched niche above an altar-like substructure. A nurse then places the head of a dying warrior in her lap and points with her outstretched left hand at the cross of Golgotha, which is surrounded by a halo. A sparse inscription above and below the relief.
There are graves from WWI and WWII in the complex.

Another 133 people died in a bomb attack on the Zeitz freight depot in the last days of World War II. They were buried in two mass graves. Many of these deceased have remained unknown to this day

The inscription was not changed until later, so that the victims of World War II are now also included in the memorial.

The two memorials are very well maintained. The Michaelisfriedhof also has some very interesting tombs of famous people from the city.

The Soviet cemetery of honor is located on Gleinaer-Strasse directly at the Michaelisfriedhof. This was erected to commemorate 38 Red Army soldiers, 85 prisoners of war and men and women who were deported to Germany for forced labor in the Second World War.
Unfortunately the area of the Soviet memorial is closed.