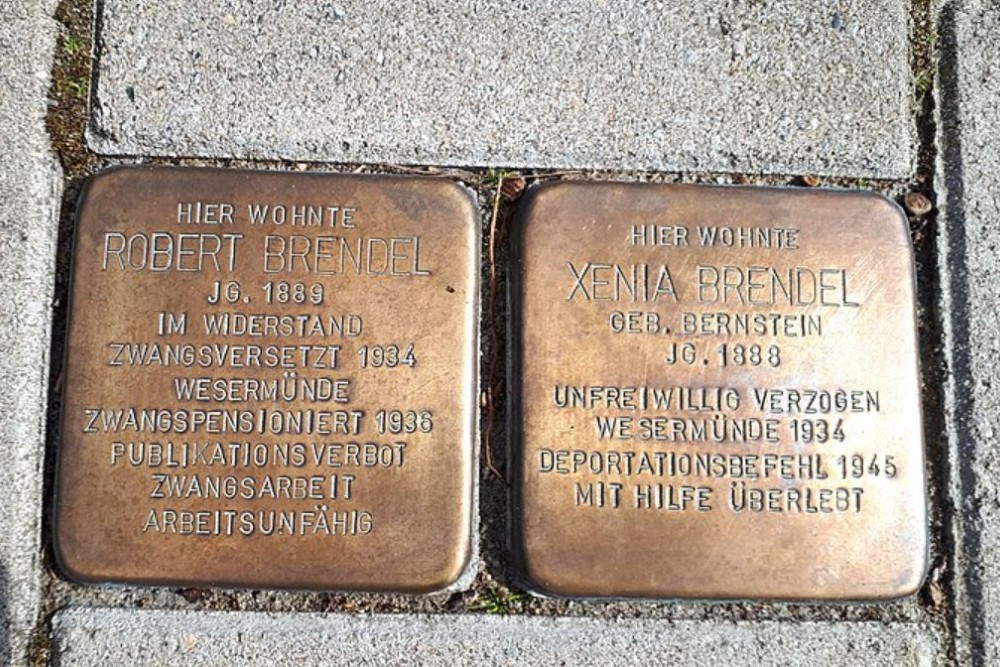 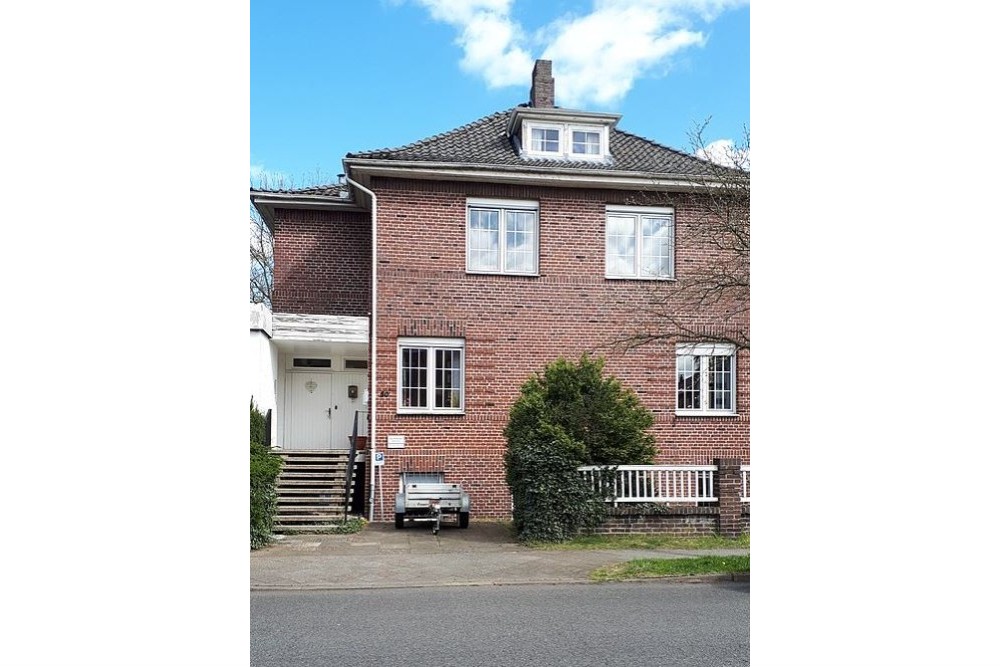 Robert Brendel and his Jewish wife Xenia moved to Lüneburg in 1919. They had 3 daughters. He was a senior teacher at the Wilhelm Raabe School there. Then in 1934 he started teaching in Wesermünde but was forced to retire in 1936. They moved to Hamburg. In 1944 or 1945, Xenia received a deportation order for Theresienstadt. She went into hiding. In 1946, Roberts doctors advised him to give up his teaching activities. He died in May 1947 of a heart condition. Xenia Brendel survived another 40 years.

There is another stolperstein for Robert at Feldstrasse 30 in Lüneburg -- in front of the Wilhelm Raabe School where he taught.