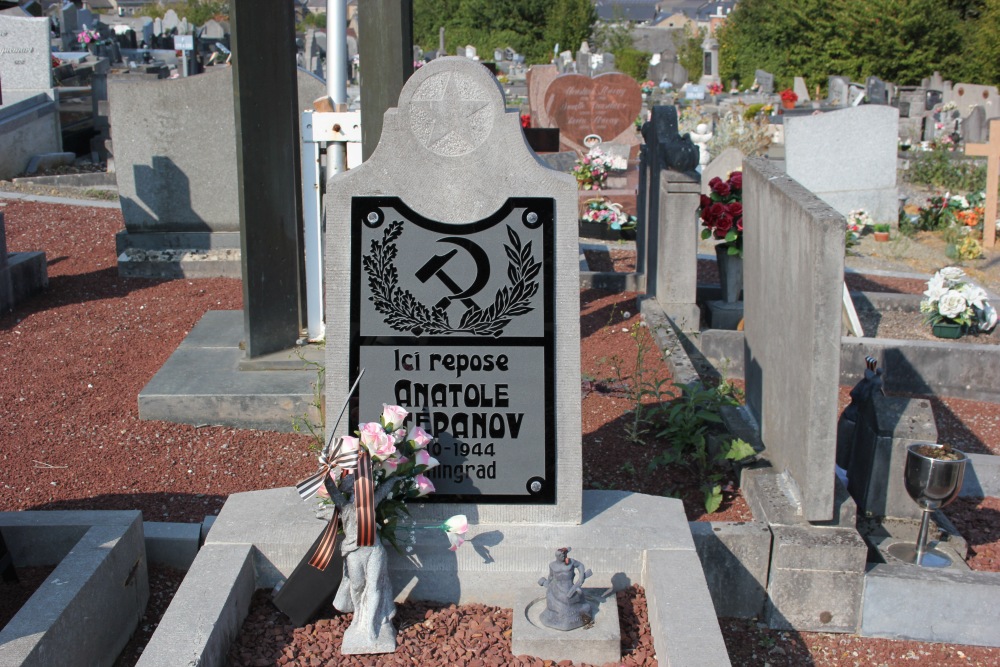 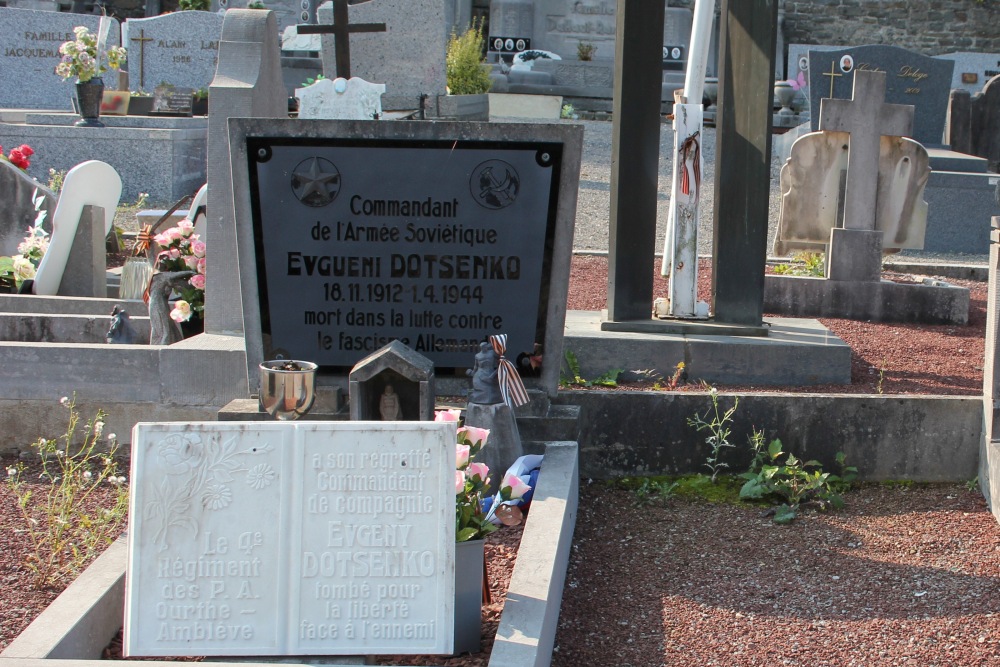 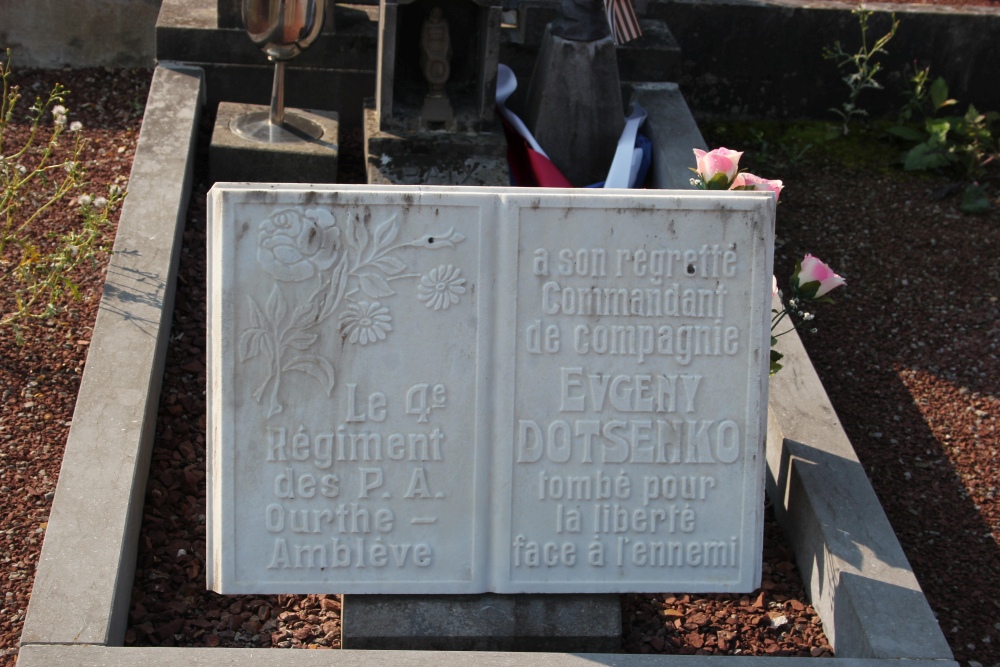 The cemetery at Comblain-au-Pont contains two Soviet war graves from the Second World War. Both were members of the Belgian resistance.

DOTSENKO Evgueniy was a prisoner of war in Germany and escaped on 21 June 1942. He joined the Belgian Partisan Army. He was shot by the German on 1 April 1944.

Lt. Anatoli STEPANOV, Russian pilot, was a forced laborer in the coal mines in Limburg (Belgium). He escaped and joined the Resistance. He was shot by the Germans on 12 July 1944.