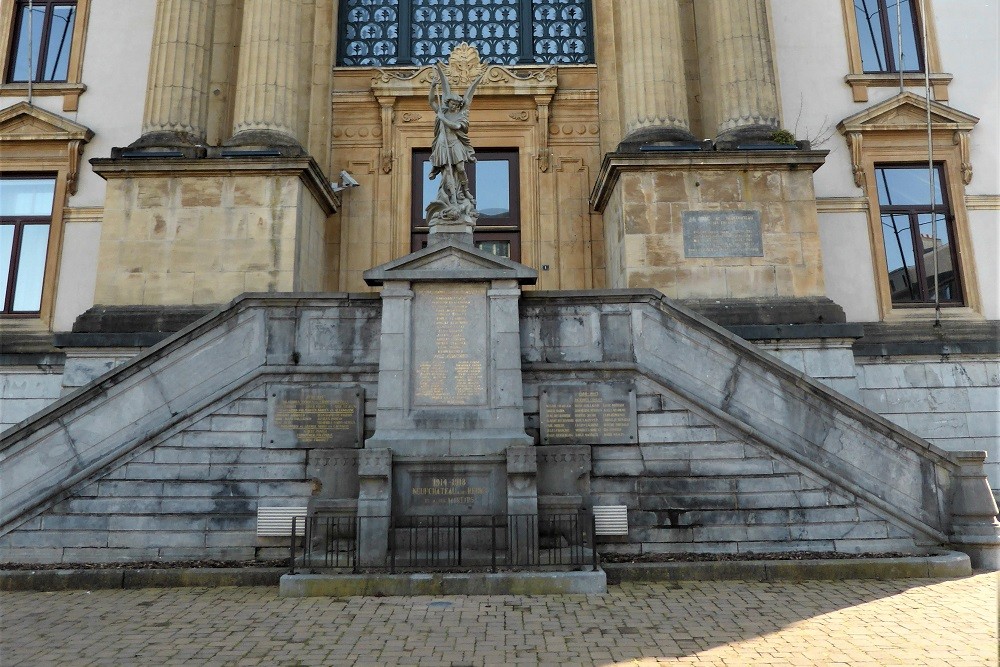 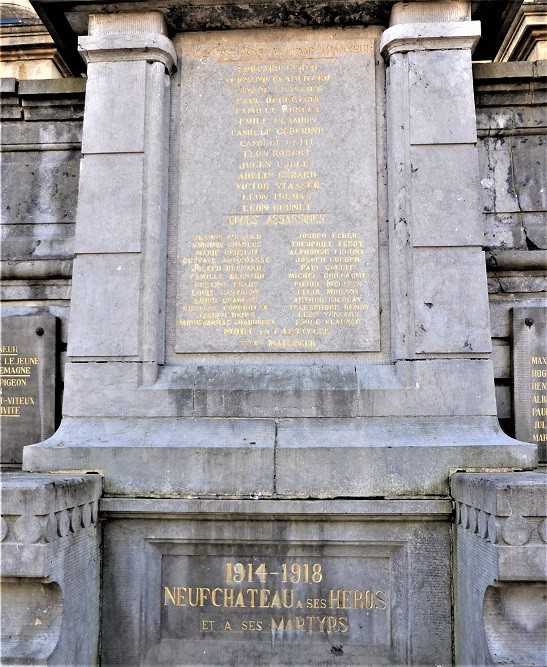 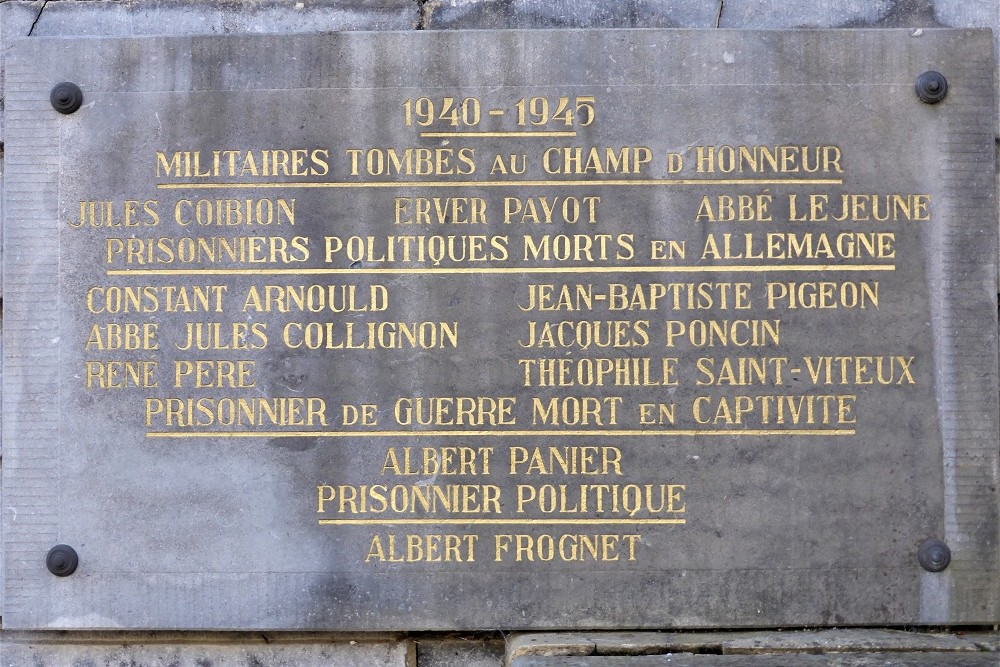 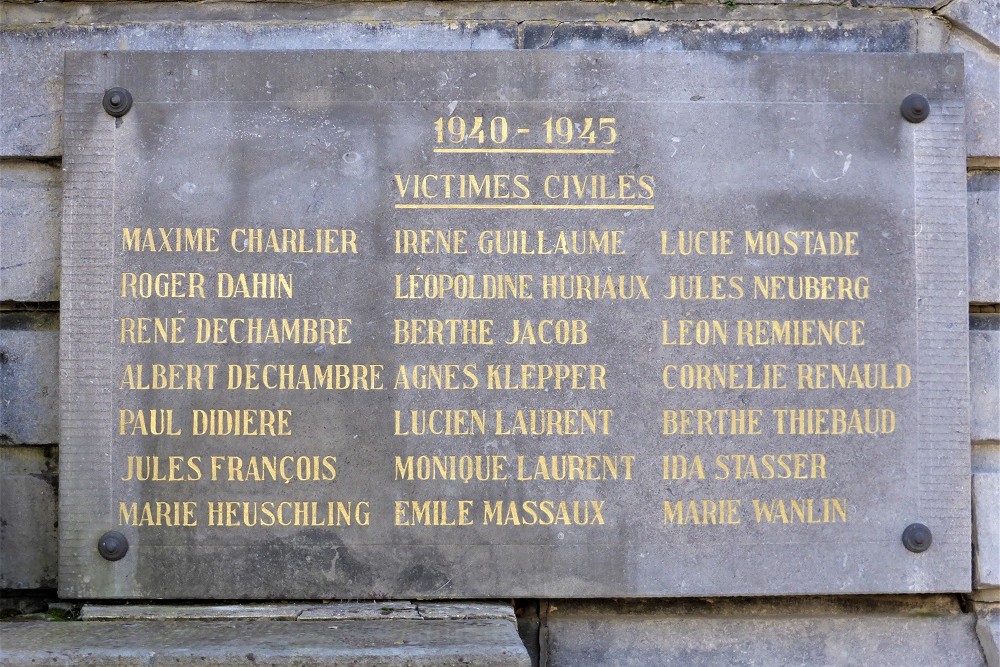 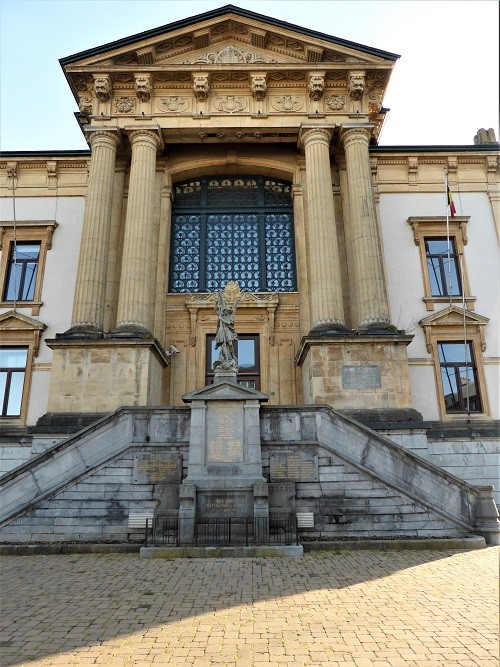 Blue stone monument against the stairs of the Palace of Justice.
At the top is an image of the Archangel Michael conquering the devil.
He is the patron saint of the city of Neufchâteau.

In the front it says: "1914 - 1918
Neufchâteau to its heroes
and to his martyrs "
On the memorial stone at the top center:
Soldiers died in the field of honor: 14 names
Murdered civilians: 24 names
Died in captivity: 1 name