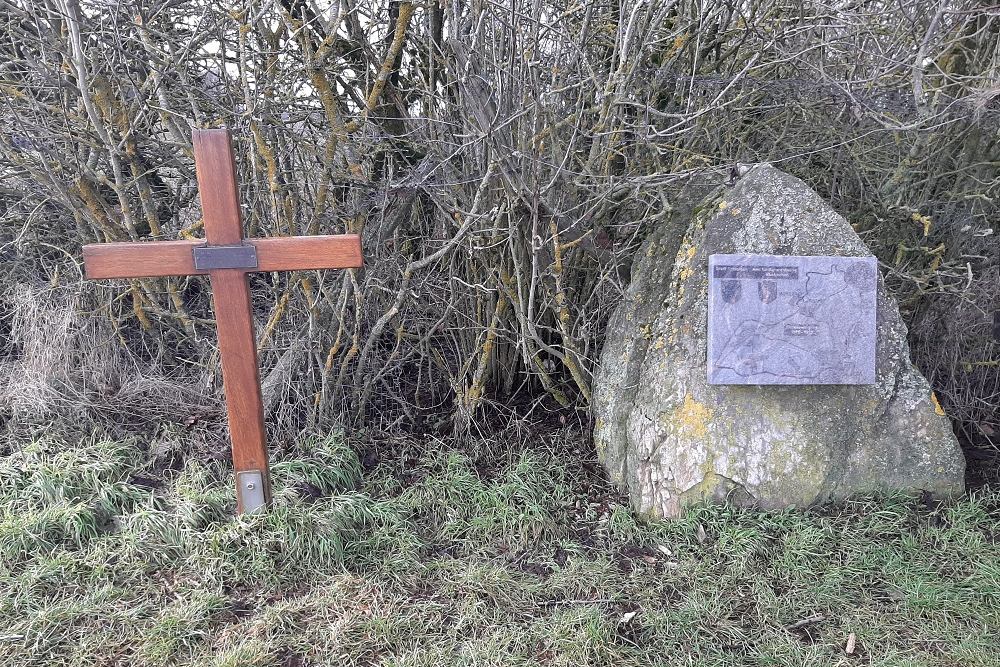 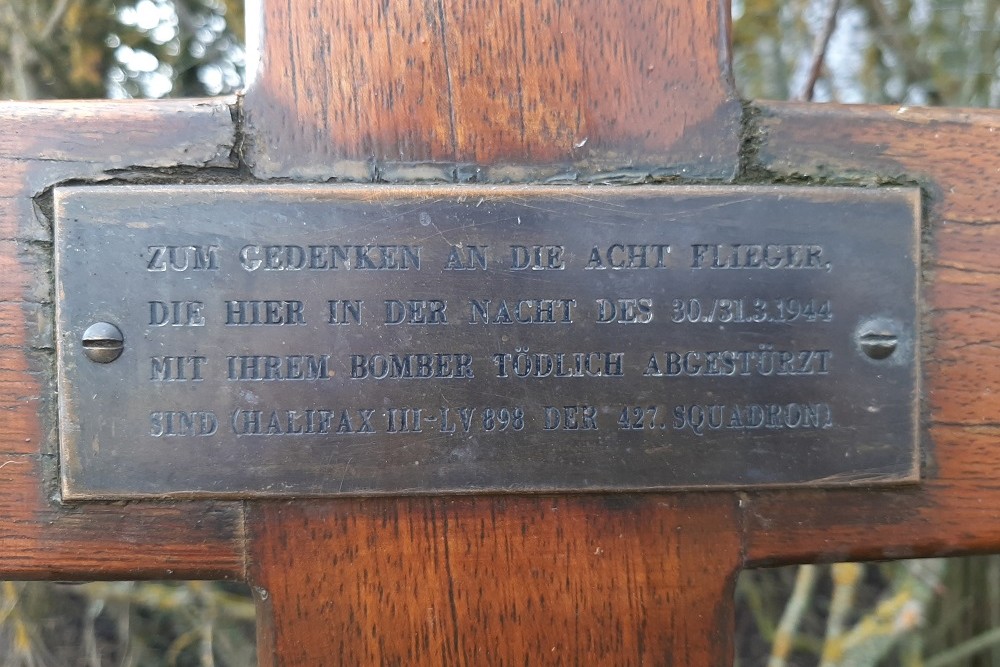 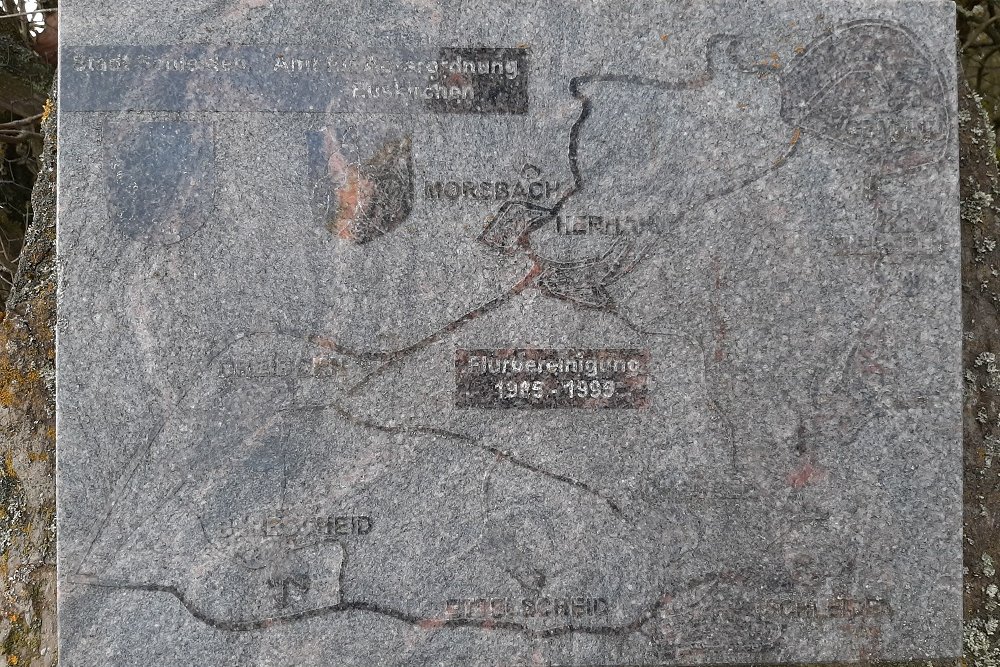 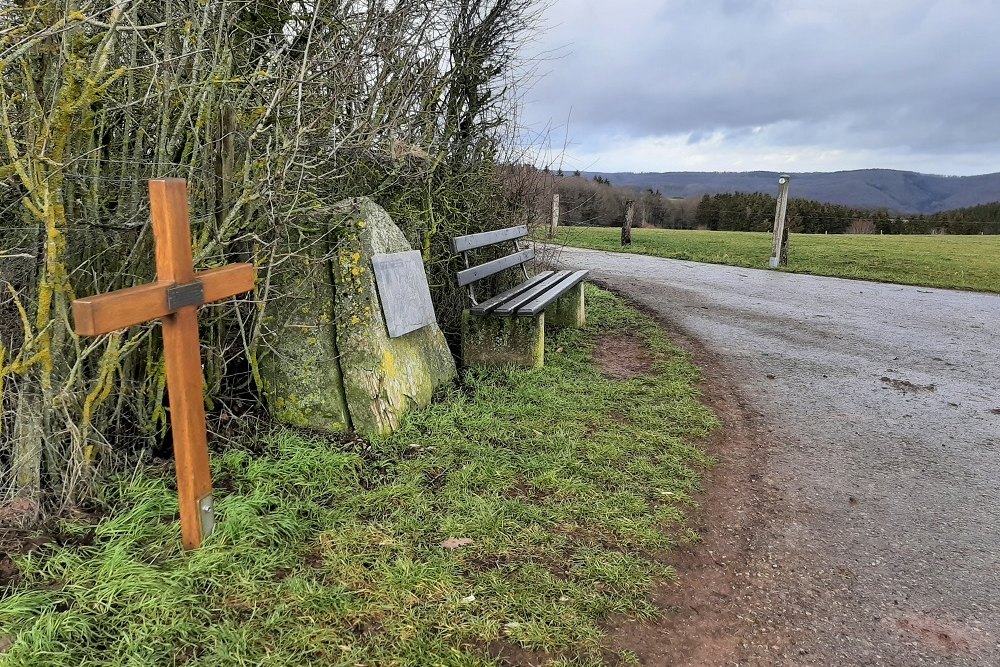 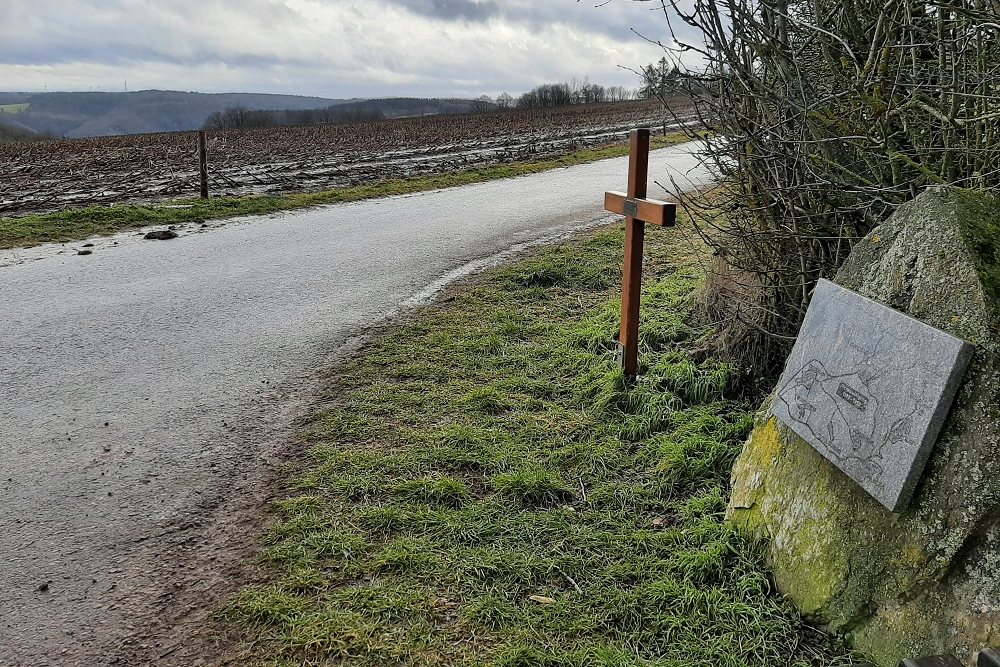 The Halifax LV 898 (427th Squadron) with a crew of eight, had departed from its home base in Leeming on March 30, 1944 at 10:20 PM. The purpose of the mission was Nuremberg. The plane was shot down at Herhahn by a German night fighter.
The Halifax exploded in mid-air - the debris spread over a wider area southwest of Haus Hohenfried.