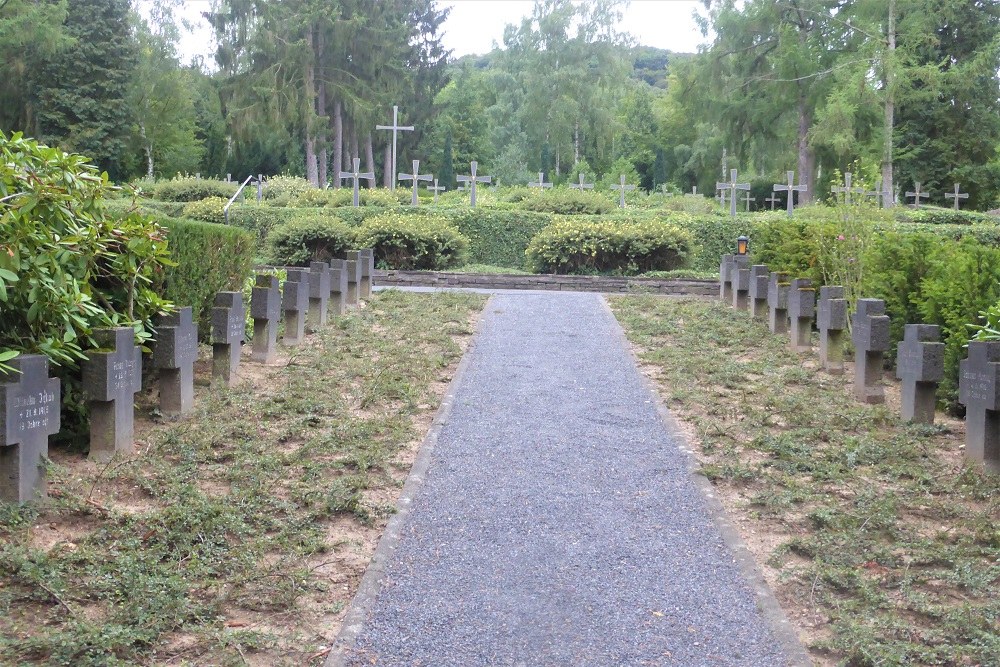 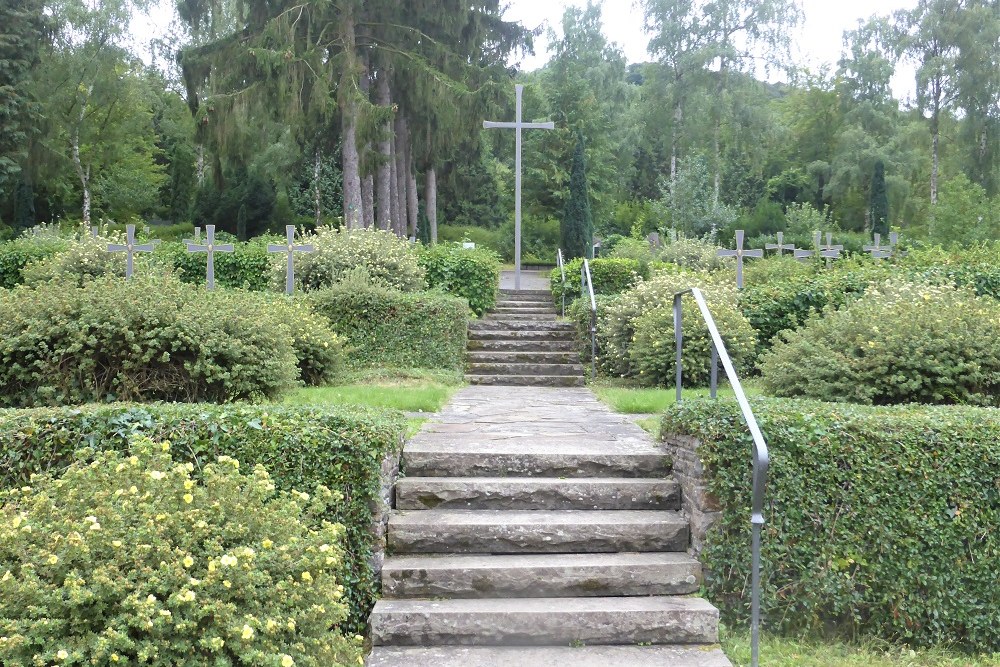 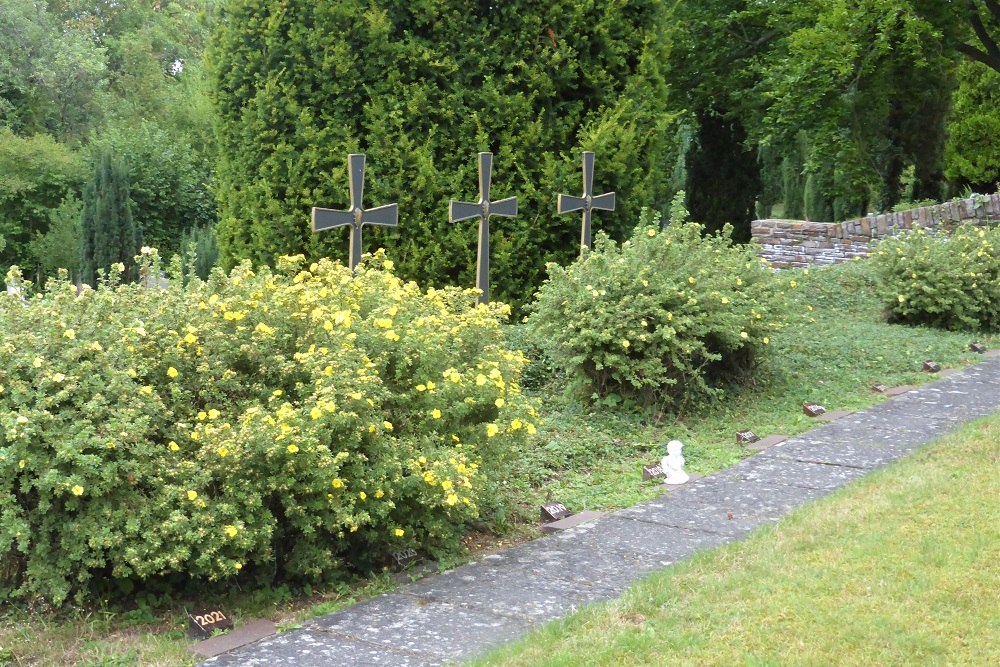 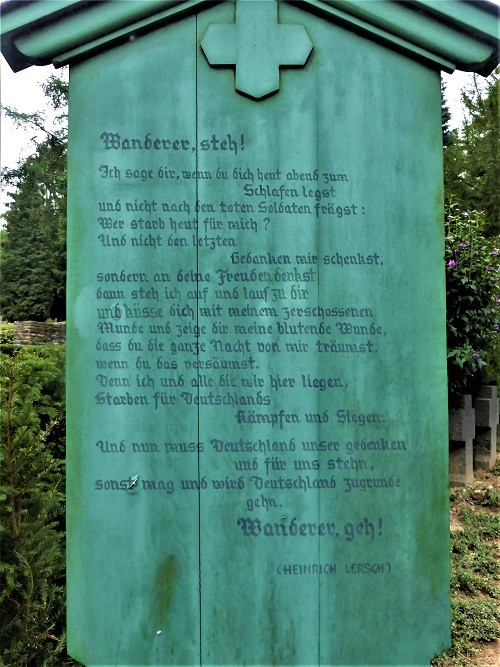 Bad Neuenahr cemetery contains war graves of both wars.
On the lowest part are gray cross-shaped stones with victims of the First World War. At the highest level are the soldiers of World War II.
Here are small plates with a number and below that a larger plate with the details of the soldier. Here and there wooden crosses have been placed in between.

There is also a memorial table with a poem by Heinrich Lersch:
"Hiker awaits
I'm telling you when you put yourself to sleep tonight
and do not ask the dead soldier
"Who died for me today"
and do not give me your last thought
but only think of your joys
then I get up and walk to you
and kiss you with my shot mouth
and show you my bleeding wounds
so that you dream of me all night
if you forgot.
Because me and all who are here
died for Germany's battle and victory
Germany must now remind us and stand before us
otherwise Germany can and will perish.
Hiker go "
(Heinrich Lersch)

Heinrich Lersch was a German poet and blacksmith. He was a volunteer at the outbreak of the First World War. His poem "Soldier's Farewell" made him known as a war lyricist in 1914. He was unfit for the service due to illness in mid-1915.
At the beginning of the Nazi era, in May 1933, he was made a member of the Prussian Academy of Arts. In his poems he described the harshness of working-class life, but he also focused on political issues. In some poems he glorified National Socialism. He lectured to the Hitler Youth and other organizations.
In October 1933, he was one of 88 German writers to sign the pledge of allegiance to Adolf Hitler. After the death of the Reich President Paul von Hindenburg, he also signed the "referendum" on 19 August 1934 to unite the offices of Reich Chancellor and Reich President in the person of Adolf Hitler. In August 1935 he joined the NSDAP and in the same year he received the Rheinische Literaturpreis.
Heinrich Lersch died in Remagen in 1936 at the age of 46 from pneumonia.