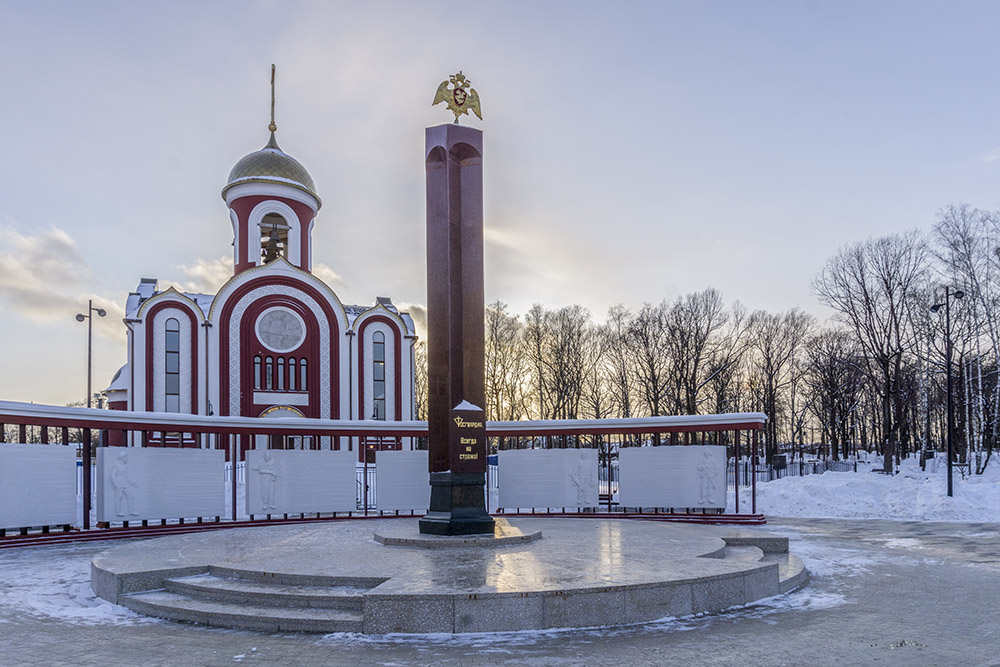 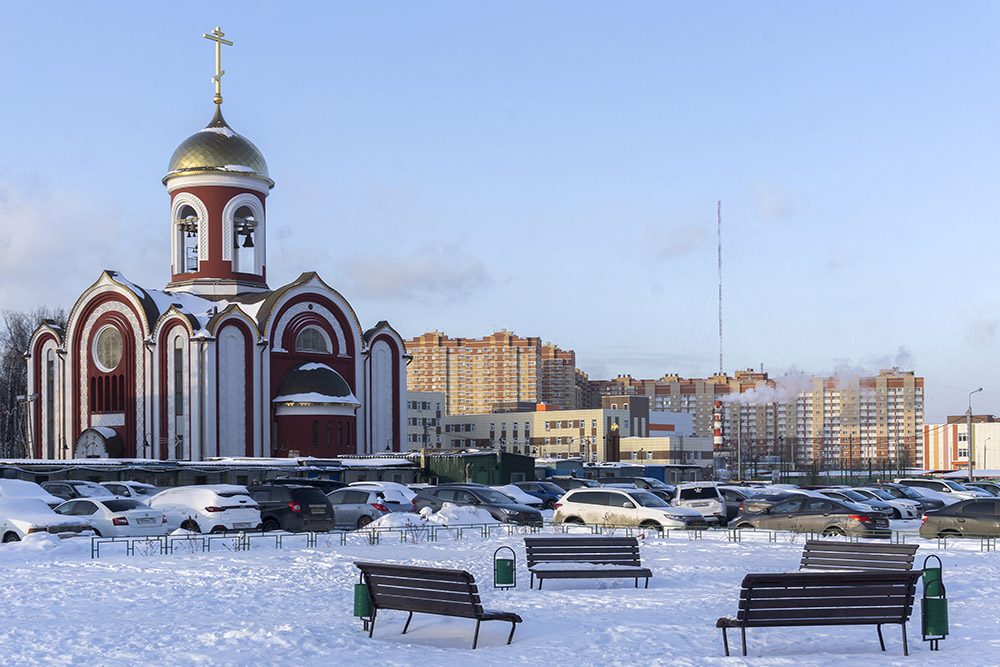 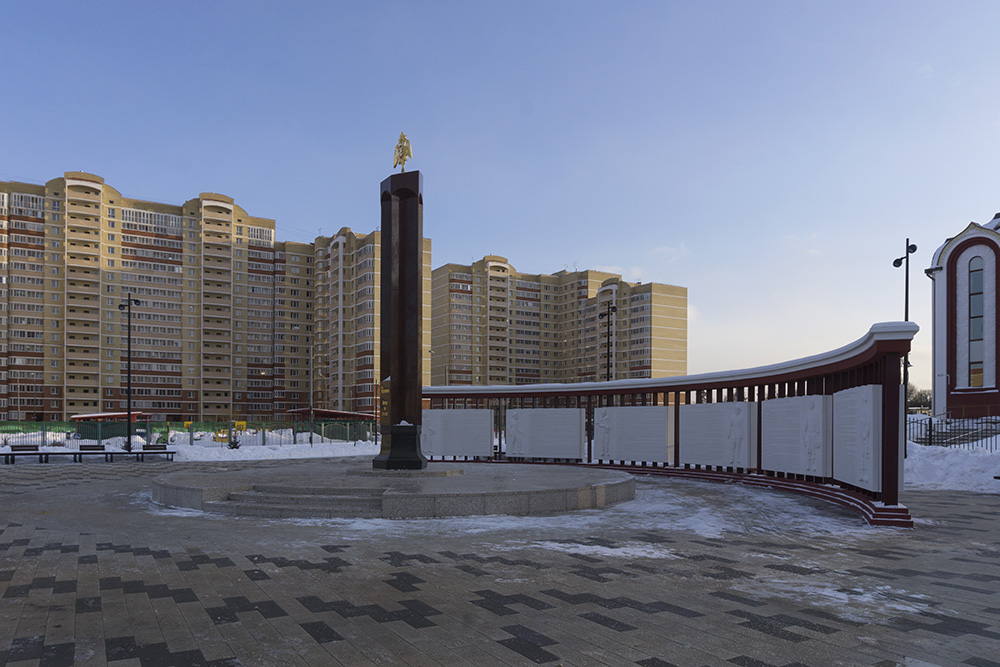 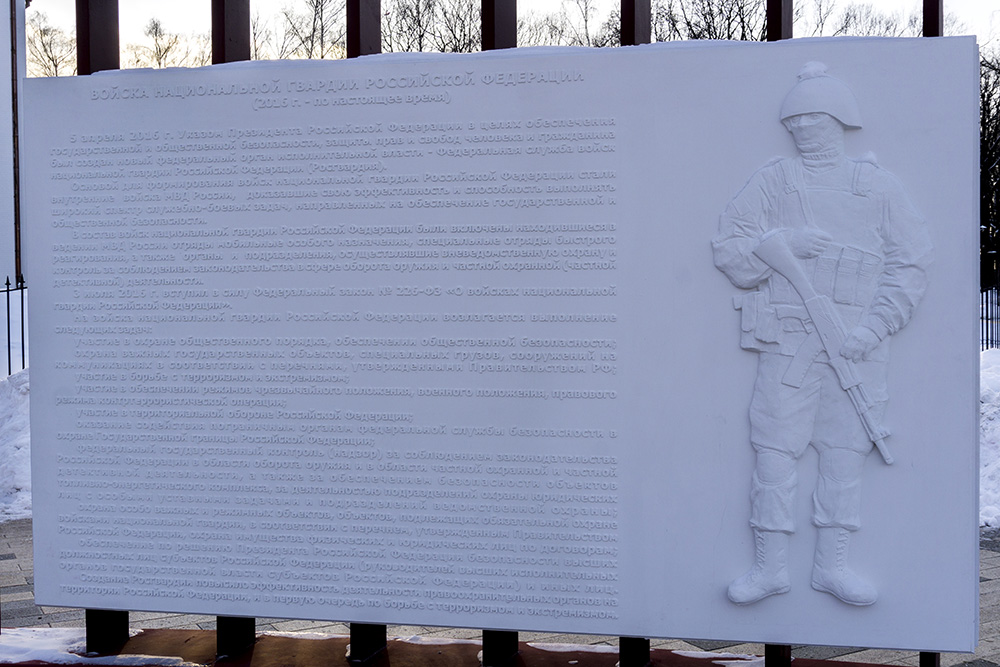 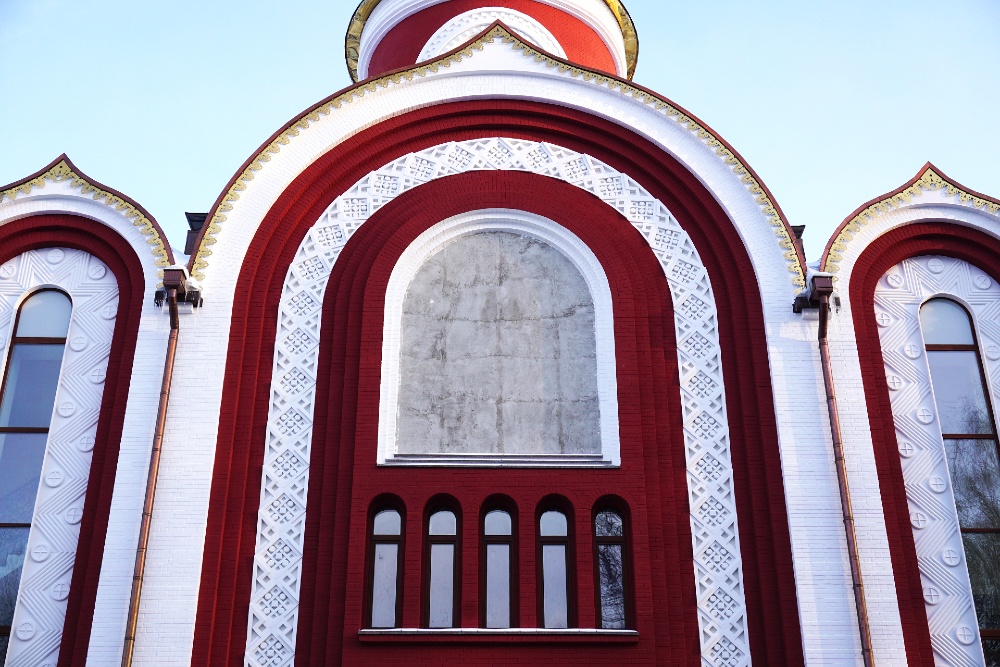 Dzerzhinsky district of the city of Balashikha is a place where the division of Dzershinsky is situated. This is big military base of Russian National Guard.The National Guard of the Russia is the internal military force of the Russian government, comprising an independent agency that reports directly to the Russian president under his powers as Supreme Commander-in-Chief and Chairman of the Security Council. The building of the church of National Guard troops was completed in the beginning of 2021. There is a memorial in front of it. It shows the information about history of National Guard troops and its current aims. The memorial consists of a stele and several white boards. Each board has the information about determinate historical period - current time, 1990es and Chechnya war, post WW2 time, Second world war, the time after October revolution till 1941, the time of Russian empire.