Route of Commemoration No. 23: Jonny-Brückchen 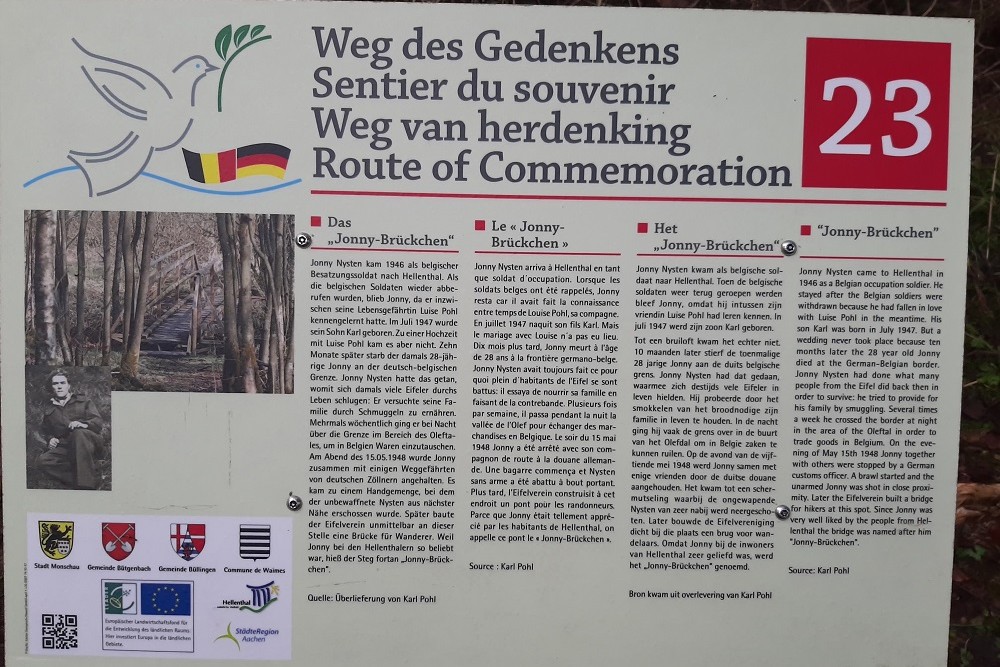 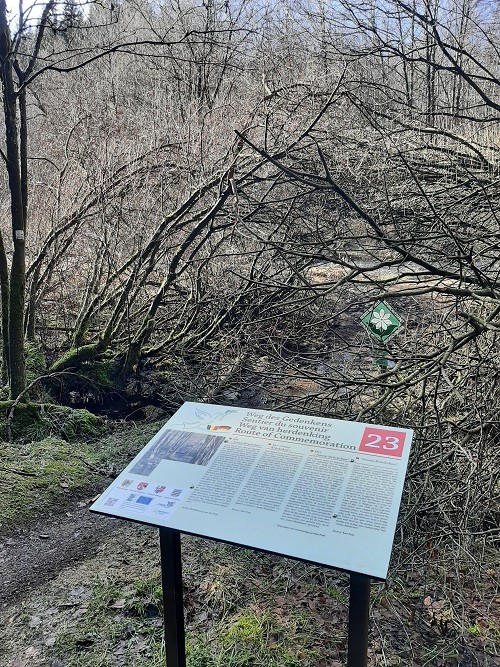 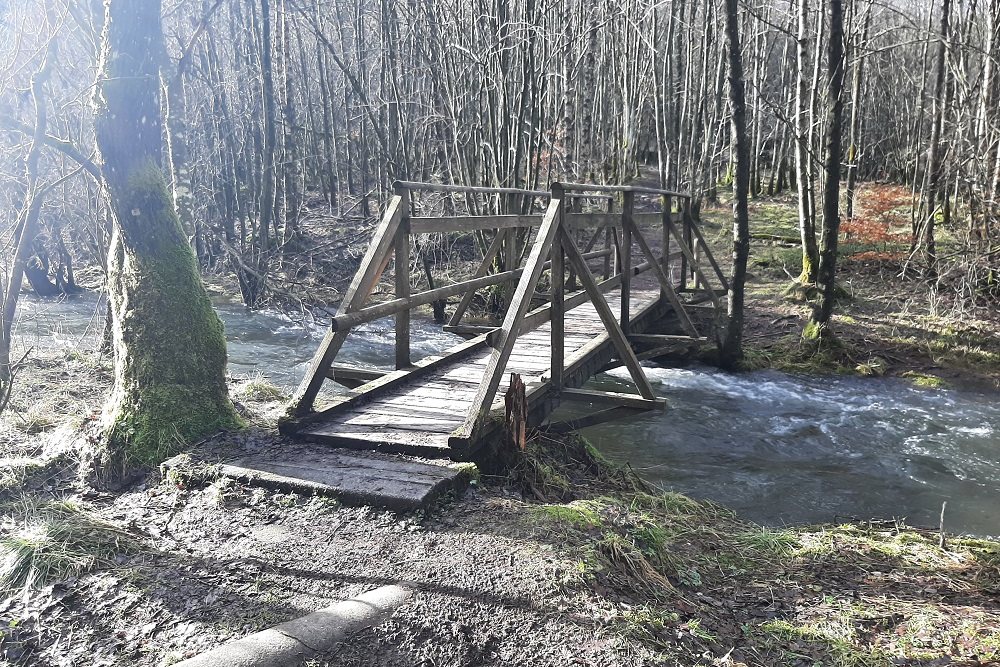 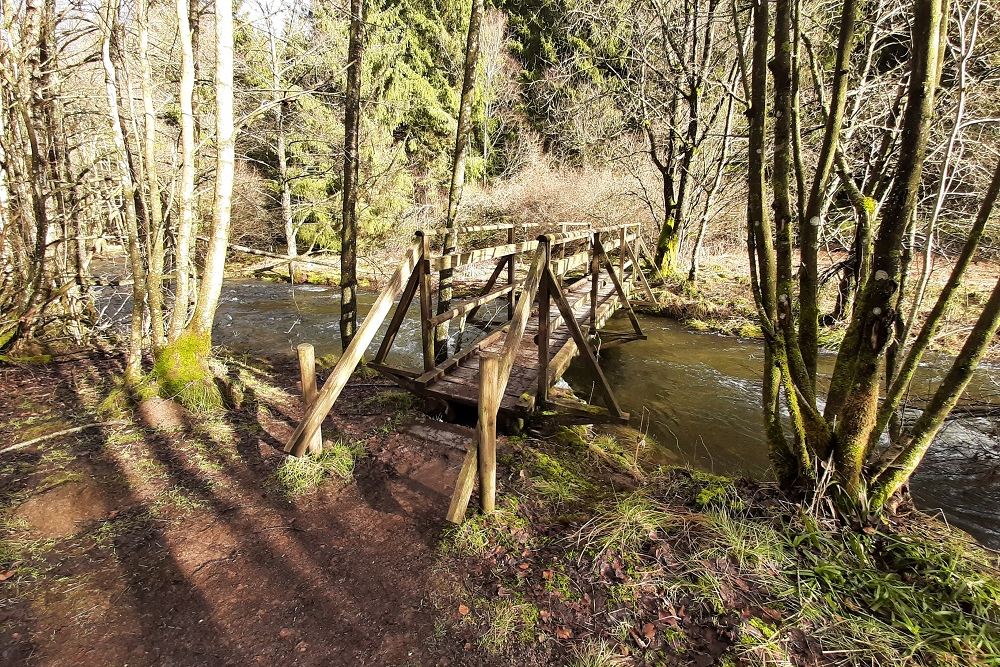 Info panel No. 23
Jonny Nysten came to Hellenthal in 1946 as a Belgian occupationsoldier. He stayed after the Belgian soldiers were withdrawn because he had fallen in love with Luise Pohl in the meantime. His son Karl was born in July 1947. But a wedding never took place because ten months later the 28 year old Jonny died at the German-Belgian border. Jonny Nysten had done what many people from the Eifel did back then in order to survive: he tried to provide for his family by smuggling. Several times a week he crossed the border at night in the area of the Oleftal in order tot rade goods in Belgium. On the evening of May 15th, 1948 Jonny together with others were stopped by a German customs officer. A brawl started and the unarmed Jonny was shot in close proximity. Later the Eifelverein built a bridge for hikers at this spot. Since Jonny was very well liked by the people from Hellenthal the bridge was named after him "Jonny-Brückchen".