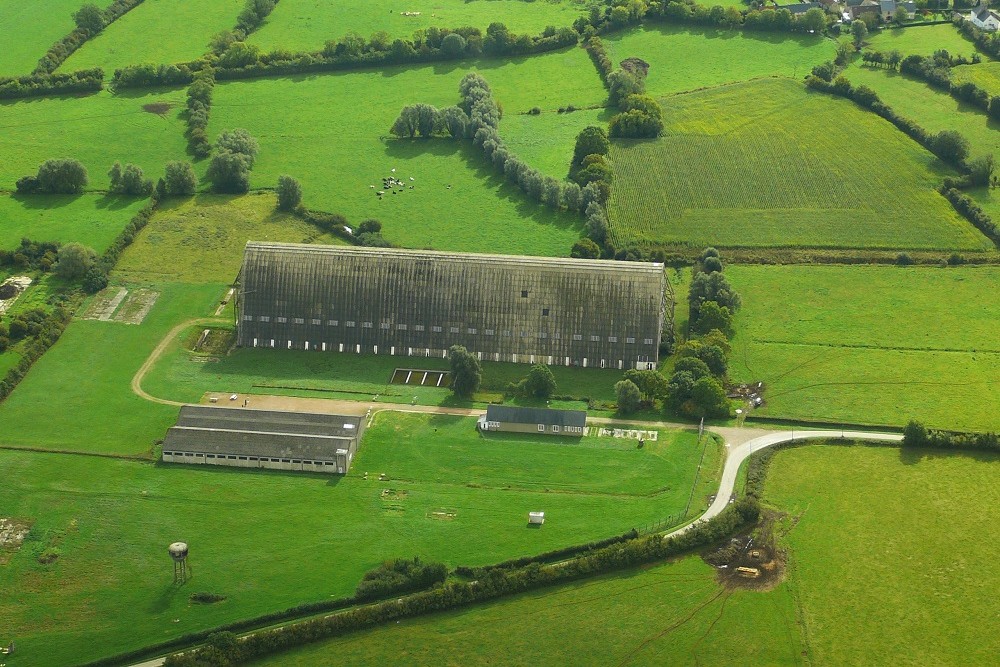 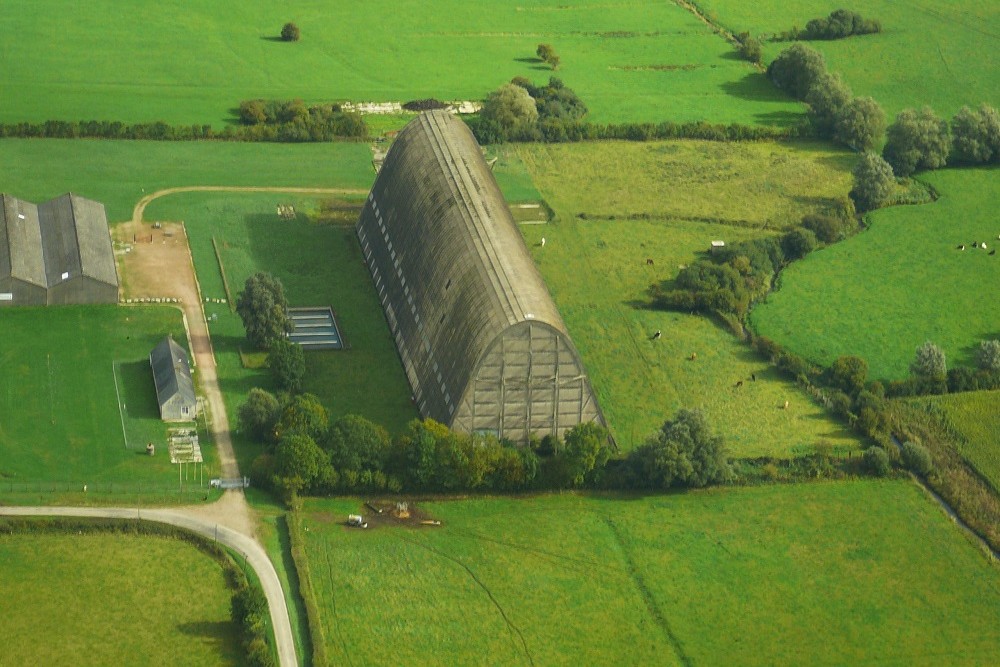 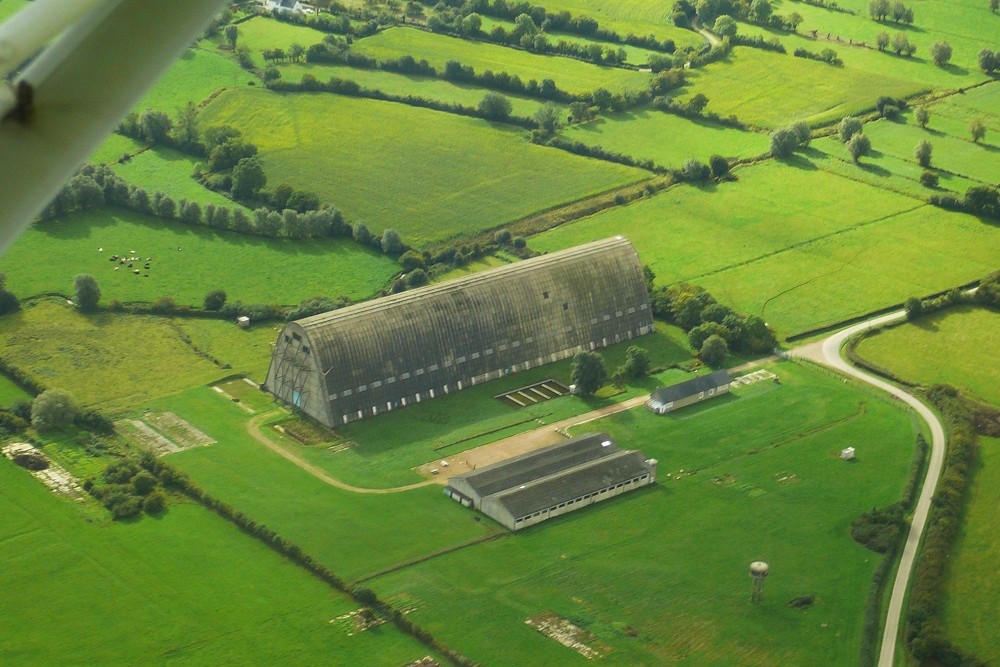 In 1915, the first French airships arrived and were put into service.
On December 6, 1916, it was decided to create an airship center on the site of Ecausseville.
From August 1917, airships will be conducting missions across the Channel from Ecausseville base. After the truce, they will continue to train and some will participate with the fleet in naval reviews.

The Germans settled in the Hangar between 1940 and 1944.
During this occupation period, the Germans will store equipment for the construction of the Atlantic Wall (cement, wood, guns and ammunition).

The site contains a large number of German, American, English and French graffiti. These graffiti are classified as historical monuments. It is one of the sites with the highest number of graffiti (300 m) in France.

In 1998, the Hangar and surrounding grounds were acquired by the French American Association of Normandy Airfields of the 9th US Air Force, which was classified as a Historic Landmark for the Hangar in February 2003.
On this date (2003) a second association was founded: the Association of Friends of the Airship Hangar of Ecausseville.

In 2008 the community of municipalities acquires the hangar, but it is up to the association to invest in finding the resources and financing that can be used to ensure the best promotion and exploitation. It became a museum.