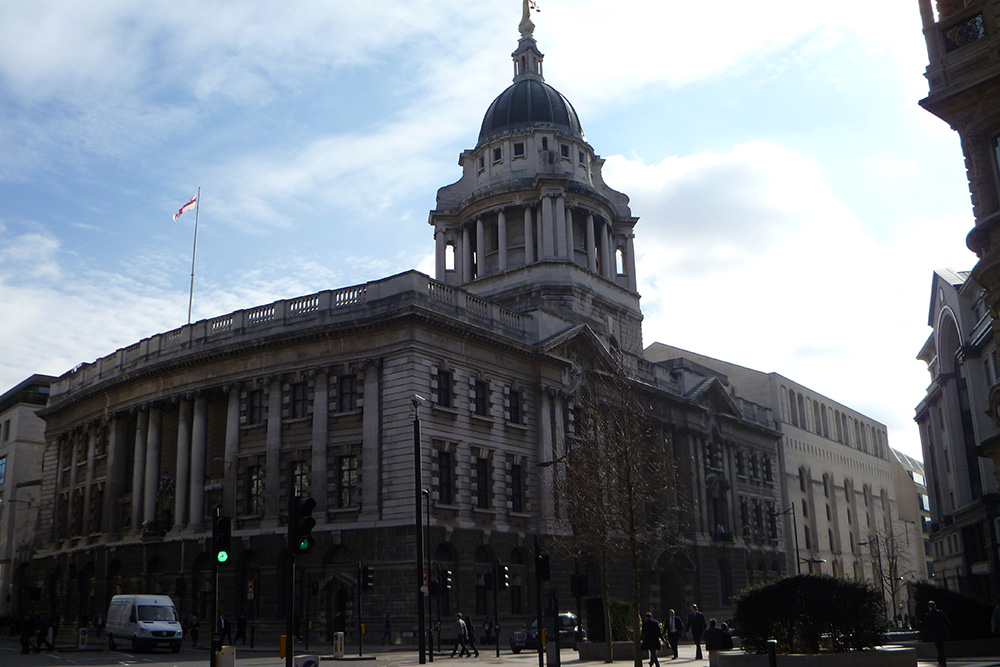 The Central Criminal Court of England and Wales, commonly referred to as the Old Bailey after the street on which it stands, is a criminal court building. It was here where the British fascist William Joyce "Lord Haw-Haw" was tried and sentenced to death for high treason. At that time, the building was still damaged by German aerial bombardments during the Second World War. The reconstruction was completed in the early 1950s.