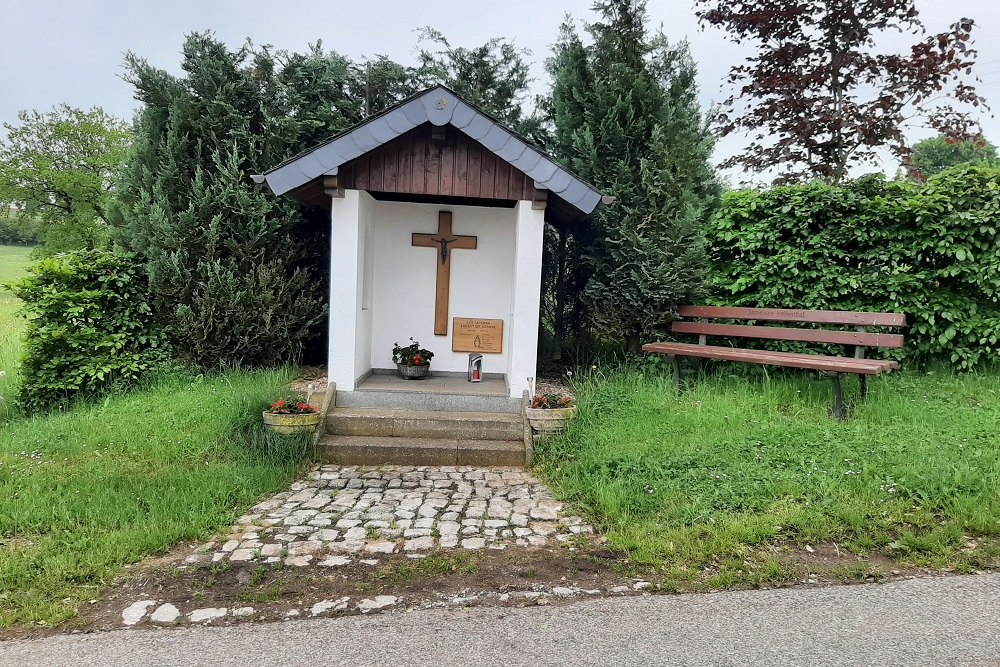 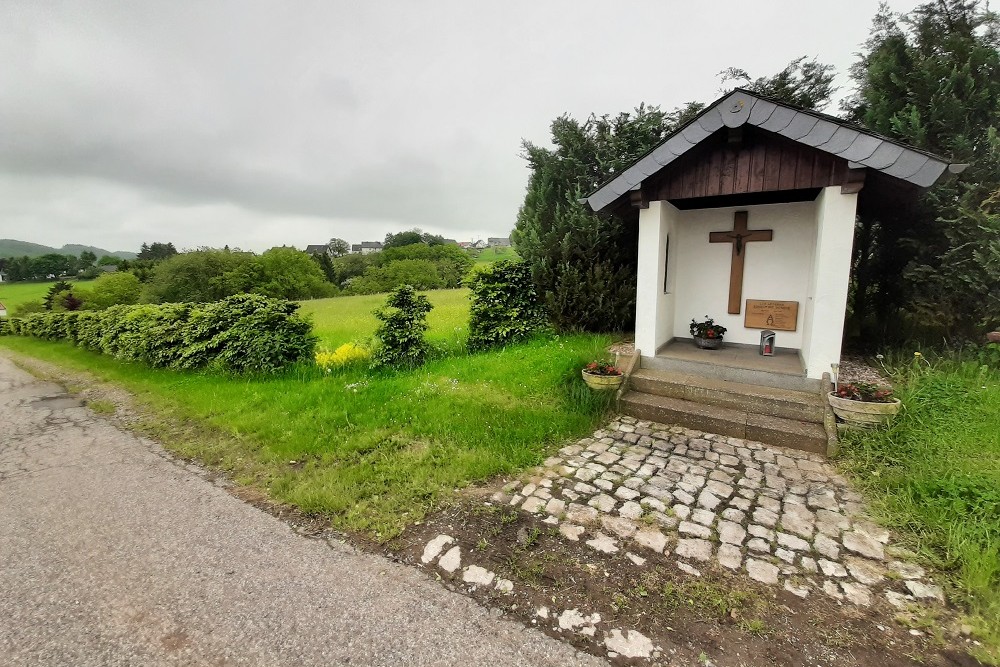 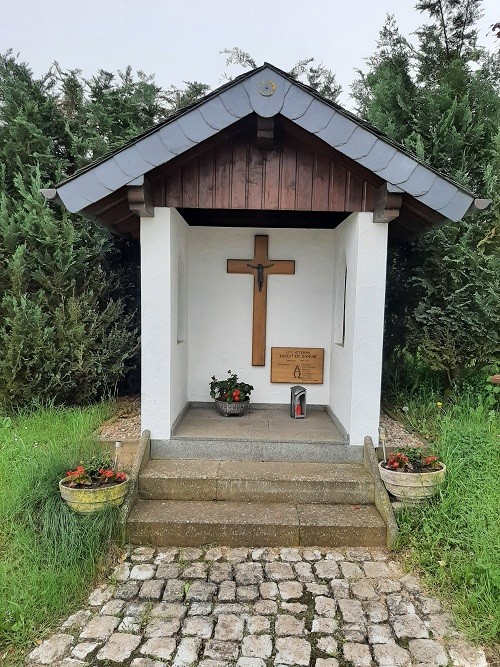 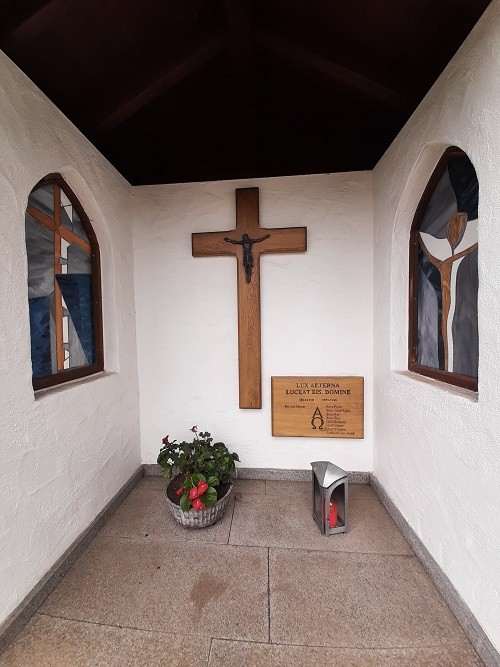 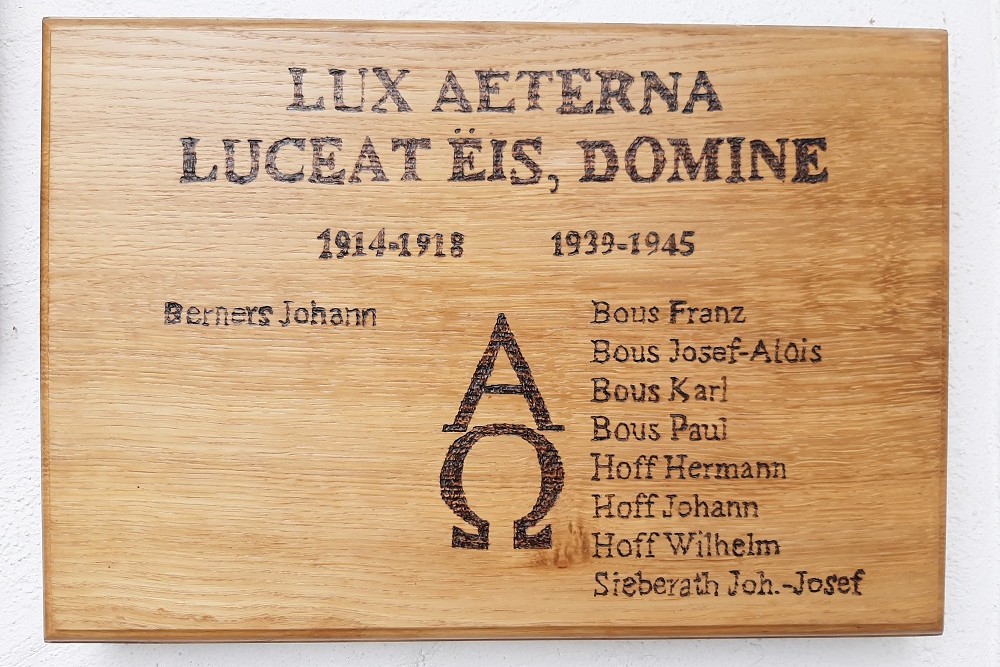 This memorial commemorates the fallen of Wahld in the First and Second World War.

After World War I, a crucifix commemorating Wahld's fallen was attached to a tree at Wahld's eastern entrance, opposite a farm. The obsolete tree had to be secured with iron hoops and was later felled. As a replacement, in 2007 the residents built a small holy house on the same spot, the craftsmen worked for God's wages. The two windows, the crucifix and the wooden plaque with the names of the fallen were made in the workshops of the Vellerhof near Blankenheim. The design for the windows comes from a resident of Wahld.
The house of the saint is open at the front, in each of the side walls a stained glass window, on the left a cross motif, on the right an abstract representation perhaps of Jesus on the cross. On the back wall a cross with a body. Bottom right a wooden plaque with the fallen soldiers of the two world wars and the "A/Ω", on top of the plaque an assignment. The text on the board is burned in.