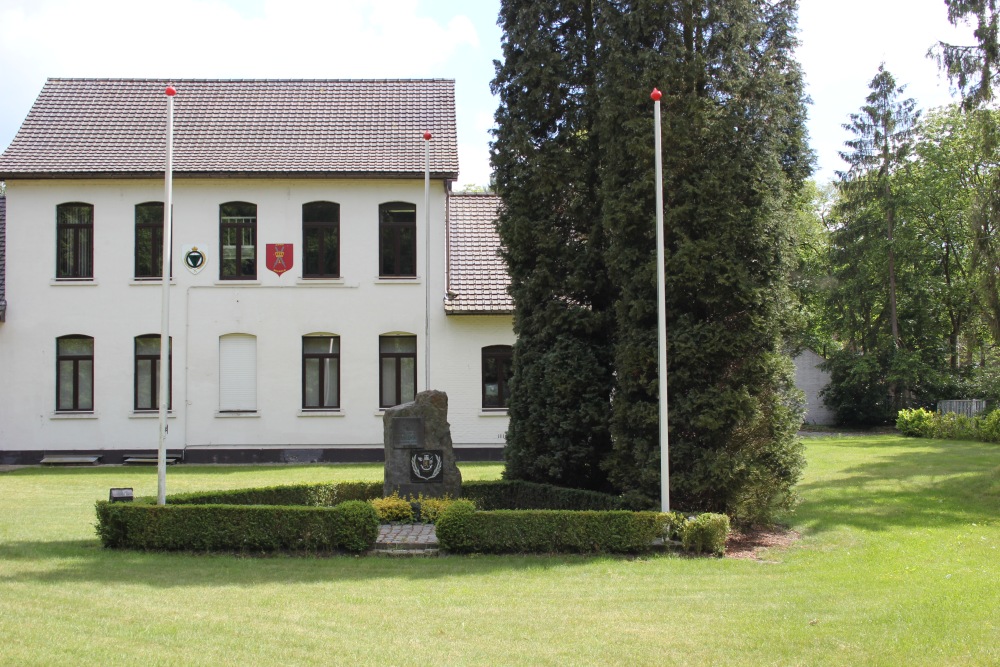 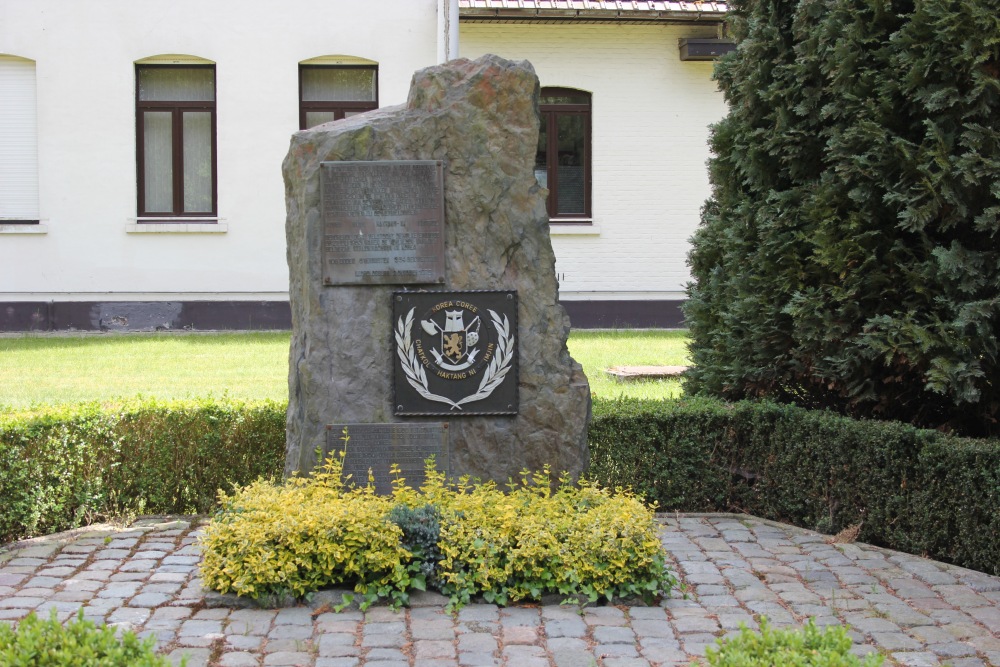 Text on the monument (translation):
On October 2, 1950, the Belgian Volunteers of the Expeditionary Corps for Korea were gathered in these buildings. On this military domain they were formed into an Infantry battalion and left for Korea on December 18, 1950 to fight under the high command of the United Nations.
For their bravery and determination during the battle, they received the citations : Korea - Imjin - Haktang-Ni - Chatkol
During this campaign, which ended on July 27, 1963, the losses of the Belgian armed forces in Korea were 108 dead - 6 missing - 354 injured
Leopoldsburg October 2, 1975