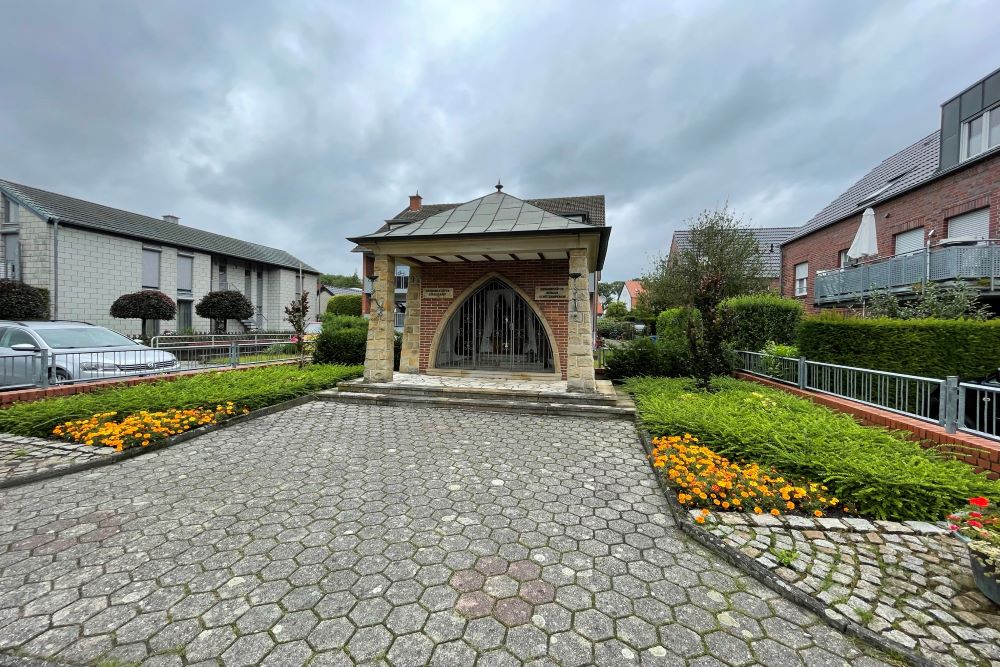 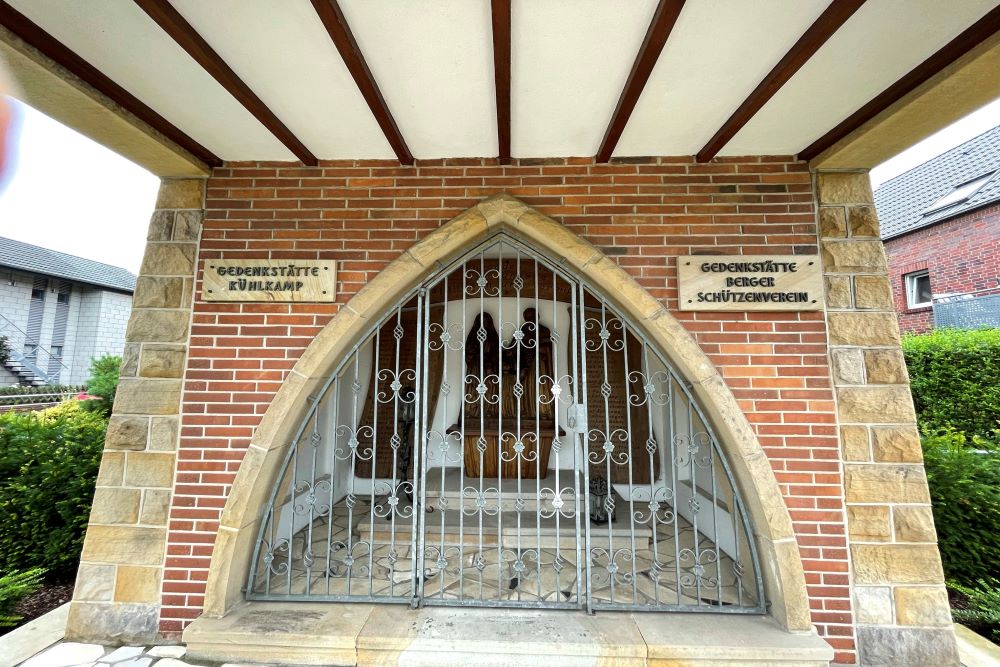 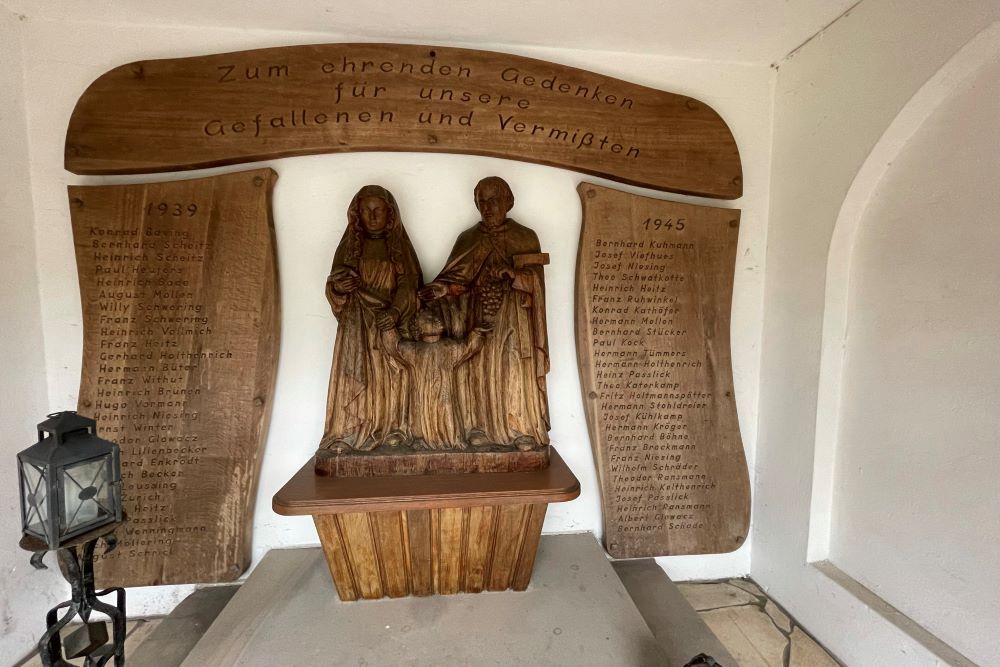 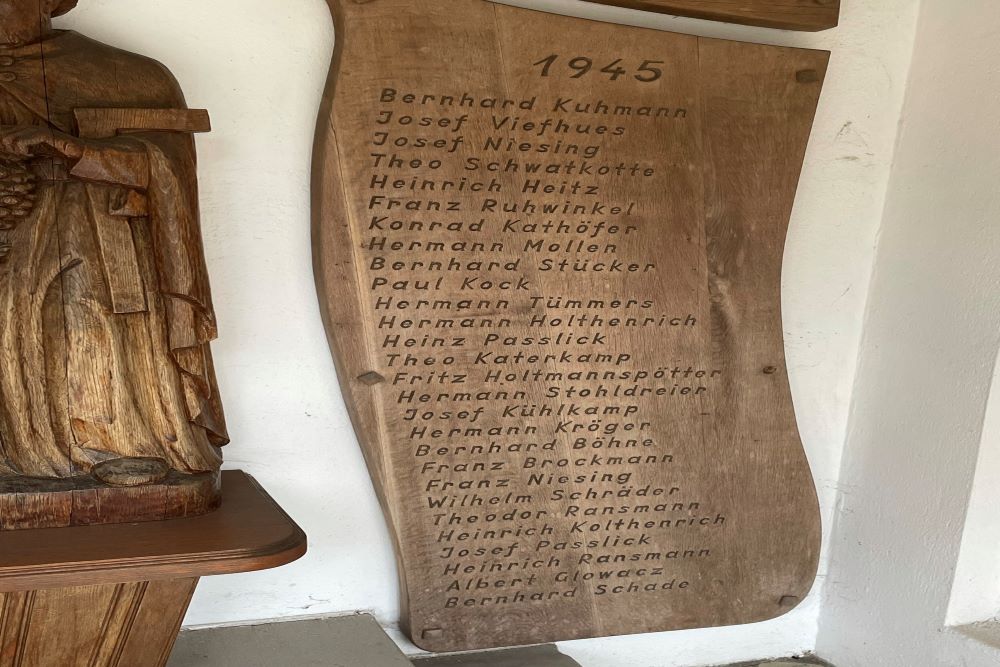 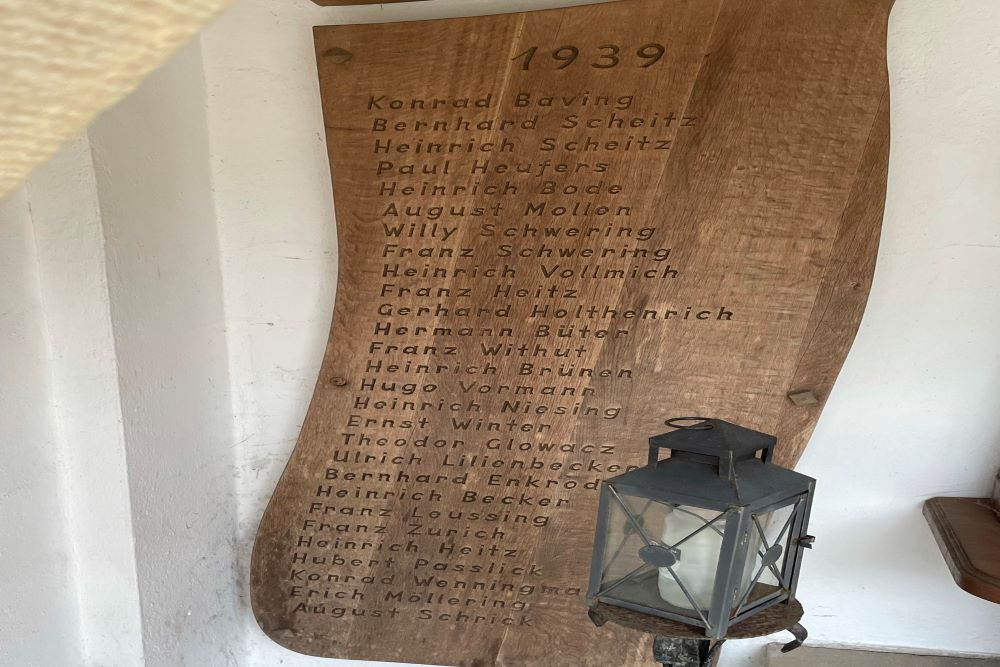 Memorial chapel of the "Berger Schützenverein" in Ochtrup.

The chapel is called "Kühlkampskapelle" after the former owner Wilhem Kühlkamp who owned it. The Archers were allowed to use the chapel for the memorial festivities during the archers' festivities.
In 1985, Heinrich Honerkamp, ​​the now new owner of the building with the chapel, donated it to the Berger Schützenverein. The association promised to keep the monument architecturally and horticulturally in order. The renovation started immediately as the chapel was not in good condition. Several changes and improvements have been made to the monument over the past decade. The roof was fitted with copper and the chapel was given a new wrought iron gate. The trees and shrubs around the monument have been replanted. The forecourt is paved. A flagpole was also erected. All the work was done for free by some of the Gunners. At the end of the renovation, the Kuhlmann company from Münster hung up the wooden panels on which the names of the fallen, missing, captured and killed victims among the Gunners are listed. As part of this work, the wooden statue of the Holy Family from 1957 has been thoroughly restored.
Today the chapel is in a well-maintained condition. A worthy memorial and place of worship for the sons of the Kühlkamp family and for the war victims of the Berger Schützenverein. This shooting club was founded in 1921 by Heinrich Hüntemann. It currently has 350 members.