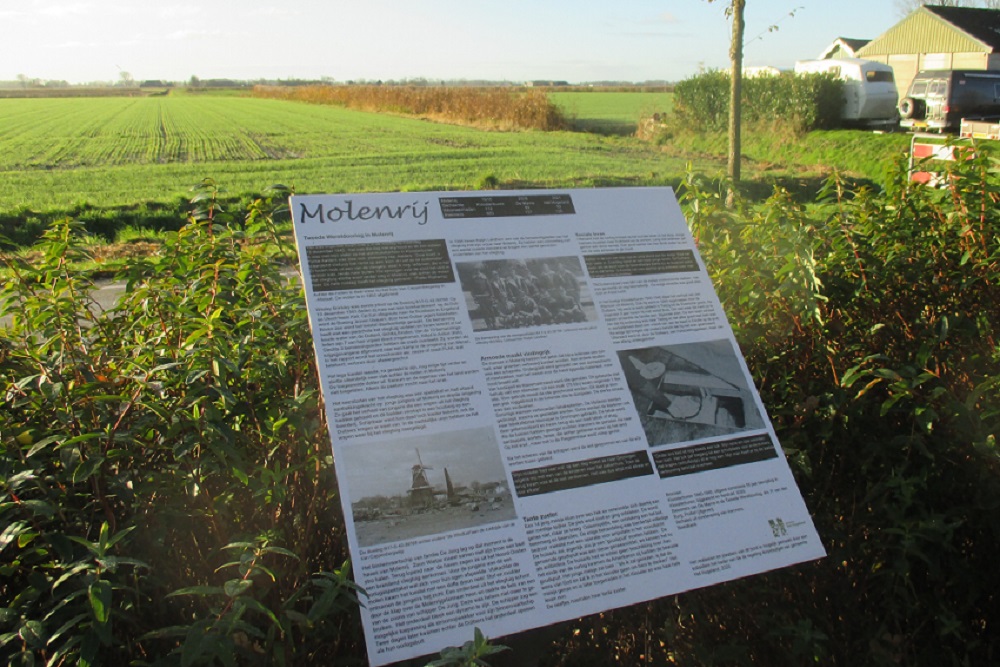 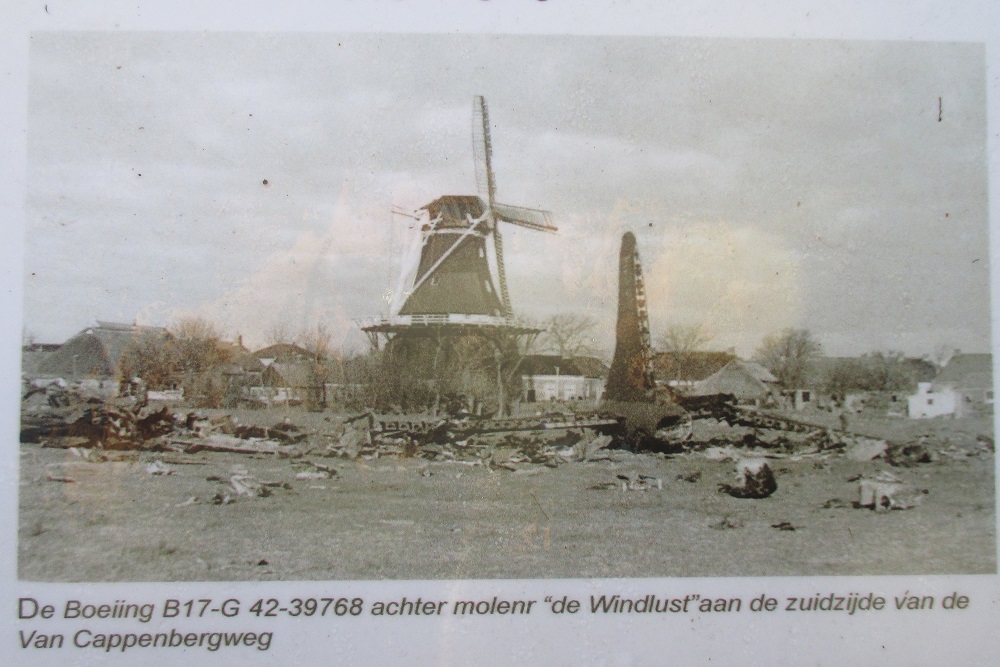 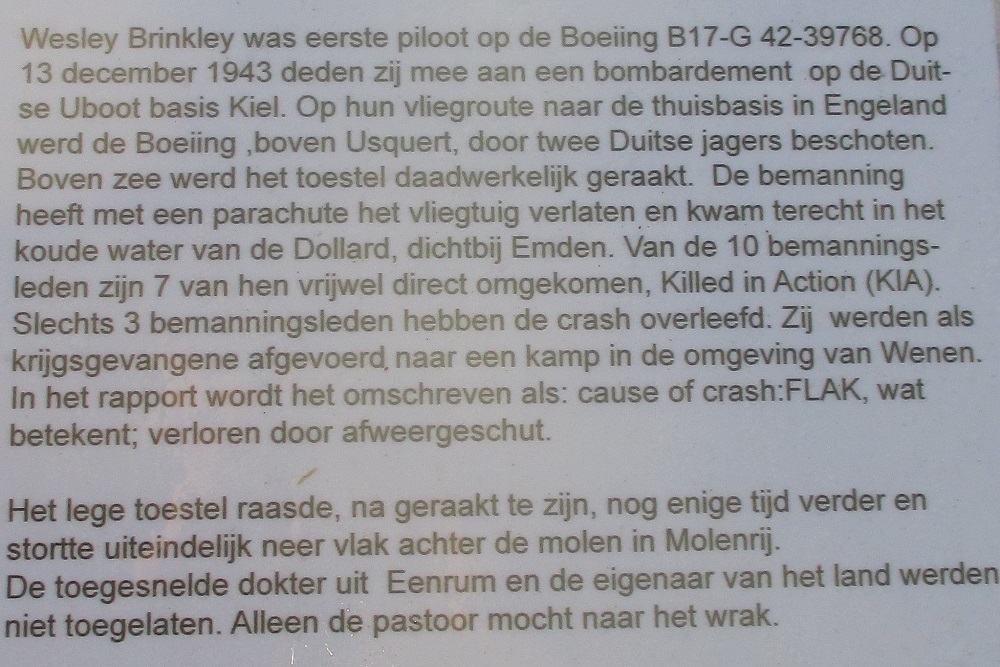 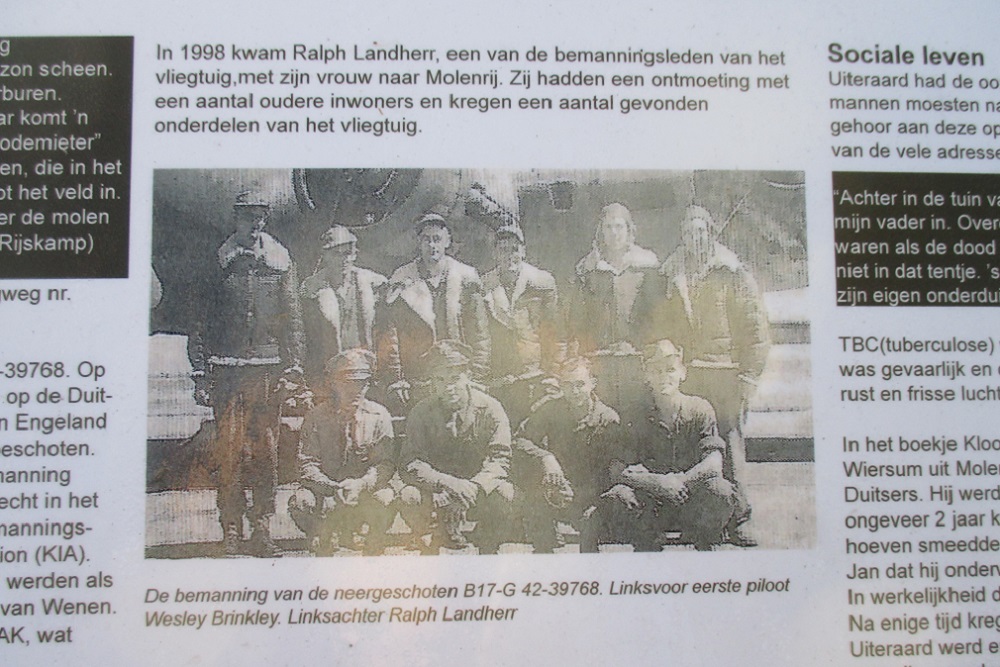 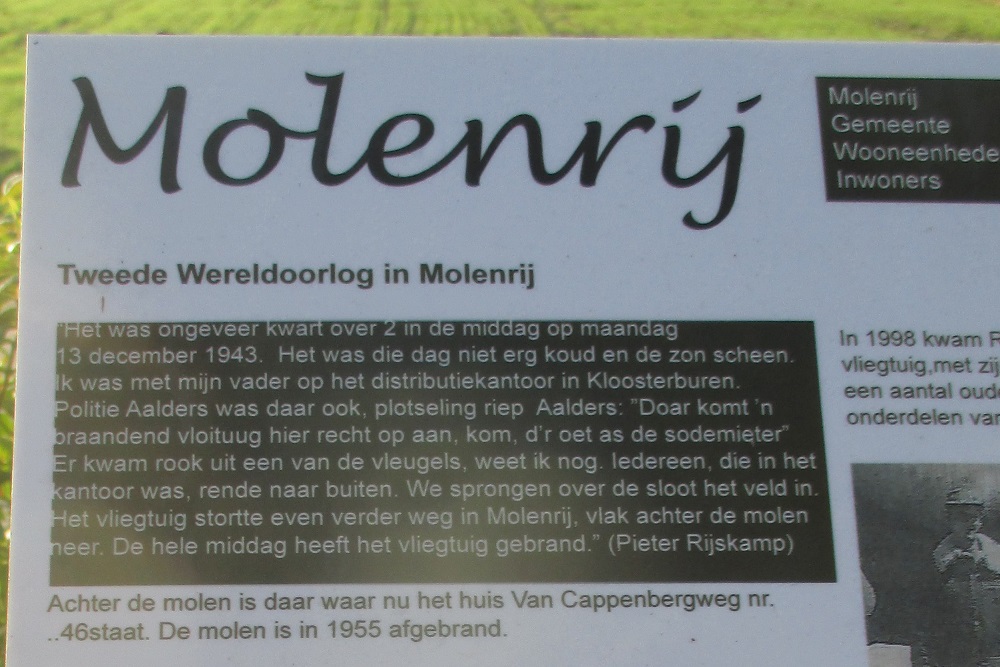 On Monday afternoon, December 13, 1943, about 2:30 PM, a plane comes down. The aircraft came down about 100 meters south of the mill. The mill stood approximately on the spot where house number 46 is now.

On Monday, December 13, 1943, more than 600 B-17fs took part in the Raid on Kiel. The port complex was the target because it was here that the German Navy was located and repairs were also carried out. On the return journey from Kiel to the Snetterton base, they are hit by anti-aircraft fire over Ostfriesland and then attacked at an altitude of 6700 m by two Junker-88 C-6 night fighters. They jumped above Pieterburen and were immediately captured by the Germans and made prisoner of war.
The entire crew of 10 people only 3 persons survived the Second World War, from Monday 13 December 1943 as prisoners of war in various camps in Germany, Austria and Poland. A new information schild is in November 2021.