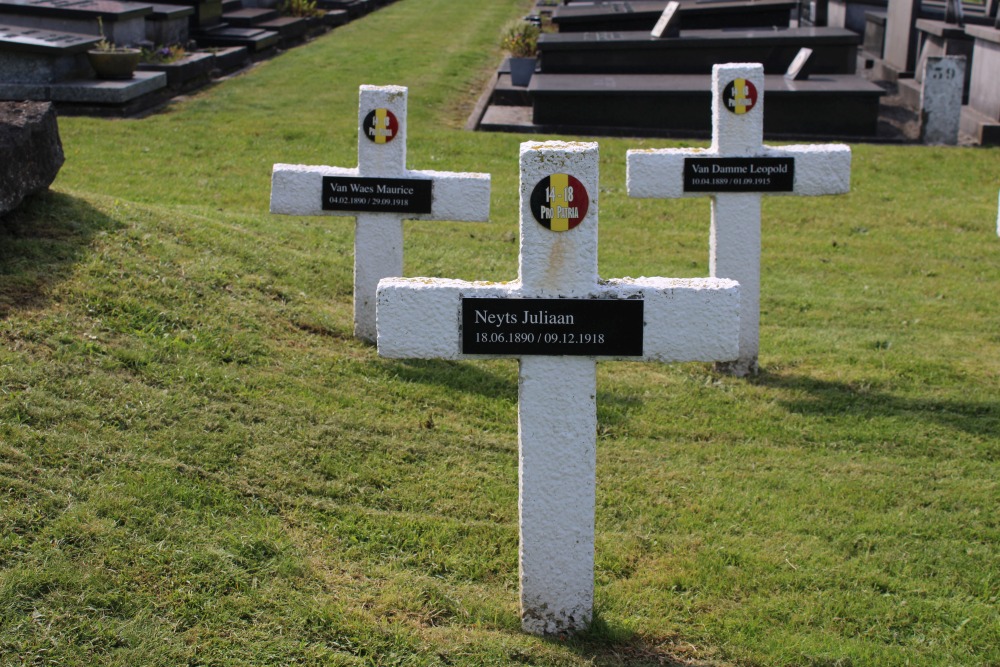 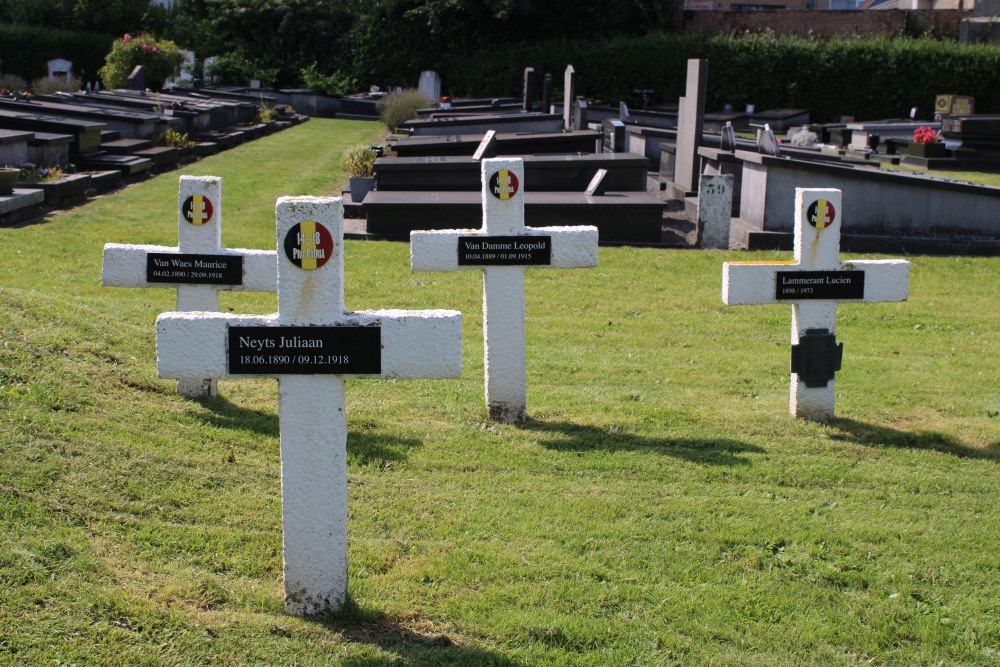 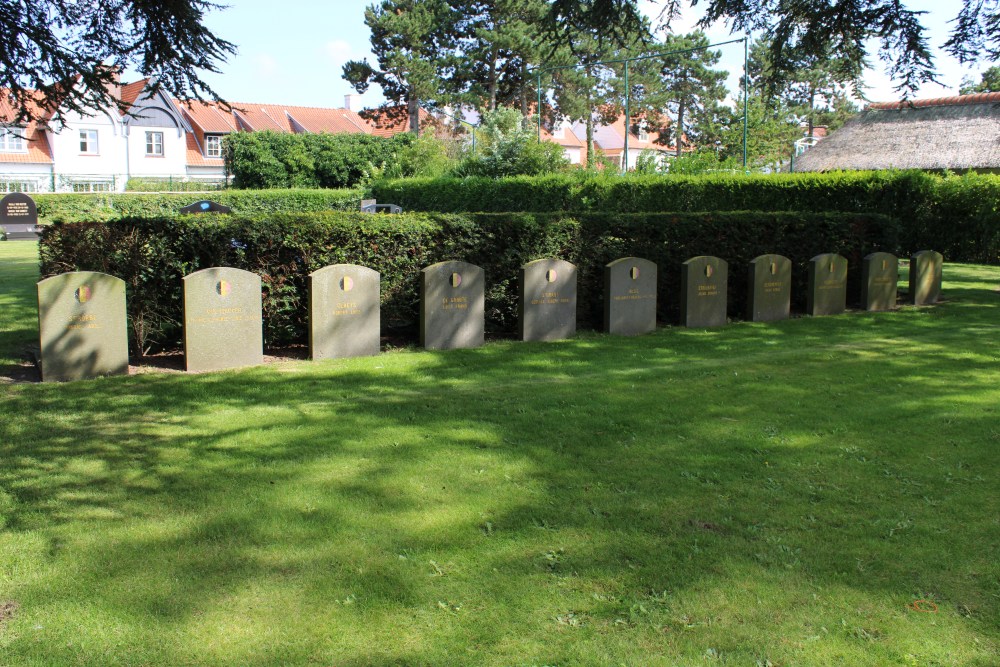 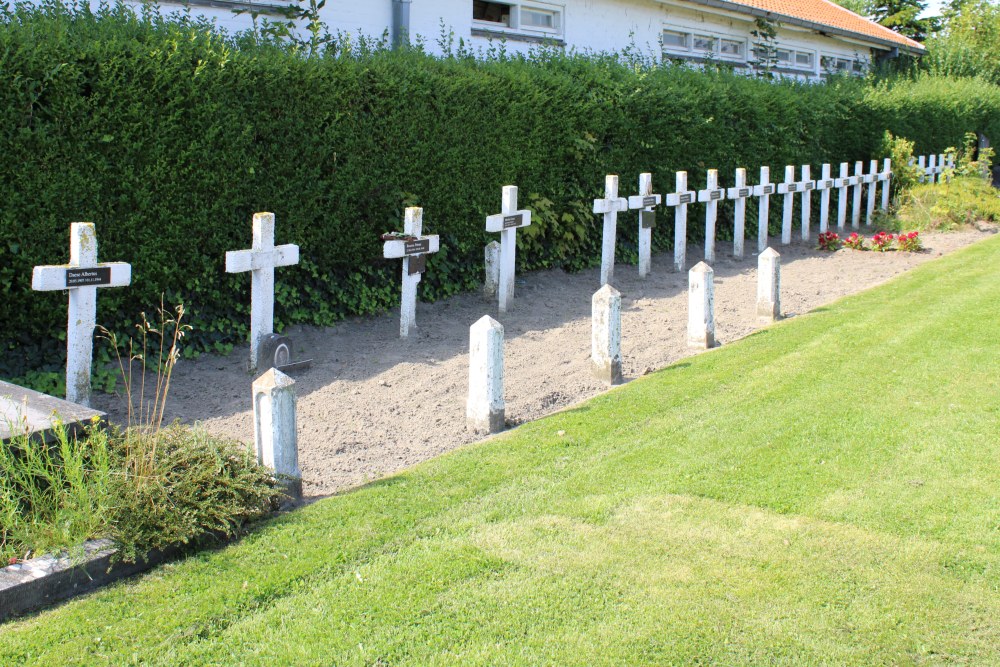 The civilian victims of the Second World War are buried against the hedge to the right of the cemetery.