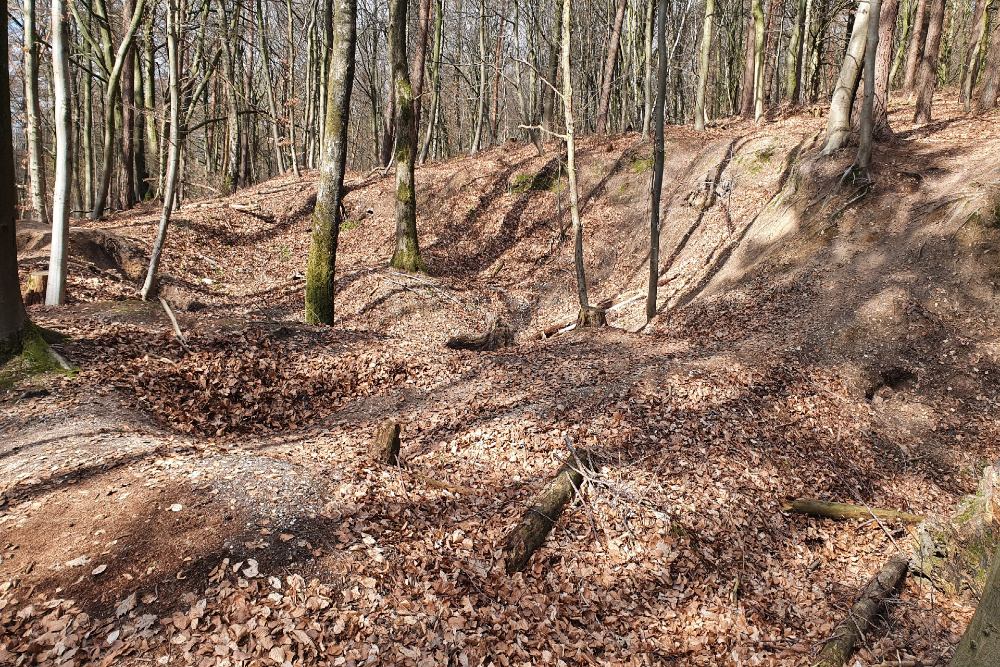 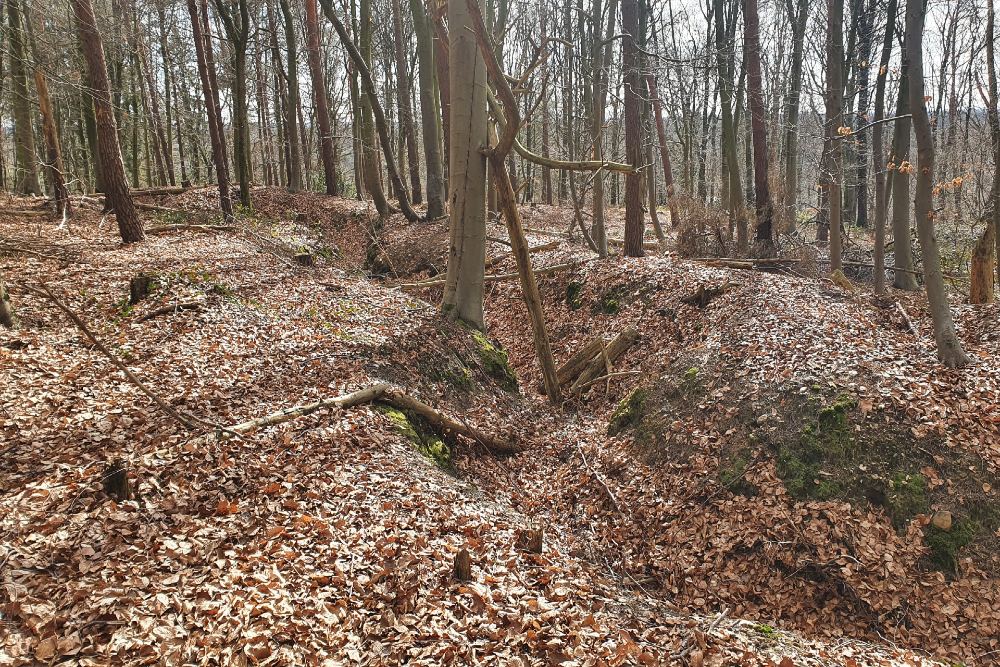 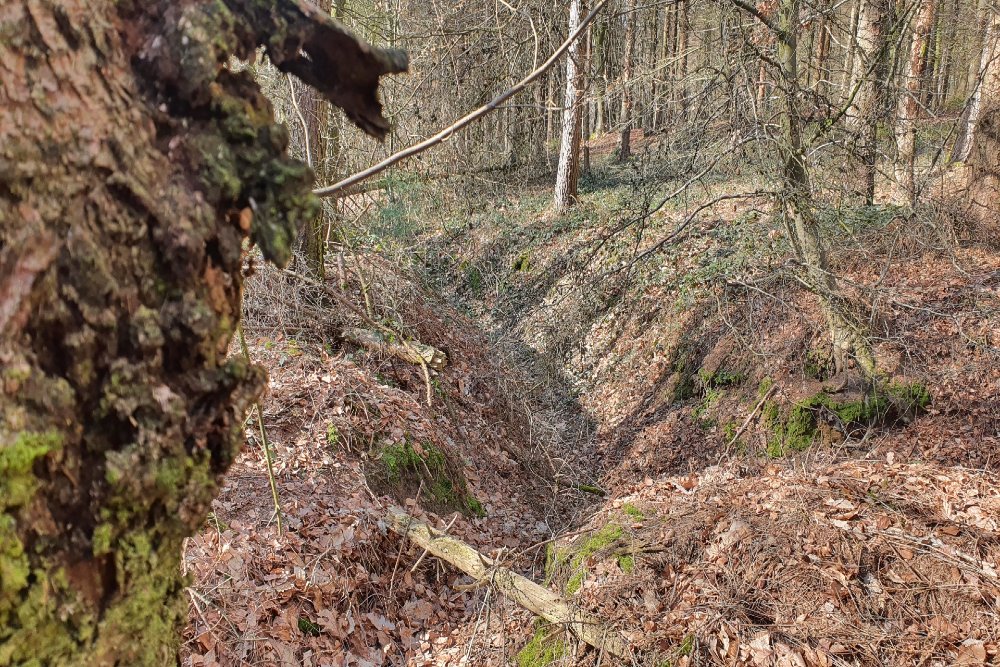 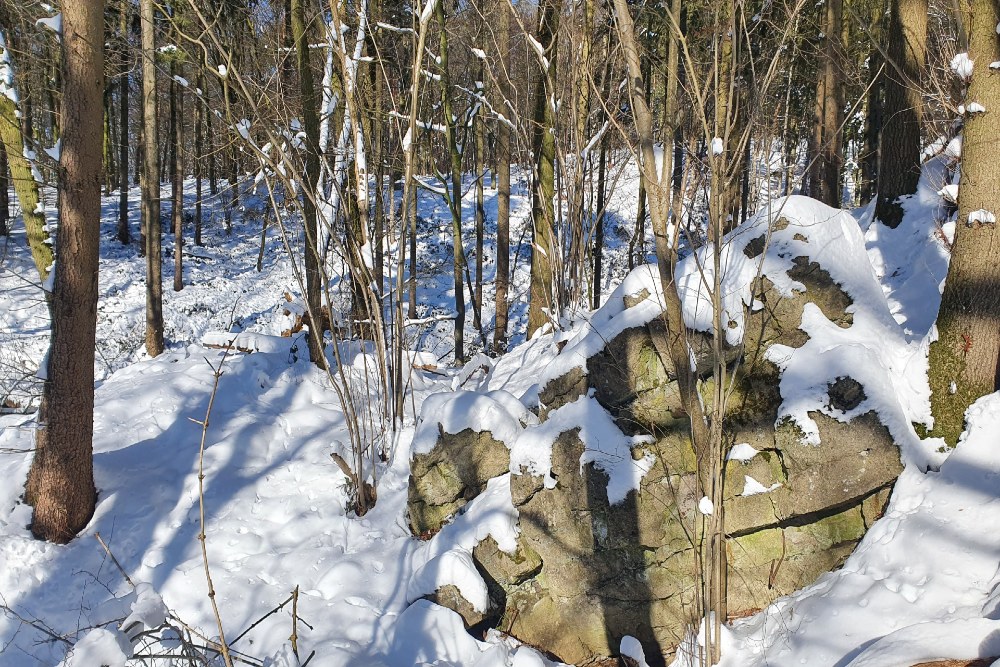 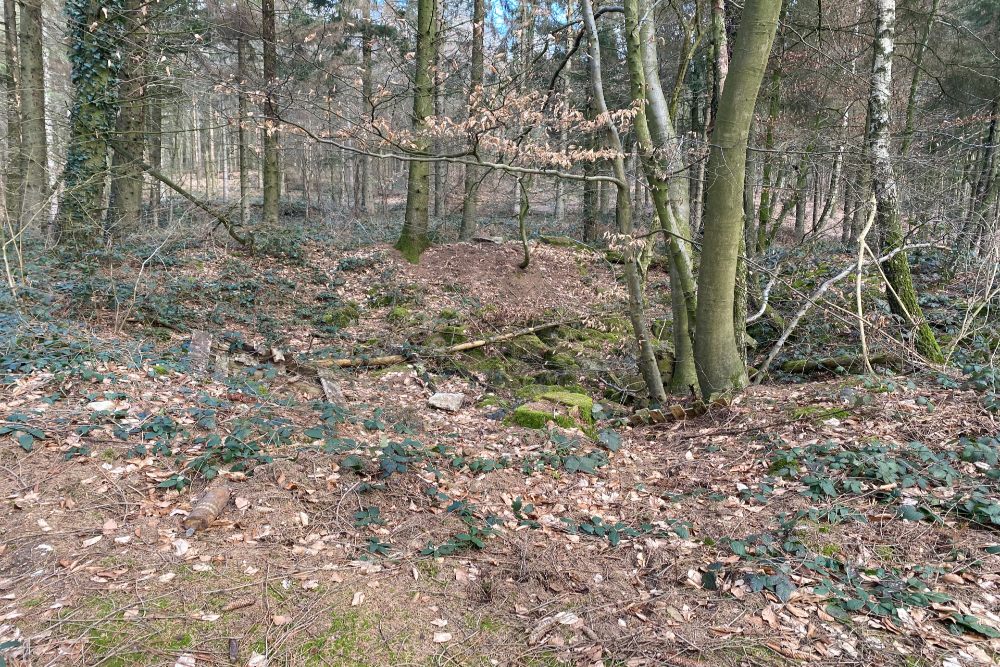 In the Reichswald near the Grenseweg and Holleweg close to restaurant De Diepen are German trenches from the Second World War. These trenches are situated on Pyramid Hill which was conquered by the Black Watch during Operation Veritable in 1945.

Between the trenches there are also pieces of debris from German bunkers from the First World War. These bunkers were blown up after the German defeat in World War 1 and are still visible today.

Pyramid Hill is German territory, but best reachable from the parkingplace near restaurant De Diepen.