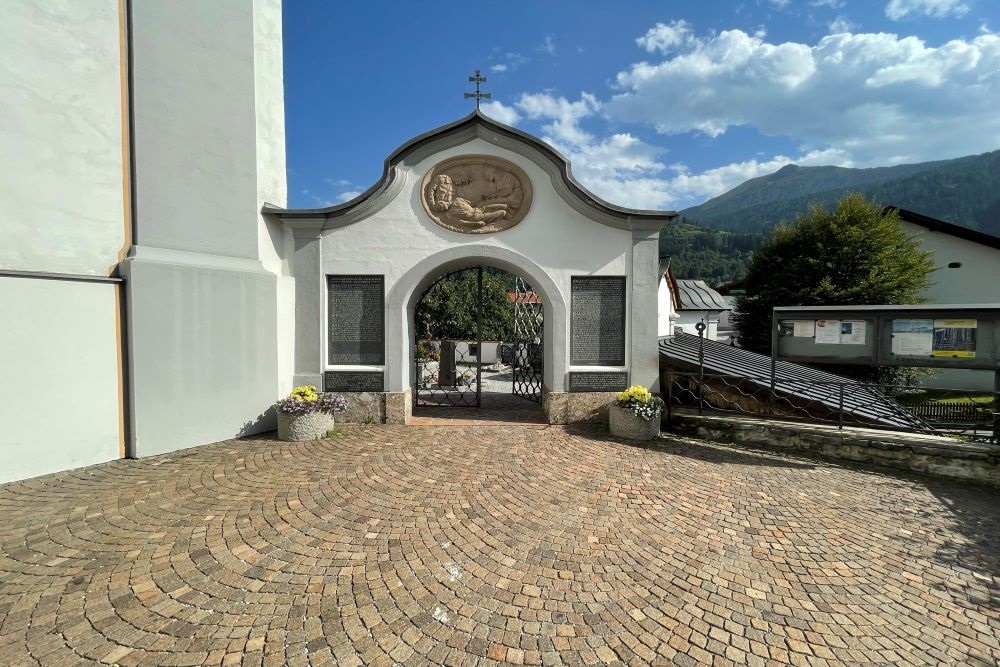 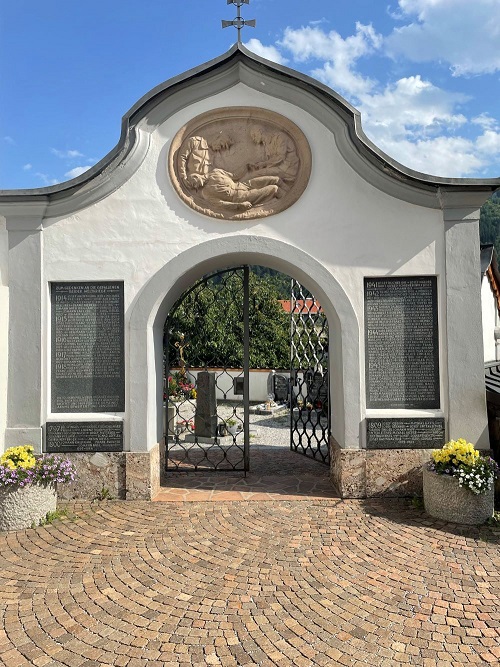 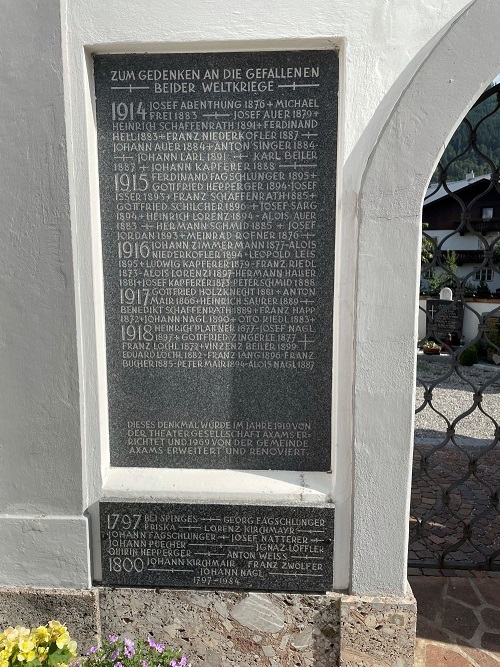 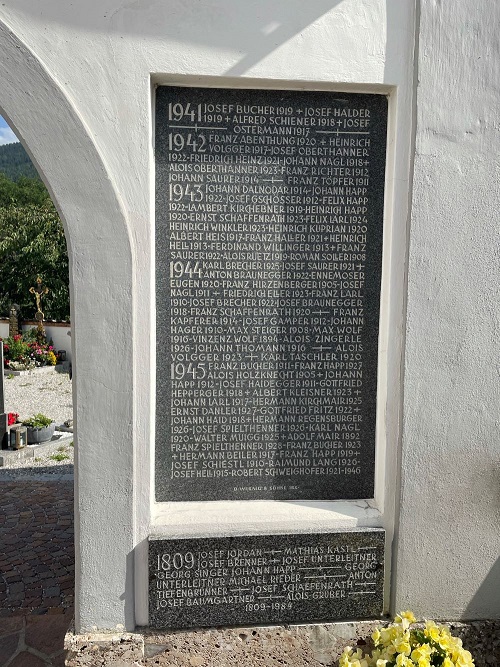 In the place Axams we find a beautiful monument in the form of a gateway. On both sides the names of the fallen from the 3 previous wars, namely the Coalition Wars between France and various European coalitions (the Coalition Wars were a series of seven wars waged by different parties military alliances of major European powers, known as coalitions, against Revolutionary France between 1792 and 1815), the 1st and 2nd World Wars.

In the arch above the entrance a relief of 3 soldiers.

The inscriptions on the monument read:
"In Memory of the Fallen of Both World Wars"