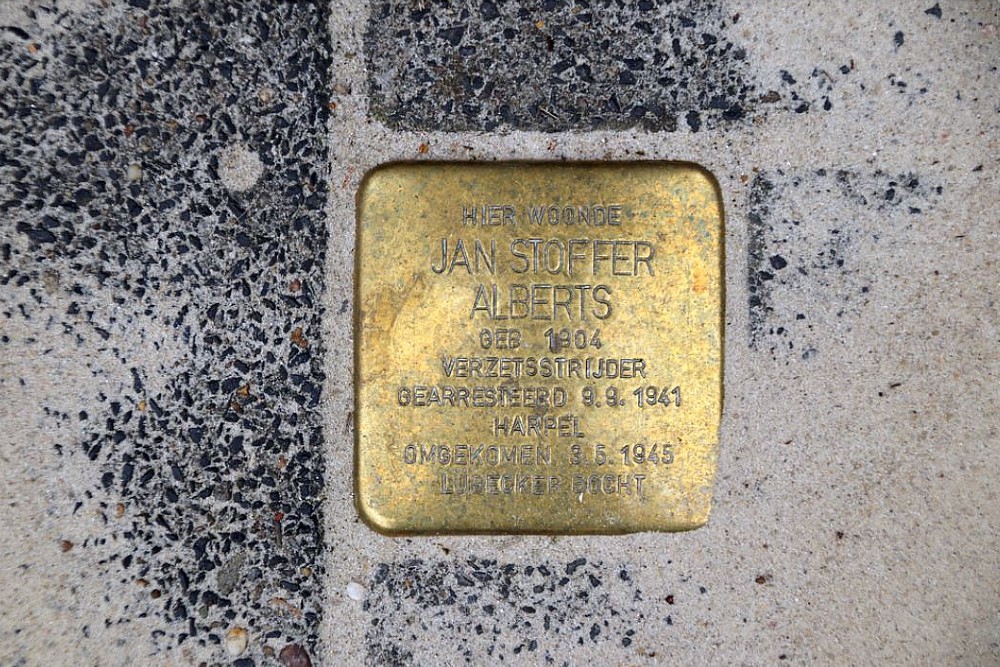 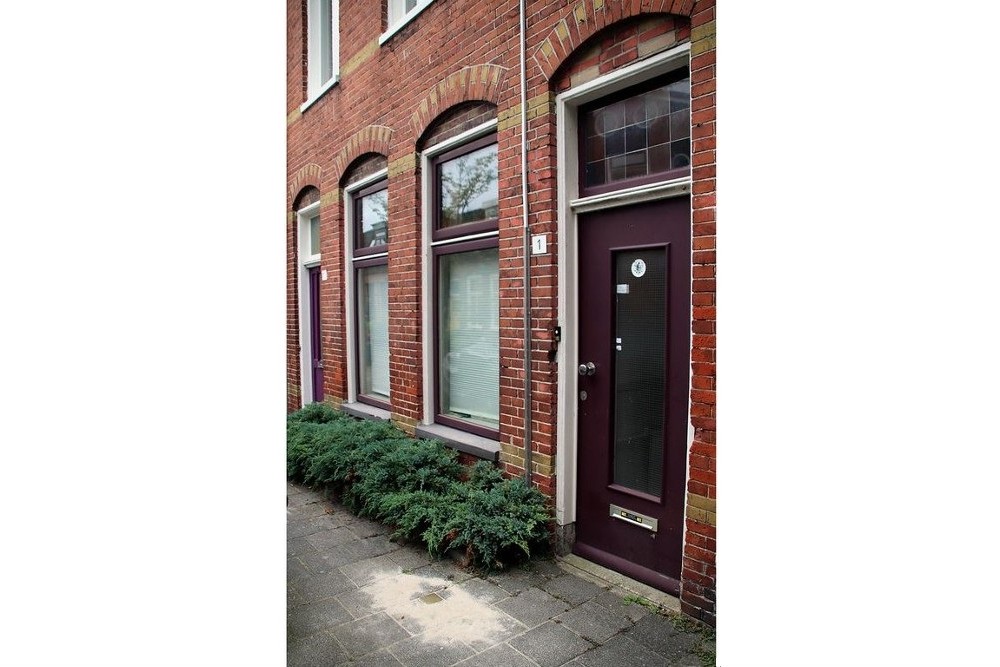 Jan Stoffer Alberts and Geessien Kampstra married and moved to this location on Tweede Spoorstraat location (which was formerly named Friesestraatweg).

Jan was a housepainter and a member of the Netherlands Communist Party (NCP). He was convicted for recruiting fighters against Franco in Spain. He was involved in the emigration group, Rote Hulp (Red Aid) and became a leader in the NCP in Groningen. In the fall of 1940, he was involved in the distribution of the (illegal) Communist newspaper, Het Noorderlicht (The Northern Lights). Soon afterward, he became the leader of CPN in Groningen city and province.

After the strike of February 1941, the pamphlet, "To the Working People of Groningen," was published. Jan, a co-author, went into hiding in several locations. He was finally arrested in the village of Harpel on 9 September 1941 and taken to Groningen, then to Camp Amersfort, followed by Buchenwald, where in April 1942 he met his brothers. Next, he was taken to Nazweiler camp, then Dachau. Another transport took him on 22 October 1944 to Neuengamme camp  his fifth concentration camp, which he also managed to survive.

When the Nazis emptied the Neuengamme camp in April 1945 before the arrival of the Allies, thousands of prisoners were put on the Cap Arcona, a ship which became an overcrowded concentration camp with no food and no drinking water. The Cap Arcona and several other floating concentration camps were hidden in plain sight among other troop ships. With a goal of keeping the Germans from escaping by boat, the British bombed the ships in the harbor. Approximately 7,000 concentration camp prisoners were killed by fire, drowning, or being shot by Germans standing on the shore.

Four days later, the Germans signed an unconditional surrender of all German forces to the Allies.