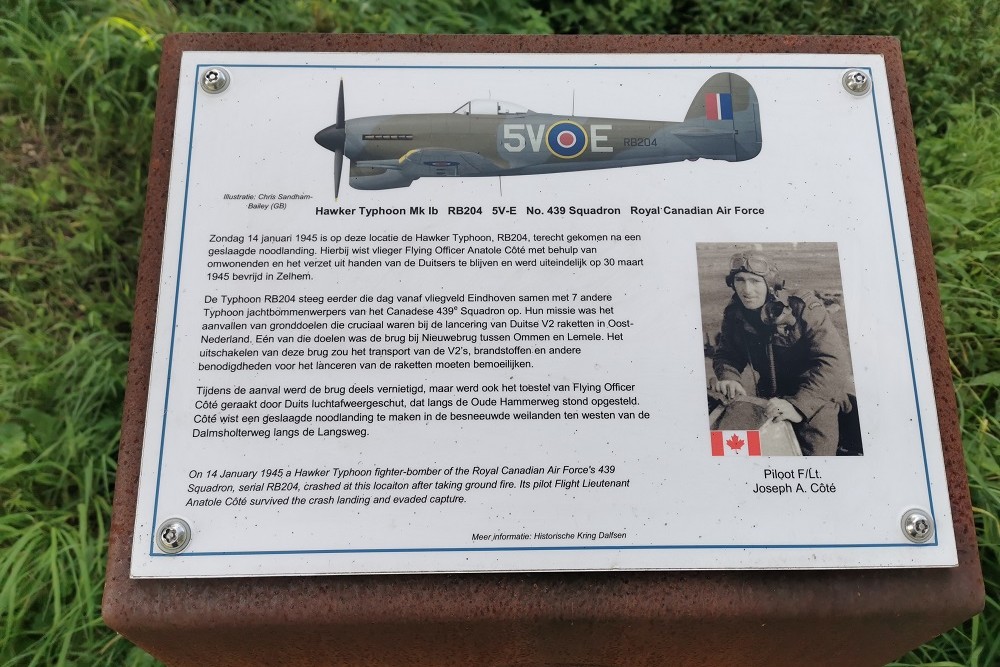 This Hawker Typhoon belonged to the 439 Squadron. The aviator, Joseph-Anatole Cote was shot down by German FLAK on January 14, 1945 but survived the crash and the war.

Joseph-Anatole Cote enlisted in the RCAF at the start of World War II and became a pilot. He was educated in Trois-Riverieres and in Trenton. After his posting to England he became an airfield controller and then an active pilot. He was shot down at this location on January 20, 1945, but survived the crash and the war.