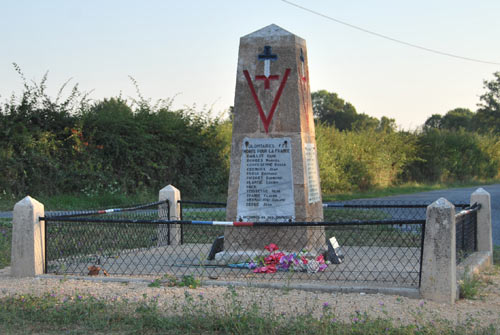 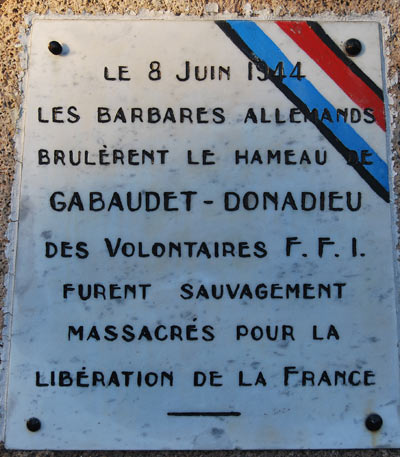 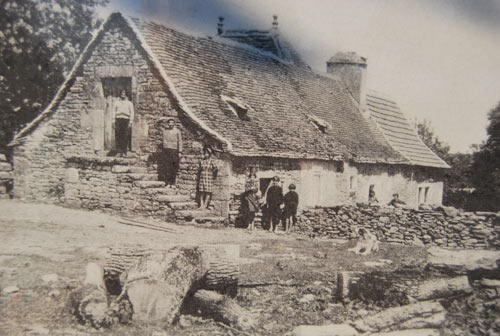 This monument commemorates the massacre on June 8th '44. It stands near the site where the former Gabaudet farm was located. The yard, which consisted of three buildings, lay along an intersection of roads coming from the direction of the village Issendolus, Reihac and Gramat. The resistance used it as a meeting place. After the Allied landing in Normandy the number of resistance members grew noticeably. In the morning of that day several elements of the Montauban-based SS Armoured Division "Das Reich" left the zone towards the Normandy beaches to strengthen the front there. Their mission was to eliminate all forms of resistance. SS units crossed the river "Lot" and the unit made a movement towards the junction of roads at the height of Gabaudet. In the evening SS men surrounded the farm, backed up by tanks and armored vehicles, they invaded the farm at Gabaudet with lots of violence and cruelty. Nearly 40 people were killed or were reported missing. Seventy others were arrested and deported to Dachau. Many of them did not return. This SS division would also have been responsible for atrocities in Oradour-sur-Glane.