Bridge of the Liberation La Glanerie 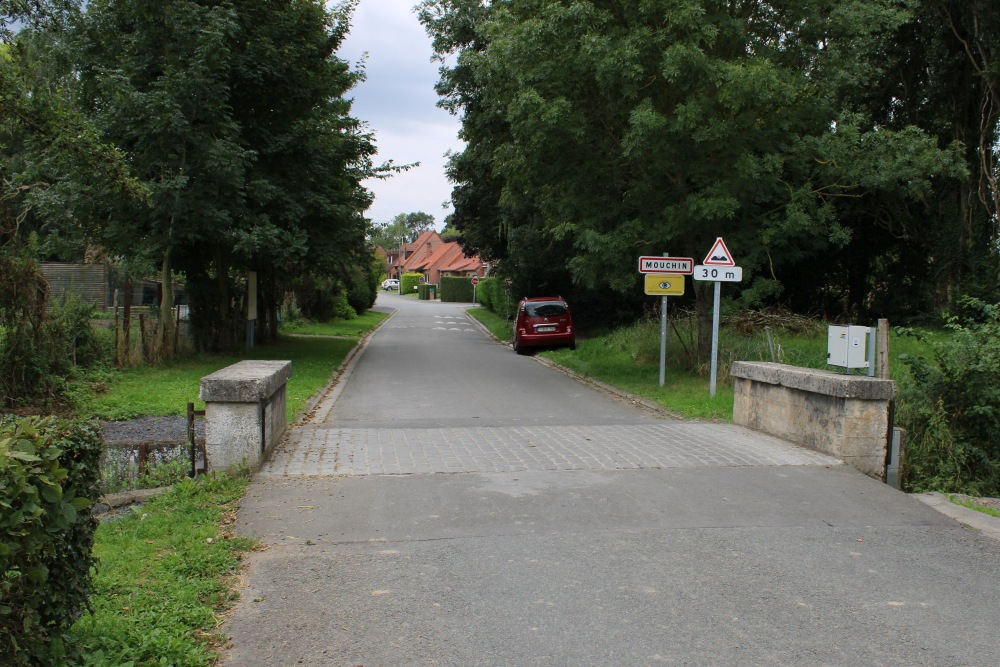 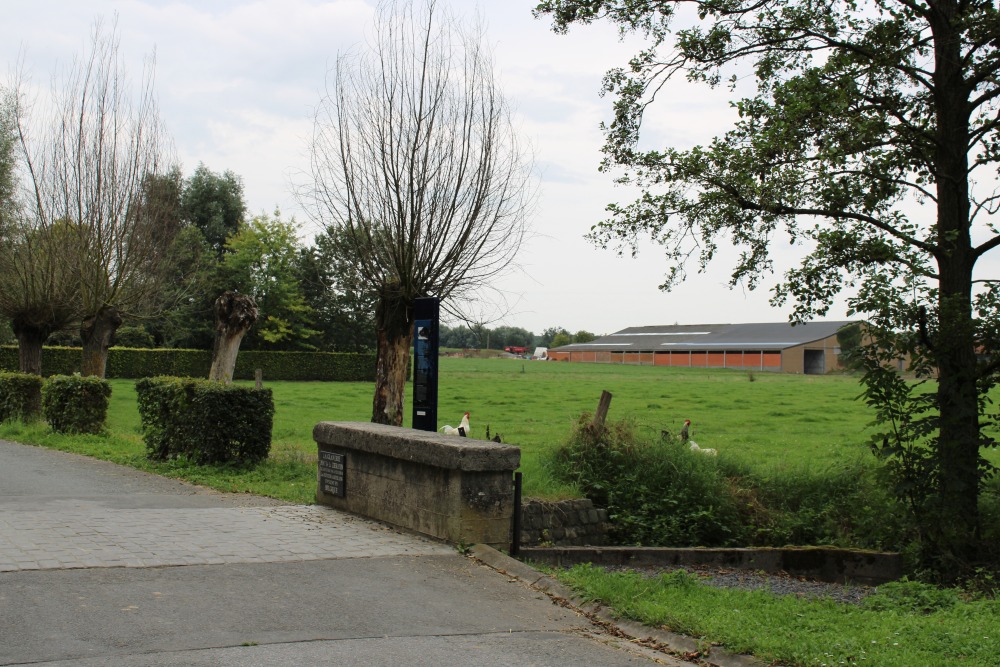 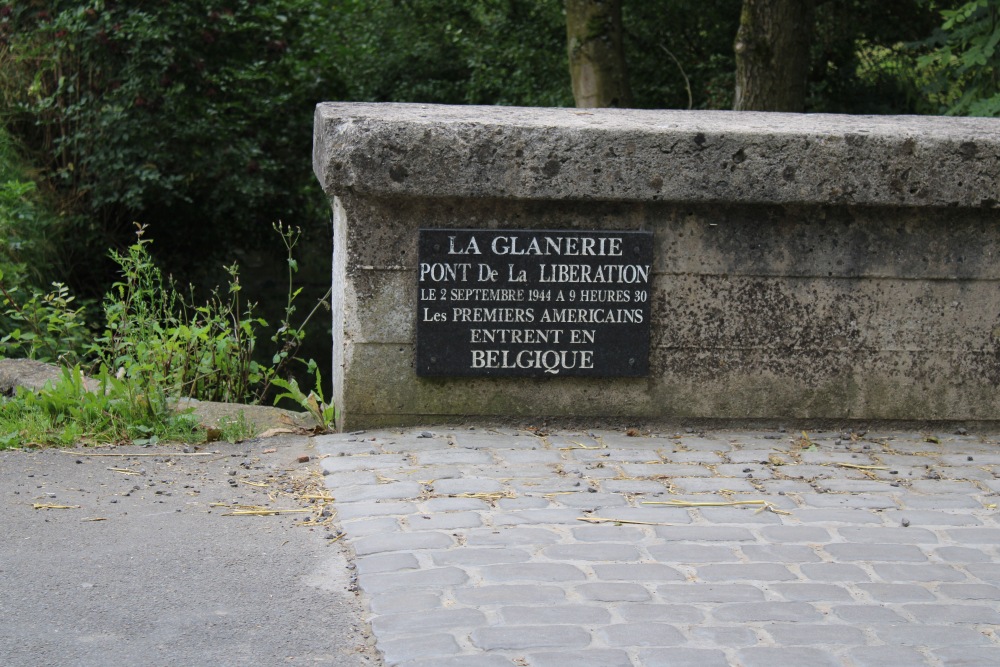 "Pont de la Libération".
On September 2nd, 1944, the skies were abuzz with the sounds of planes as yet unseen, all around there was the muted roar of engines and tanks. A scared population held its breath and no-one dared bring forth and wave those flags quietly sewn in secrecy.
The American 2nd Armored Division called "Hell on Wheels", one of the very first to enter Belgium, headed for the La Glanerie bridge. Earlier a single motorcyclist had approached this Bas-Préau border bridge but had turned back because it lacked permission to cross over. Nearby at the Maulde village, the fist troops of the 30th Infantry Division were also arriving.
On the very next day the manoeuvres of the Resistance helped the English tanks reach Tournai. The Belgian Piron Brigade crossed the border at Rongy. Throughout the area, be it Wodecq, Enghien, Ath or Tournai itself, there was still a lot of shooting, explosions and many dead.
The Allies reached Brussels in the evening and were in Antwerp by September 4th.
Source : Information board.